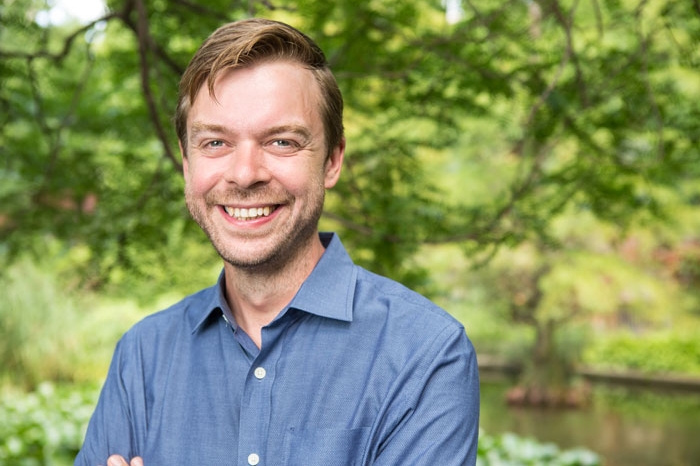 Dr. Jack Gilbert, professor in the Department of Pediatrics and the Scripps Institution of Oceanography at the University of California-San Diego, will present “Human and Environmental Microbial Health: A Global Perspective” at the 2019 Ellis L. and Jennie Mae Krause Lecture in Science at Marietta College on Tuesday, March 19th.

Gilbert’s discussion is scheduled to begin at 7:00 p.m. in the Alma McDonough Auditorium, and it is free and open to the public.

Gilbert joined UC San Diego after working at the University of Chicago Medicine as a Professor in the Department of Surgery, Faculty Director of the Microbiome Center, and Senior Scientist (Adjunct) at Marine Biological Laboratory.  He remains in his position as the Group Leader in Microbial Ecology at Argonne National Laboratory and the editor-in-chief of the journal mSystems.

His past research includes a focus on ecology, evolution, and metabolic dynamics of microbial ecosystems from environments including built environments, oceans, rivers, soils, air, plants, animals, and humans.

He is the co-founder of both the Earth Microbiome Project and American Gut Project, as well as the co-author of “Dirt, Is Good: The Advantage of Germs for Your Child’s Developing Immune System,” all of which are long-term collaborations with Rob Knight, Professor of Pediatrics and Computer Science & Engineering at UC San Diego.

Gilbert earned his Ph.D. from Unilever and Nottingham University (United Kingdom) in 2002, and received his postdoctoral training at Queens University (Canada). From 2005-10 he was a senior scientist at Plymouth Marine Laboratory (UK).

The lecture series, which began in 2002, is supported by gifts from the late Dr. Richard M. Krause ’47, the son of E.L. and Jennie Mae Krause. Dr. Krause served on the College’s Board of Trustees for 22 years.