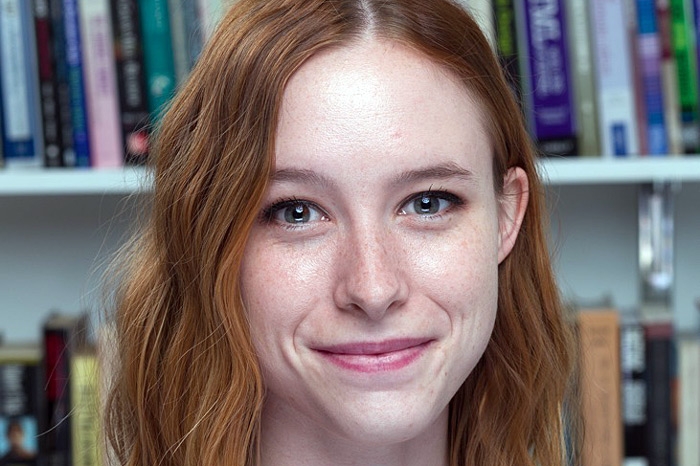 By the time Alexandra Kirsch ’20 graduated from Marietta, she realized that even though she’d majored in Geology, what she really wanted to do was write.

As part of her required Geology curriculum, Kirsch had taken a technical writing course with English professor Dr. Tim Catalano. That class, along with her English minor, set her on a path to pursue her passion and earn a master’s degree in professional writing at Carnegie Mellon University.

This summer, Kirsch landed a technical writing internship at California-based software company Salesforce — an opportunity that not only led to a full-time job but also an unexpected connection to one of her Marietta professors.

Kirsch spent her summer working remotely for Salesforce and writing about the company’s customer relationship management products. Her main project as a technical writing intern was crafting scripts for high-level conceptual videos — a role that allowed her to work with other Salesforce writers and the company’s video staff.

At the end of the summer, Kirsch gave a final presentation about her internship to her colleagues, and she mentioned Marietta College. Another writer on Kirsch’s team, Kristen, messaged Kirsch on Slack, saying that her former college roommate, Dr. Katy McDaniel, was a Marietta professor.

“This conversation was so funny,” Kirsch said. “It started really casual, and when Kristen and I discovered that we had this connection, we were shocked. Salesforce is such a big company, and they employ hundreds of technical writers. I couldn’t believe that I not only met, but worked closely with Dr. McDaniel’s roommate.”

Kirsch and McDaniel had developed a strong relationship during Kirsch’s time at Marietta. Kirsch had taken two classes from McDaniel, and McDaniel served as a second reader on Kirsch’s honors thesis. When Kirsch decided to go to graduate school for professional writing, McDaniel wrote her letters of recommendation — because she was so familiar with Kirsch’s strengths and her writing ability.

Both Kirsch and McDaniel’s former college roommate texted McDaniel immediately to tell her about their surprise Salesforce connection and the fact that they’d gotten to spend the summer working together.

“When Kristen texted me that a Marietta College student of mine had been an intern at her company, and then that it was Alex Kirsch, I immediately said, ‘Lucky you!’ ” McDaniel said. “And Kristen wholeheartedly agreed. Everything that made Alex an exceptional student at Marietta College — her communication skills, work ethic, ability to work with others, and scientific acumen — make her well-suited to this career. I’m excited to follow Alex on her journey, and I’m so glad she’s kept me posted along the way.”

In January, Kirsch officially will start her full-time job as a technical writer with Salesforce in San Francisco.

“Because Salesforce is such a strong, and well-known tech company, I know this position will be an amazing experience that will likely open up doors in other companies or industries as well,” Kirsch said. “I'm going to learn and grow so much through this job, and I truly couldn't be more excited.”