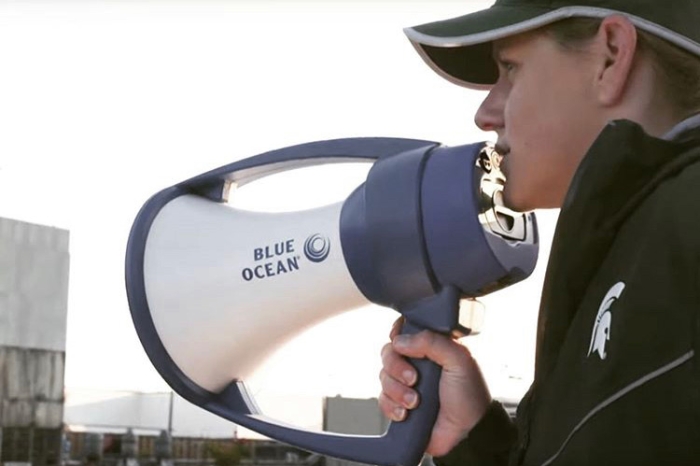 As colleges celebrate the 50th anniversary of Title IX during the 2022-23 academic year, it has become clear that the women who pioneered athletics on campuses in the 1970s, 1980s, and 1990s were more aware of the impact of the landmark federal legislation.

Kim Becker Chavers ’08 considers herself lucky to be more aware and appreciative of how so many people before her had to fight for equal treatment.

“I think I was a little more aware of (Title IX) because my dad was a high school athletic director, and I got to see what he did to improve women’s athletics,” Chavers said. “When we moved to Egg Harbor Township, New Jersey, my high school had a co-ed soccer team, and early-on my dad set out to have a girls’ team so the school could provide this opportunity.”

Chavers is also a shining example of the positive impact of Title IX as she will begin her fourth season as the head rowing coach at Michigan State University, which is celebrating its 25th anniversary this season.

“If you had asked me when I was a student at Marietta College if this would have been a goal of mine or if I thought this would happen, I probably would have laughed,” she said. “The experience I had at Marietta prepared me well for being a professional coach. My teammates and coaches were extremely supportive during my time there and beyond. It has been really cool to see some of the coaches I had at Marietta out now as colleagues at races.”

Chavers earned a Bachelor of Science degree in Health Science from Marietta and then earned her Ph.D. in Physical Therapy from Northeastern University in 2012. However, to earn some money, Chavers began coaching as the boys’ varsity head coach at Bishop O’Connell High School in Arlington, Virginia. Then she served as the novice girls coach at Boston Latin School from 2009-11 and was also MIT’s club rowing coach during the 2010-11 season.

“My first full-time coaching position was as an assistant coach at Stetson University in Florida, and I was the assistant for both the men’s and women’s programs,” she said. “That was one of the first times I really had to recruit in the Division I model. Some of it was trying to learn on your feet and some of it was utilizing the resources you have.”

Before arriving at MSU, Chavers was an assistant coach at Old Dominion University, helping guide the Monarchs through their inaugural season in the American Athletic Conference. Her first two seasons with the Spartans were negatively impacted by COVID-19.

“We came back from our spring break training trip (in 2020), and everything was canceled, and the students were sent home. That following summer it looked questionable whether sports were actually going to start and would the university even open,” she said. “I’m grateful that Michigan State had the ability to support student-athletes coming back and competing that year. But it was hard for all our student-athletes and the staff with all the precautions and trying to keep everyone safe. We were testing numerous times a day at some point. I kept track for a while, and we reached a point where we had been tested over 5,000 times. It seemed so crazy that we were going through that much to play sports.”

This past spring was the first time many of her rowers got to experience a typical college season.

“My freshmen and sophomores had never really competed, and their families did not have a chance to see them compete at the collegiate level,” Chavers said. “Then this year started and to be able to go to that first race and to have family and friends there to cheer them on and to be able to race teams from the East Coast and the Southeast and the West Coast that we hadn’t seen in years it was such a more normal experience and an enjoyable one for our team.”

Chavers is embracing what she learned at Marietta and bringing much of it to East Lansing, Michigan.

“Marietta has such a long tradition of rowing — both men’s and women’s. That was something that was very present in my experience there,” she said. “So, over the last three years, I have been trying to showcase our program’s history more. When you go into the Marietta boathouse, and even more now that it has been renovated, you see the photos of the crews and the recognition of the accomplishments of your predecessors. That was not entirely demonstrated here, so I spent a lot of time finding old photos and sharing that history with the team and making connections with alumni and family and friends of the program.”

While Chavers says the positive impact of Title IX is apparent to her every day, she still sees ways things could be improved.

“When we travel as a team and we only have one male staff member, and oftentimes people who don’t know our program — someone who works at a restaurant or a hotel — will walk up to our male staff member thinking he’s the head coach,” she said. “It’s moments like that where Title IX has done a lot to support women, but more needs to be done to help normalize women in these types of roles.”