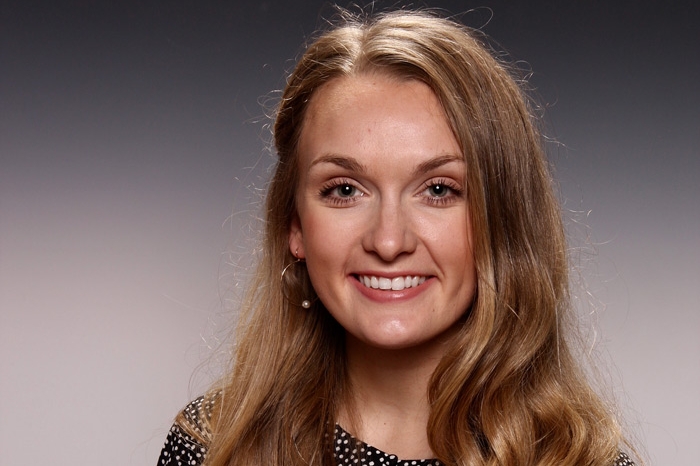 Returning to Ashtabula was not something Mattie Stowell ’14 was looking to do.

Still, after graduating from Ohio State’s College of Dentistry in 2018, Stowell immediately found herself back at a place that she was very familiar with, her hometown dental office, Ashtabula Dental Associates.

“It just sort of worked out that way,” said Mattie, who earned a Bachelor of Science degree in Biochemistry from Marietta College. “I really wasn’t sure where I wanted to end up, but small-town dentistry was where I wanted to be, so when ADA reached out to me, I knew I had something special there.”

Another twist of irony is she replaced her childhood dentist Dr. Greg Seymour, who allowed Mattie to shadow him extensively when she was in high school and in college. On her first day, Dr. Seymour sent his protégé flowers.

“Now I’m in his office. I guess I’ve come full circle,” Mattie said. “This is similar to Marietta. The patients are good people and they are great to work with. That makes a huge difference in your day.”

Mattie was a standout student at Marietta, and she believes her experience prepared her well for four years at OSU.

“I actually can’t believe that I’ve finally finished dental school, but my success at OSU is related to the truly rewarding experience I had at Marietta,” she said. “Marietta is a small school and the pre-dental focus if fairly uncommon. However, with that said, I think my Marietta experience helped me stand out and get into dental school.”

Mattie, who also earned a certificate in Leadership from Marietta’s highly-regarded McDonough Program, was accepted at both Ohio State and the University of Michigan dental schools.

“We take a bunch of biochemistry classes in dental school, so I felt very well prepared to take the dental admissions test (DAT) and at Ohio State — among others including microbiology and anatomy. I had such a tight-knit group of professors and study partners at Marietta. I was able to use the way I was taught to study at Marietta in dental school,” Mattie said. “Cadaver was also a huge part of my first-year curriculum. Marietta is one of the only small schools that offers a cadaver lab. A lot of people in my class had never done that before, so I felt very fortunate.”

Mattie, who played soccer for the Pioneers, says many students coming out of high school sometimes feel like they can’t do it all in college.

“They say it takes a village, and at Marietta, that’s what you get. With excellent professors, coaches, mentors and the will to work hard, you can set the bar high for yourself,” she said. “As a former student-athlete, I think it’s important to mention that coaches can really be an asset.”

Mattie said the entire faculty in Biochemistry helped prepare her for dental school, but one in particular — Dr. Steve Spilatro, McCoy Professor of Biochemistry — provided a mentor that she needed.

“Mattie was always at or near the top of the class,” Spilatro said. “She was a stellar student all around, earning solid ‘As’ in my courses and demonstrating the lab skills and meticulous work habits we would hope for in a dentist. Mattie was also always cheerful and good-natured, a real pleasure to know.”

Spilatro wrote one of the glowing recommendation letters for Mattie as she searched for a dental school.

“I would put the recommendation letters from a small school up against big schools any time,” she said. “You get to know the professors and I know the letters were personal and that makes an impact.”