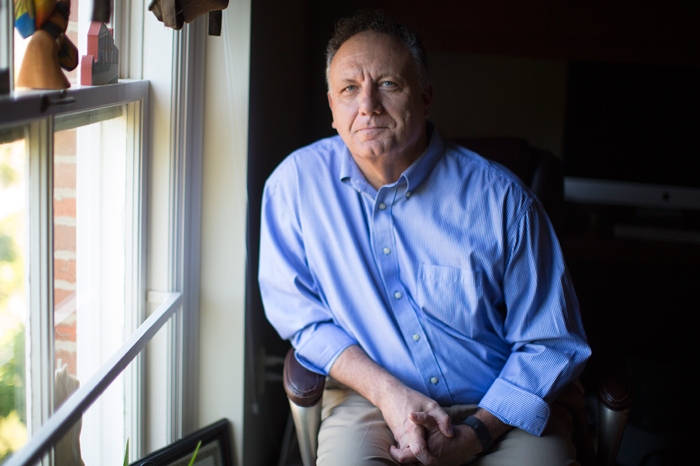 Marietta College McCoy Professor of Education Dr. Bill Bauer is the 2017 recipient of the Excellence in Community Impact Award, presented by the Ohio Center for Autism and Low Incidence (OCALI).

Established by the Ohio State Legislation in 2005, OCLI’s mission is to inform public policy, consult and collaborate with both state and national partners, and research, develop, and deploy best practices with the goal of serving families, educators, and professionals working with students with autism and low-incidence disabilities.

OCALI Awards recognize and celebrate the achievements and impact of leaders and champions whose continued work, contributions, and stewardship help support and improve outcomes for people with autism, sensory disabilities, and low-incidence disabilities.

As Simon Buehrer, Conference and Events Manager for OCALI described it, the Excellence in Community Impact Award recognizes Bauer's dedication and achievements over the years as an author, professor, and developer of programs that have touched the lives of many individuals with disabilities.

Bauer will be recognized for his contributions and presented the award at OCALICON 2017, the nation’s premier autism and disabilities conference, on Thursday, November 16th at the Greater Columbus Convention Center in Columbus.

Though he has been the recipient of many awards recognizing his life of service over the years, Bauer remains humbled and touched to be appreciated for his work.

"I was shocked, to say the least," Bauer said. “It is astounding that the work that I’ve done with many of my friends and colleagues is being recognized at this level. I’m humbled beyond belief.”

OCALICON is the conference manifestation of OCALI’s mission. Since 2007, almost 14,000 participants, from all 50 states and 16 countries, have participated in the conference.

All of his life, Bauer has been embodying OCALI's mission and the organization's belief that individuals with autism and low incidence disabilities have a right, need and desire to achieve their full potential.

In addition to his work as a professor at Marietta, Bauer serves as a consultant to many disability organizations regarding transition and lifespan development. He has published multiple articles in professional journals and is an invited contributor to the book “Empowering Students with Hidden Disabilities;” is a founding and former member of Ohio Legal Rights, now Disability Rights of Ohio board; the former Chair of the Ohio Rehabilitation Services Commission, now Opportunities for Ohioans with Disabilities; is a member and former chair of Ohio Council for Exceptional Children - Student Chapter; the current Chair of Ohio CEC-TED (Teacher Education Division) as well as the Ohio State Advisory Panel for Exceptional Children and the State Council for Exceptional Children (SAPEC); and a member and vice chair of the J. Dudley Luce Foundation.

Outside of the classroom at Marietta, Bauer is a co-director of the Pioneer Pipeline program, a program that matches students with disabilities with college students to improve communication skills of people with high functioning forms of autism as they make the transition from high school to college. He also serves as the Program Principal Investigator of the Parents as Partners program, which provides education students the opportunity to learn directly from parents of children with disabilities in the local area.

Many, including Ginger O'Connor, Director of Early Childhood and Therapy for the Washington County Board of Developmental Disabilities in Marietta, who nominated Bauer for the Excellence in Community Impact Award, are often in awe of his character and tireless commitment to such a worthy cause.

“Bill remains a humble man who continues to fight discrimination against those with disabilities and to open doors to brighter futures where full potentials may be realized,” she said.

For Bauer, he can't imagine leading his life any other way.