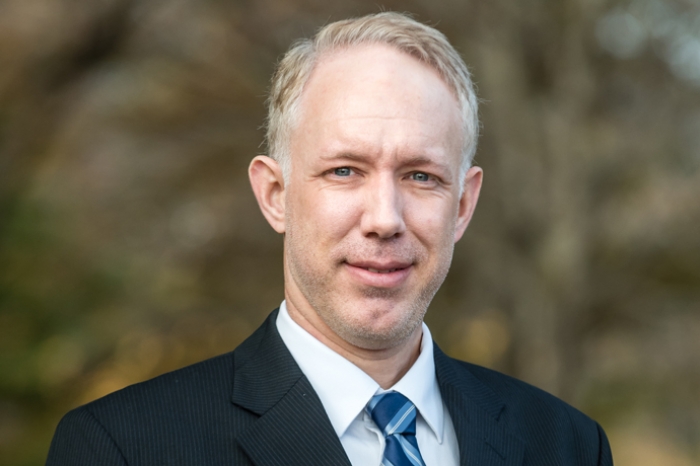 When Dr. Brandon Downing was growing up in western Pennsylvania, he had no idea he would someday write about the very Native Americans who called Kittanning home centuries before him.

The story of the Delaware Indians is written in American history but it is from the viewpoint of non-Native peoples. Downing, a Marietta College History professor, recently received a junior research grant from the Ohio Academy of History to complete his efforts explaining why the Delawares strayed from their normally diplomatic way of life to turn violent against settlers in the mid-1700s.

“Indians need to be incorporated into the larger narrative,” Downing said. “This gives them a voice in the shaping of Pennsylvania history and our nation’s history.”

Downing’s research focuses on two major events in which the Delawares committed violence against Euro-American settlers. The first event is the Penn’s Creek Massacre while the second is the Great Cove Massacre. At Penn’s Creek, a settlement of about 25 people was attacked, with all settlers either killed or captured. At Great Cove, a much larger group of settlers was again killed or captured. The attacks occurred during what is now known as the Seven Years’ War.

Downing has already written a paper titled “Performative Violence as Political Discourse; Delawares during the Seven Years’ War, 1755-1758.” He hopes to continue his research in an effort to reach a more complete understanding of the Delaware Indians and their perspective of the advancing white settlements.

“The violence had meaning behind it — it was carefully constructed with a defined purpose,” he said. “But Indians are an oral culture — they didn’t write things down.

“What’s unique about my research is looking at performative violence,” he said. “When you go to a play, the performance is choreographed and it’s sending the audience a message,” Downing explained. “The Delawares performed the violence and the colonists were the audience, but what was the political message being sent?”

Downing says the Delawares believed in diplomacy but their efforts to regain a role in Pennsylvania politics through diplomacy failed. They turned to violence instead.

“It was the only thing colonists understood,” Downing said of the Native Americans’ perspective.

“The Ohio Academy of History’s recognition of Dr. Downing’s research on the Delawares during the Seven Years’ War reveals its importance to both colonial and Native American history,” said Dr. Katy McDaniel, Chair of the History Department. “Since he came to Marietta College in 2017, Dr. Downing has brought a lot of needed attention to the Native American presence in the Mid-Ohio Valley, giving talks locally and on campus, working closely with local public history sites, teaching his course on Native American History, and helping to organize the College’s first celebration of Native American Heritage month last fall.

“We are delighted that Dr. Downing’s work is getting the recognition it deserves, and this grant will allow him to continue and expand upon this valuable area of study.”

Downing said he will use the grant to travel to Philadelphia to get a first-hand look at some important documents and expects to complete his report by this fall.