More on the College's Economic Impact 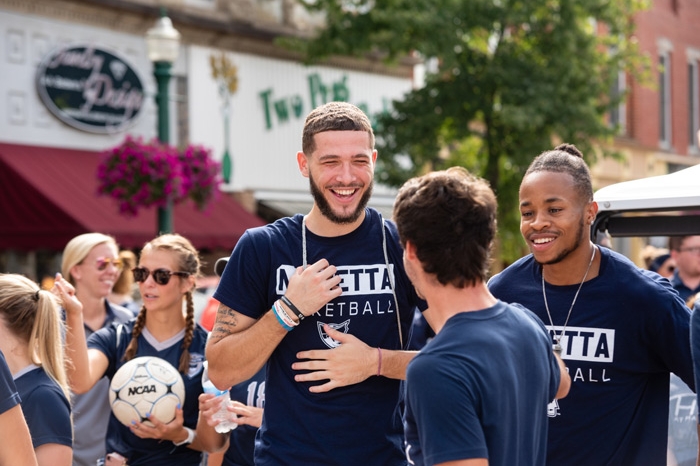 Service to the region remains one of Marietta College Core Values. That service comes in many forms — from providing a top-notch liberal arts education to adding countless intellectual and artistic enrichment opportunities to the community.

A recent study commissioned by the College and conducted by Ohio University’s Voinovich School of Leadership and Public Affairs details another crucial piece of how Marietta College serves Southeast Ohio: the economic impact of the College on the region.

“Marietta College has a unique position in the region as the only four-year liberal arts institution, and a residential college that attracts students from around the U.S. and the world,” said Dr. Bill Ruud, Marietta College’s 19th president. “We were encouraged to see from this recent study the impact and value Marietta College has on our local communities and businesses. The results of the report also help us emphasize our commitment and responsibility to be a vocal leader for a stronger community, and we are proud to be a key component of the local economy.”

“Many people think Marietta College only employs professors who teach in the classroom. In reality, our faculty do much more than that. They volunteer to teach elementary students the basics in physics, or organize Community Baseball Day, which attracts more than 1,000 people to Don Schaly Stadium every spring,” said Tom Perry, Vice President for Communication and Brand Management. “But we also employ hundreds of people who never teach a class, but are valuable members of our campus and our community. The public may know them as neighbors, youth coaches, or choir members, but they also serve in a variety of positions at Marietta College that include health care, fundraising and marketing.”