Public Accounting student excited to graduate debt-free on May 3 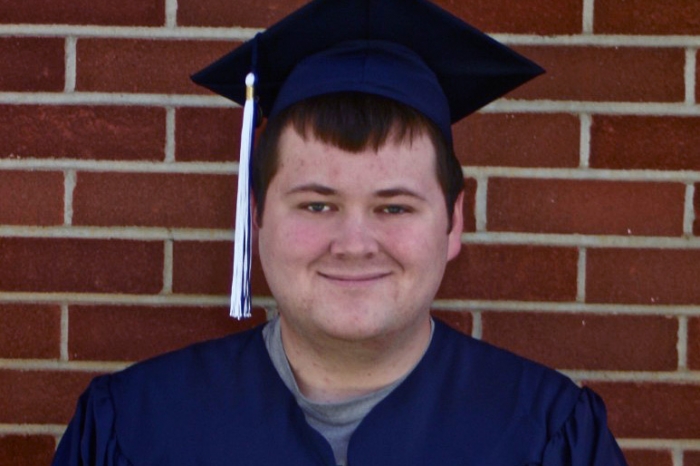 When Jacob Wagner ’20 (Marietta, Ohio) graduates from Marietta College on May 3, he will do so debt-free.

Graduating with a four-year-degree, debt-free, wasn’t the plan when Wagner first enrolled in nearby Washington State Community College, but he couldn’t be happier with how his journey from WSCC to Marietta College turned out.

“I didn’t take college courses in high school and I graduated from Warren High School the traditional way,” the 23-year-old said. “I went straight to Washington State Community College, where I earned (associate) degrees in accounting technology and business administration.”

Due to the COVID-19 pandemic gripping the world, Wagner and the other 177 graduates will participate in a virtual commencement ceremony at 1 p.m., Sunday, May 3rd. The College is planning to conduct an in-person, on-campus commencement in September.

Living at home, Wagner was able to cover the cost of attending WSCC through a federal Pell Grant and scholarships. While at Washington State, he said he did anything and everything, getting involved in campus organizations, community service and more. It’s a mindset he said opened doors and provided opportunities.

It was also during his time at the community college that he became familiar with admission office workers from four-year colleges in the area. He said college representatives often set up information tables within the WSCC commons area. He initially considered moving on to Muskingum University to complete his bachelor’s degree. But that Ohio college is located about an hour’s drive north of Marietta, and after considering the costs of attending the college and having to live on campus, he realized it would be cheaper to attend Marietta College instead and continue to live at home.

In all, Wagner spent seven semesters at WSCC and three semesters at MC. One of the people Wagner consulted with along the way was Scott McVicar, Marietta College’s Associate Director of Admission.

“I thoroughly enjoyed working with him,” McVicar said of Wagner. “For someone to graduate with no debt is rare, but with Jacob, it doesn’t surprise me. He’s a creative go-getter and I know he worked very hard for this.”

Marietta College has developed the program WSCC2MC with Washington State Community College (located in Marietta), which allows a student to enroll in both colleges with one application and move seamlessly from one to the other.

Wagner wasn’t part of the program because it started after he was well into his own journey, but he and McVicar both encourage students who first choose a community college to consider continuing on for that four-year degree.

“The goal is to keep good, talented local students in our community,” McVicar said. “The colleges work very well together.”

Wagner graduates from Marietta College with a degree in Public Accounting and he’s already accepted a position as a payroll manager and accounting assistant for American Producers Supply Company in Marietta. He is set to begin his new job on May 4.