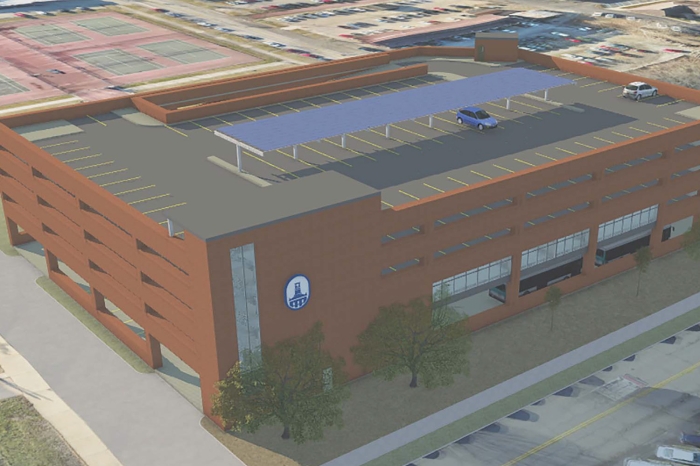 Chantal Centofanti-Fields, Marietta College’s Grants and Foundation Officer, recalls numerous conversations she had with President Bill Ruud about one of his goals.

“His vision for what our campus needs and what would have a positive impact on the greater community is an intermodal transportation hub,” she said.

Partnering with Washington County and Marietta city officials, Centofanti-Fields and other Marietta College employees applied for and recently received a RAISE Grant through the U.S. Department of Transportation that will fund the planning of two intermodal transportation hubs and improved access from Marietta College to the downtown area and Harmar Village to the downtown area via Bartlett Street and the Harmar Bridge.

“Multimodal means multiple uses,” Centofanti-Fields said. “The structure on Marietta College’s campus would be accessible to buses, cars, and bicycles, and will potentially have lockers and bathrooms and a meeting space that can be used by the public. Because we are Marietta College, we will want the structure on our campus to be as green as possible, so the top of the building will have parking, but it will also have a shade structure that will have solar panels mounted on it. This would power the building and also power the charging stations (for electric vehicles).”

The Phase I grant, which is $1,030,596, will cover the feasibility and environmental studies, and pay for an architect to render each structure and the transportation corridor.

Dr. Erika Smith, Director of Alumni Relations and Engagement at Marietta College, and Rodney Wood, Director of Physical Plant, were also a part of the grant team.

“We met for months during the spring and, because the grant had to be applied for by a government entity, it was decided that the Washington County Commissioners would be who submitted it,” Smith said. “With the Phase I grant, the feasibility study and the other background work will be 100 percent funded. The goal is that, once we have done the work necessary, we then can apply for an implementation grant, which could be $25 million.”

“This happened because of the great teamwork and inclusion from everyone,” Wood said. “When we come together as ONE TEAM and work toward a common goal, anything can be achieved. I want to personally thank everyone for their time and commitment to this project.”

“One of the things this project would support is our seniors,” he said. “We need to provide better access to seniors, better service times during the week, and a better overall experience. There are a lot of communities in Washington County, and our goal is to connect them all.”