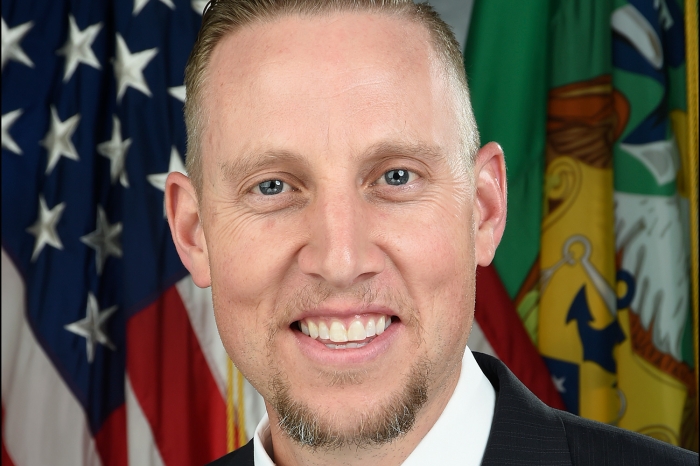 For more than 22 years, Ryan Korner ’01 has worked with IRS Criminal Investigation, and within the past few months was promoted to Director of Field Operations for the Western United States.

If it weren’t for the mentorship and guidance he received from Jason Gandee ’95, he likely wouldn’t have survived the first few years in federal law enforcement.

“That is not an exaggeration,” Korner said. “Jason stayed in touch with me and helped me through some of the early days as a Special Agent. That is tough work, but also exciting.”

Gandee recruited Korner to the IRS after the two met on campus when Gandee spoke about career opportunities. He said it has always been important to make sure new recruits know they have an advocate.

“It was important to me because that’s how I was recruited and how I was treated when I first arrived,” said Gandee, who is in his 26th year with the IRS, and was an on-the-job instructor for Korner. “You could tell right away that he was intelligent and had the aptitude to be successful in this career. But federal law enforcement is not an easy profession to get your feet on the ground. It is a pretty grown-up environment, and I wanted to make sure he got off to a good start.”

Korner recently relocated to the Los Angeles area with his wife, Jessica Tobin Korner ’02, and their two sons, Andrew, 17, and Bennett, 14. In his new position, Korner is in a leadership role — and it is something he really enjoys.

“Los Angeles is the last place I thought I would ever want to be,” said Korner, who grew up in Athens, Ohio. “However, I got here and immediately recognized the incredible diversity and the amazing people I get to work with every day. Stepping outside my comfort zone and moving across the country to work in LA has been one of the most rewarding and enjoyable experiences of my IRS career.”

His family is also enjoying it. His sons are competitive swimmers, and both are learning to surf the Pacific Ocean.

Korner believes his four years at Marietta prepared him well for the challenges he has faced as a veteran government employee.

“In addition to my accounting degree, I also took some Leadership classes at Marietta,” Korner said. “What I learned from Dr. (Steve) Schwartz, Ed Osborne and Grace Johnson helped me believe in myself and gave me the confidence to do what I am doing now. I wasn’t that successful as a high school student academically. I got to Marietta, and it challenged me.”

Johnson, McCoy Professor of Management and Accounting, said her earliest memories of Korner are of a young student who was serious, industrious, confident, personable, and ethical.

“This combination of character traits clearly is what propelled Ryan to strive for excellence and succeed in the many roles he’s had at IRS-CI,” Johnson said. “Since graduation in 2001, Ryan has remained in contact with me. He’s been generous in sharing his time and expertise with Marietta’s Accounting program, talking with students interested in careers with IRS-CI and providing me with information for research on which I am currently working.”

Korner said he is always looking for new talent and he consistently turns to Johnson for potential hires.

“If a student is interested in public service, there are tons of IRS jobs available,” Korner said. “Government service is very rewarding and the benefits are excellent. I would tell any recent graduates or those who will be graduating soon to check out USAjobs.gov. The federal government is always looking for talented people. Pioneers interested in a career with IRS-CI can also connect with me on LinkedIn.”

And Korner would enjoy mentoring other Pioneers.

“I want to provide the opportunities I have been able to enjoy to others,” he said. “I see a lot of new agents come in at the beginning of their career and I tell them that they can go as far as they want, and it is nice to play a part in their success. Because of this experience, I feel like I have friends all over the country.”

One of his good friends is still Gandee.

“We became really good friends, and I can say we have a similar sense of humor and a similar outlook on life,” Gandee said. “To see Ryan get to the level that he has, well, that’s a source of pride for me and I am very proud of everything he has accomplished.”