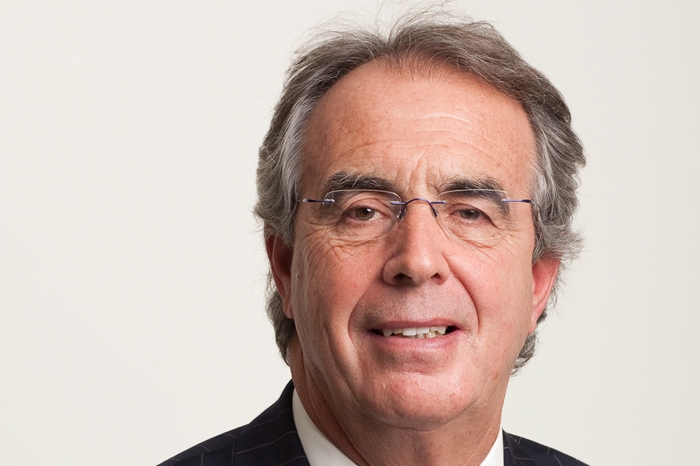 Having gone down this path 20 years earlier, John B. Langel ’70 was the right person for the women on the U.S. Women’s Hockey Team to contact.

When the athletes were not happy with the arrangement they had with USA Hockey, the sport’s national governing body, some of the women hockey players reached out to Langel, the man who successfully represented the women of the U.S. Women’s National Soccer Team two decades earlier. The soccer players hired Langel in the late ’90s when they believed that U.S. Soccer was not meeting its obligations under the Amateur Sports Act, the federal legislation that governs the U.S. Olympic Committee and all other national governing bodies.

In December 2015, the hockey women hired Langel and his law firm, Ballard Spahr, to help improve the players’ situation.

“This opportunity came to me through the relationships I developed with the women’s soccer players,” says Langel, who represented the soccer players until late 2014 and continues to represent the hockey women despite retiring in 2016 as a partner with Ballard Spahr after 41 years with the firm.

Over the next 15 months, Langel and other attorneys from Ballard Spahr worked behind the scenes to negotiate a new agreement that would cover all of the women hockey players. To the Ballard Spahr lawyers, it appeared that progress was being made out of the public eye. However, in February 2017, it became clear to the athletes and their legal team that not enough progress was being made and that they needed to do something more dramatic, which included the possibility of refusing to play in the World Championship that was being played for the first time in the United States.

With something so significant at stake, Langel advised the players that unity was a key to success. He knew the environment well, having helped the women’s soccer players in their 2000 battle with U.S. Soccer on the eve of the 2000 Olympics.

In the face of not playing in the Olympics, “I watched Mia Hamm stand up in a crowded room and tell U.S. Soccer that she had played on two World Cup championship teams and had won gold at the 1996 Olympics, and at 26, she was prepared to retire if U.S. Soccer wasn’t going to change its ways,” Langel says. “When you have the most significant player saying that, and you know that the rest of the players were behind her, you start to feel better about your leverage. That helped us seal the most significant women’s soccer deal.”

He shared that experience with the hockey players, and Langel says they proved to be as resilient and determined as the soccer players. Women’s hockey bonded behind a social media hashtag, #BeBoldForChange, and the threat to sit out the World Championships six days before training camp was scheduled to start.

“It was strategically planned,” says Jocelyne Lamoureux-Davidson, a star of the U.S. Women’s Hockey Team. “We knew USA Hockey would try to get replacement players, so we had to have enough time to negotiate but limit the time they had to get the players. But we really didn’t have anything to worry about. When we contacted the possible replacements, they all said they were behind us, and they wouldn’t play.”

Langel says it appears on the surface that negotiations were quick and smooth since the announcement came in March, and everything was settled by March 26th so the women could report for training just five days late. It was just the opposite.

“We were all on pins and needles,” says Langel, who earned a Bachelor of Arts in History from Marietta and went to law school at Temple. “If USA Hockey didn’t do what we wanted them to, these women wouldn’t have played in the World Championships, the most significant event in their hockey lives outside of the Olympics. They were determined to do this, and no one was backing down.”

After the agreement was reached, which includes a large bump in the annual salary from $1,000 a month for the six months of an Olympic year (and no salary during non-Olympic years) to around $70,000 a player and a pledge to do more to promote women’s hockey, the women led the U.S. to its fourth consecutive World Championship by defeating rival Canada in overtime 3-2.

“They lived out the Hollywood ending,” Langel says. “They beat Canada and get through the other rounds undefeated, and then beat Canada [again] in a thrilling overtime game for the championship. Everything worked out perfectly.”

Langel, though, was not really the ideal candidate to take up the cause for women’s athletics 20 years ago when Hamm, Julie Foudy and Kristine Lilly came calling for help.

“I had always represented male athletes. Players like (former Eagles quarterback) Ron Jaworski, (former Eagles defensive lineman) Reggie White, (former NBA All-Star, NBA coach and current ESPN broadcaster) Doug Collins, and (current Northwestern basketball coach) Chris Collins,” he says. “I also had two sons who both played (NCAA) Division I basketball, so I had only known a men’s world. In the men’s world, you are treated very well. I learned pretty quickly that it wasn’t the same for the women.”

Langel and his firm relished the opportunity to make an impact in women’s athletics. Even after all of these years, Foudy says “Johnny” was “our savior — our Tadpole Angel.”

“He changed the game for us. He is the person behind the scenes who was the architect of changing the trajectory of popularity in our sport,” says Foudy, a two-time FIFA Women’s World Cup champion and two-time Olympic gold medalist. “He forced U.S. Soccer to pay attention to us. He had the vision to say we should do more with these women. He helped create an indoor tour for us after the 1999 World Cup success. We owe so much to him.”

Langel and his wife, Jacquelyn ’70, remain close to many of the women soccer players and are developing similar friendships with the hockey players, most notably the Lamoureux twins — Jocelyne and Monique.

“The soccer women are very much our friends,” Langel says. “When Mia Hamm comes anywhere near Philadelphia, she stays at the house with us. The same goes for Julie Foudy. We’ve gone to player weddings and celebrated the births of their children. My granddaughter just went to Julie’s leadership/soccer camp.”

The players — from both eras and sports— look at Langel as a hero.

“He’s been world class throughout the whole process,” Lamoureux-Davidson says. “I feel very fortunate to have crossed paths with him, and I know the women of U.S. hockey and future generations are grateful he was on our side.”

“At the time, we didn’t have any money, but John told us he’d do it for nothing until we could afford to pay him,” she says. “He was smart enough to manage all of our personalities. He was so smart in his negotiating ability and in terms of guiding us. The players had the courage, and our strength was always our unity. But John was really the backbone to all of it.”