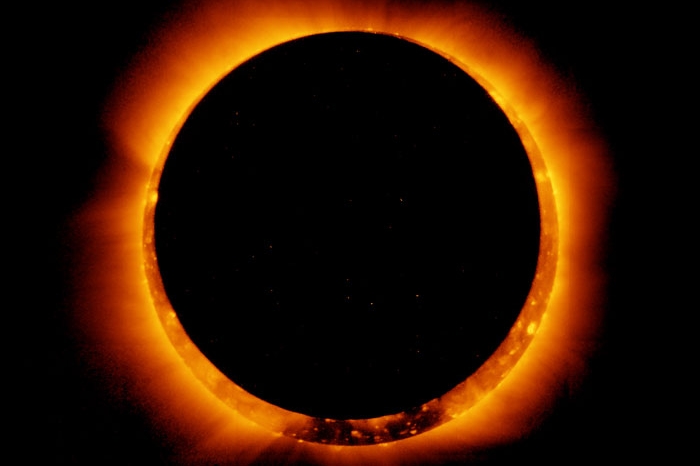 Marietta College, which should experience about an 86 percent eclipse within the city limits, and the College's Physics Department are hosting a solar eclipse viewing party on Monday, Aug. 21, for anyone who wants to view the exciting event.

“In Marietta, we should experience about 86 percent of the Sun’s disk being blocked by the moon,” said Dr. Ann Bragg, Associate Professor of Physics and Director of the Anderson Hancock Planetarium.

The partial eclipse is expected to begin a little after 1 p.m., peak around 2:34 p.m. and end shortly before 4 p.m., according to Bragg. The event, which is free and open to the public, will be held in the space between the Rickey Science Center, Fayerweather Hall and the Brown Petroleum Engineering Building.

It has been 26 years since an eclipse path has passed over so much of the United States.

According to the American Astronomical Society, which has set up a website for the eclipse, all of North America will experience the solar eclipse and the moon will completely block the Sun’s face for up to two minutes and 40 seconds.

Weather permitting, anyone who is watching the solar eclipse — with proper eye protection — will be able to see the Sun’s diaphanous outer atmosphere, or corona.

“It is never a good idea to look directly at the Sun without appropriate protection, so we will have a number of safe viewing options available, including pinhole cameras, a solar telescope and eclipse glasses,” Bragg said. “We will have these options available throughout the duration of the eclipse and people are free to come for a short period of time within the larger block to get a glimpse as their schedules allow.”

Of course, the event is dependent on the weather.

“If it ends up being cloudy or rainy, we will run some planetarium programming for those who come out to watch the solar eclipse,” Bragg said.