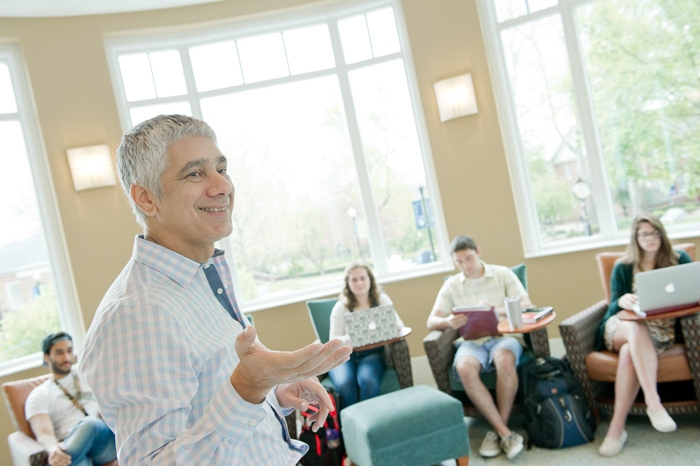 Samuel Cruz, Assistant Professor of Modern Languages at Marietta College, has recently published an article in the Routledge Companion to Gender, Sex, and Latin American Culture.

Cruz analyzes the disenfranchisement and marginalization in the first film, Os Inquilinos, which offers audiences the chance to explore the socioeconomic, cultural and political issues in the city while discussing urban violence and the politics of representation.

The second film discussed, Linha de Passe, critiques class, gender and power inequalities through the eyes of the working class.

“Cities are the pinnacle of human achievement,” said Cruz, “and Brazilian films have been an important mechanism for helping audiences at home and abroad to perceive and better understand the city’s role in perpetuating social injustice.”

The Routledge Companion to Gender, Sex, and Latin American Culture is the volume of the book to explore commonalities of gender, sex and the consumption of popular culture in the Americas, and seeks to understand the role of pop culture in everyday lives.

“It is an honor to have my article published in such a unique volume,” said Cruz, who is also the director of the Latin American Studies program at Marietta College.