Networking through The Long Blue Line 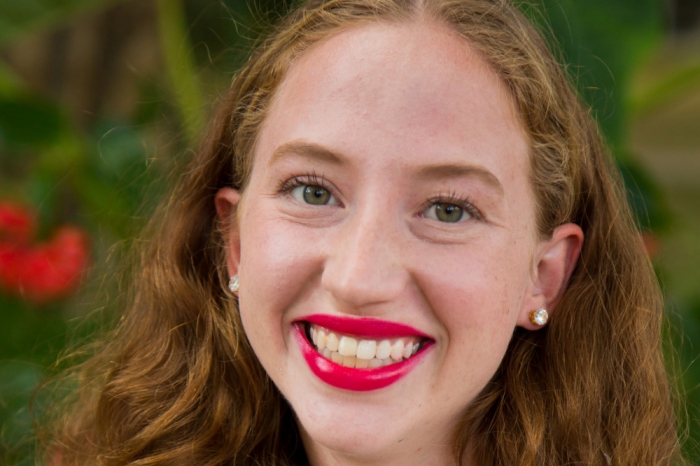 Graduating a year early with degrees in Finance and Economics, Jessica Hill ’20 (Woodsfield, Ohio) is about to embark on an amazing job opportunity with PNC Financial Services in Indianapolis — an opportunity that almost didn’t happen.

Thankfully, Hill learned the value of utilizing the resources that are available to every Marietta College student rather than waiting for prospects to come to her.

Heading into her junior year, Hill had earned good grades and was active on campus, but couldn’t land an internship, or even an interview for an internship. A chance conversation with an alumna attending her sorority’s alumnae breakfast during Homecoming 2018 — a mixer she almost skipped — touched on her troubles getting noticed by any of the 40 companies to which she applied.

In keeping with The Long Blue Line’s tradition of giving back, the alumna helped to connect Hill with a solid lead for an internship. The alumna reached out to Mark Vizza ’98, Vice President of Marketing & Sales Support Manager for PNC Financial Services, Inc. in Pittsburgh, about Hill, and he connected with the student through LinkedIn. Hill sent him her résumé and, as luck would have it, PNC was in the process of reviewing applications for internships.

The company typically starts with those résumés that come from its core recruiting schools — typically larger colleges — but also has a secondary pool of résumés that come from its website and smaller schools. Hill’s made it into the latter. Vizza described the process as “very competitive.” Out of a couple thousand who apply, only a few dozen are interviewed. Hill’s credentials got her noticed.

“They commented that she was one of the top people they interviewed,” he said. “It says a lot about her and the institution (Marietta College.)”

Betsy Knott, Director of Marietta’s Career Center, advises students to take active roles when pursuing internships and employment, but knows that sometimes the daily tasks of being a college student sometimes gets in the way of their main goals. The Career Center helps students find internships, offers career advice and provides access to a variety of resources as students transition from college to the workforce or graduate school.

“For any student saying they are too busy, look at Jessica,” Knott said. “You can always find a slice of time.”

Knott is also working to reach out to students who may not be at the top of their class academically, but are still deserving of internships and job interviews and networking with alums.

“They need to feel confident enough to ask,” she said. “I want to reach the student who may not stand out because of their GPA. They can be successful, too.”

Vizza takes his role as an alumnus seriously. He is a member of the Marietta College Alumni Association Board of Directors and occasionally works with professors and students.

“I have always felt that I got so much from Marietta College and I wanted to give back,” he said of his continued involvement. “I didn’t want to just write a check — I’ve wanted to participate in other ways.”

Knott hopes students follow her advice when it comes to pursuing internships and employment.

“Students have this sense that things are just going to happen. They think, ‘I don’t have to think about it today,’ ’’ she said. “Instead, they are focused on class or sports or a relationship.”

She said it is important students don’t lose sight of why they are in college in the first place: to prepare them for their future careers.

“When you are a student, there are so many suggestions; it’s easy to think ‘that won’t help me,’ ” Hill said. “Take advantage of the little things, keep pushing and don’t wait to start.”

To find out more about the Career Center at Marietta College and the services offered, please visit marietta.edu or check out marietta.handshake.com to learn more about internship and employment opportunities, and research about graduate school.