Rickey Scholar excited about opportunities of being a Physics major 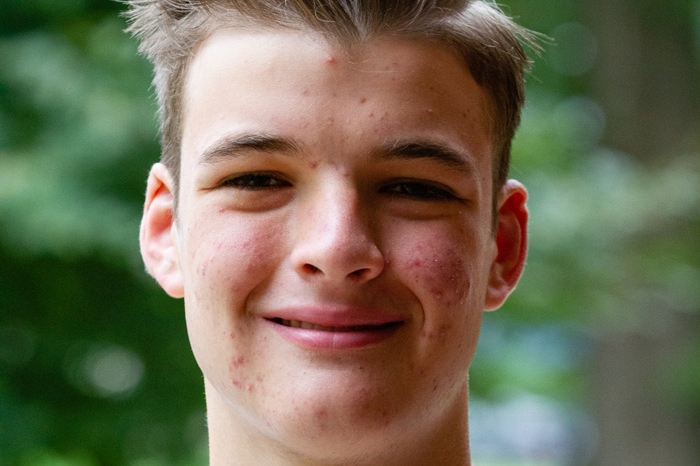 Marietta College freshman Alex Blackston ’22 (Lancaster, Ohio) isn’t sure which career he will pursue, but he’s certain majoring in physics will provide a foundation for whatever path he chooses.

“I like physics because of the analytical system of thought that it teaches you,” he said. “I want to be an entrepreneur and physics exposes you to a lot of material.”

Blackston recently was named a Rickey Scholar and as such will receive $25,000 a year for four years. The scholarship is awarded each year to a Marietta College student majoring in physics.

“Physics is a fantastic major for the 21st century,” Kuhl said. “Learning to think like a physicist while acquiring valuable skills has enabled our graduates to follow diverse career paths such as high-magnetic-field research, pharmaceutical research, automotive development, additive manufacturing, architecture, and many others.”

The Rickey Scholarships were established in 2000 by David M. Rickey ’78, Jan Nielsen and the J&D Foundation.

As a freshman, Blackston is taking his first college physics course this semester. He says he quickly realized he isn’t in high school anymore.

“The material is what I expected, but the amount of rigor that goes into it and the thought process is a lot more advanced,” he said.

Kuhl encouraged Blackston to apply for the Rickey Scholar honor when Blackston was going through the college application process. Blackston said he is thankful for the scholarship, but it was a personal connection that led him to choose Marietta.

“It was the only school I visited where I got to talk to faculty,” he said. “They talked to me about the program and cared about me as a person.”

“We’re quite happy to have Alex in our program,” Kuhl said. “He is a very good student who makes important contributions in class.”

The original purpose of the Rickey Scholarship was to help Marietta College recruit outstanding students to major in physics to help meet a need in the national workforce, Kuhl explained.

“At the time he established the scholarship, Mr. Rickey was CEO of a microchips corporation, and he said he was always trying to hire people who had the kind of physics, math and liberal arts education that he had at Marietta,” he said.

As his first college semester draws to a close, Blackston says he spends a lot of his time studying. But he also has enjoyed getting involved in the College’s Global Connection which brings together Marietta’s international students with others on campus.

“We’re there to be their friend and to spend time with them,” he said. “You form a bond — that’s been a lot of fun.”

Blackston is the son of Paul and Jennifer Blackston and has two younger siblings, a brother Dominic and a sister Elyse.