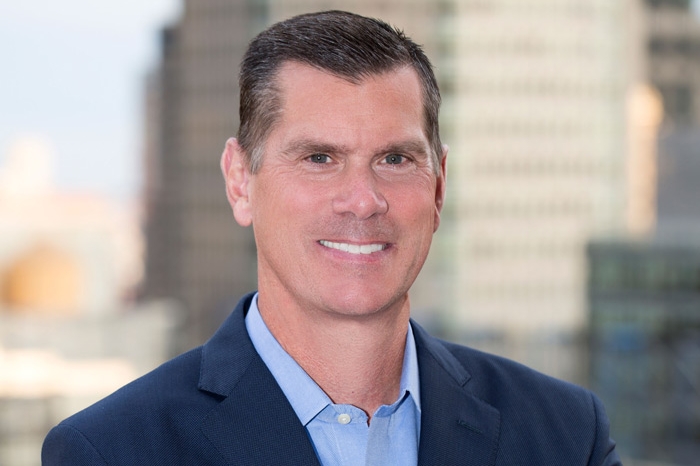 In September, when Etter and Roach learned that Mike Salvino ’87 was named President and Chief Executive Officer of DXC Technology — the world’s leading independent, end-to-end IT services company — they both agreed that Salvino was destined to lead a Fortune 500 company one day.

One of Salvino’s closest friends, Etter said, “He worked extremely hard and he would let you know that he was determined to be successful. There was always something about Mike that made him stand out from the rest of us when we were in college.”

Like the time Salvino figured out a way to turn a Wiffleball tournament into a charity event.

“We lived in Parsons and Wiffleball was our pastime,” Etter said. “In the spring, everybody was looking to get outside. We called it Wiffle ’87 and we had a 16-team, double-elimination tournament, and each team had to pay a small fee.”

Salvino’s team reached the championship game against Etter’s squad. Recognizing an opportunity, Salvino put on his best suit and got local businesses to sponsor the championship game. He raised $500 and donated the money to cancer research in honor of President Sherrill Cleland’s wife, Betty.

“President Cleland threw out the first pitch at the championship game and we presented him with the check,” Etter said. “The rest of us could figure out how to host a tournament, but nobody but Mike thought we could raise $500 for charity.”

Salvino said Marietta College is where he learned how to persevere.

“There’s nothing worse than preparing for an OAC basketball game and getting waxed by Otterbein by 30 points. The alarm clock goes off the next day and you have to figure out a way to get motivated and keep grinding,” he says. “That’s what you learn at a liberal arts college. You have to get up every day and keep grinding.”

That attitude and more than 30 years of experience and an impressive track record of building profitable businesses are key reasons why Salvino was named President and CEO of DXC Technology.

“This is what I like to do,” Salvino said. “We have 130,000 people and every day I wake up with the goal of inspiring them and their families. Where else do you get the opportunity to do that?”

Bill Ruud, Marietta College’s 19th President, has cherished getting to work with Salvino on the College’s Board of Trustees.

“I discovered early on that Mike Salvino is a passionate and determined leader,” Ruud said. “He has an uncanny ability to diagnose an issue, break it down and develop a plan to make everything and everyone stronger. His input and observations on the Board are exactly what any college president desires from a trustee.

“Everyone at Marietta College is proud of Mike’s accomplishments, and we are excited to see how he positively impacts DXC Technology.”

Salvino served for seven years as group chief executive of Accenture Operations, one of Accenture’s five businesses, and was a member of Accenture’s Global Management Committee. Salvino led Accenture’s 100,000-person global Operations business, growing the business 20 percent during his final year. In all, he spent 22 years at Accenture.

Salvino most recently served as a managing director at Carrick Capital Partners, a private equity firm focused on the technology sector, where he specialized in technology-enabled services and coached the CEOs of portfolio companies on how to grow their businesses.

“I loved what I was doing [at Carrick], but DXC was an opportunity that was too good to pass up,” he said. “DXC is going to leverage all of my previous experience, and the playbook I have put together, and I’m looking forward to using it again. This is a business that is poised to grow.”

“When I think of leadership, I try to focus on three things: people, operational execution and customers. I’m inspired and excited to be in this position. There are only 500 of these jobs,” Salvino said.

Salvino’s days and nights are busy, but he does his best to help current Pioneers when asked.

“The students at Marietta College should want to reach out to Board members,” he said. “We have an insatiable appetite to take care of our own.”

He learned this lesson from Tim Cooper ’73, who wasn’t a Trustee at the time, but later became one. During the summer following his junior year, Salvino met Cooper to discuss his future and heard some valuable advice.

“He kept talking about basketball, and I didn’t want to talk about it because I was planning to quit the team,” Salvino said. “When I told him that, he asked if I was hurt, or whether I’d done something wrong. I basically told him I’d had enough and didn’t want to play anymore.”

Cooper proceeded to tell Salvino that he should remove basketball from his résumé.

“I thought, I’ve busted my butt for three years and it should be there,” Salvino said. “But Tim told me that the first question an interviewer would ask would be ‘why did you leave the team?’

“As I drove home, I was ticked, but I realized he was right. What am I going to do if I don’t like my boss or the environment? Quit? I had to play my senior year.”

Salvino worked hard both on and off the court, and he graduated with honors while earning Academic All-Ohio Athletic Conference honors.

Roach remembers Salvino as an intense competitor who was driven to succeed.

“I did my best to put him where he fit best on the team. I think he got frustrated with me at times because he didn’t get as much time on the floor as he wanted,” Roach said. “I believe our program helped Mike in life. It is my style to continue to monitor and mentor these kids even after they graduate, and I am proud of Mike.”

Salvino is more like his former coach than he could have ever imagined.

“Coach Roach and I had an interesting relationship. I learned an incredible amount from him, but I probably drove him nuts,” he said. “In the end, what I learned at Marietta that still resonates with me today is that the highs are never too high and the lows are never too low. It’s important to understand how to deal with the highs and lows, so you don’t get too positive or incredibly negative. What an amazing lesson for everybody who is at Marietta College, and for those who are taking on challenges like I am today.”