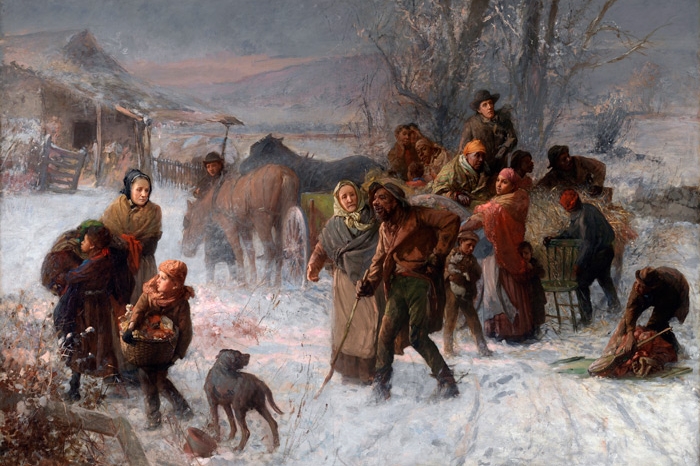 The city and College both played meaningful roles in helping enslaved people escape their captors before and during the American Civil War.

From students and professors helping to fuel the abolitionist movement to the Marietta community providing shelter for people escaping slavery via the Underground Railroad, the actions that this historic city and College and its people had in the fight against slavery and those who supported it truly affected change in the lives of those who needed it most.

A new historical marker will be unveiled at 10:00 a.m., Saturday, October 15th, along Putnam Street near Fifth Street to honor the efforts of Marietta College and community activists who worked to support the escape of enslaved people and help them to freedom.

Tony Mayle, Director of Diversity and Inclusion and Associate Dean of Students, will speak during the dedication, as will President Bill Ruud and the donors for the project. Ada Woodson Adams, a historian and activist who has spent decades preserving Black history in Southeast Ohio, will also be in attendance.

“She worked closely with Henry Burke in the past,” Mayle said. Burke was an Underground Railroad historian, lecturer, and author who lived in Marietta until his death in 2012.

Mayle said the plaque would recognize local heroes of the abolitionist movement and provide details of the extent of their commitment to helping people escape slavery.

“During the ceremony, we will ring the bell in Erwin Hall nine times,” Mayle said. “When the Kansas-Nebraska Act passed (in 1854), students protested by flying the American flag upside-down and (Erwin’s) bell rang for 90 minutes straight.”

Mayle said he really would like the community to attend the ceremony, read the plaque and learn more about local abolitionists.

“A lot of research went into this plaque, and it was made possible with a donation by an alum and with the help of Linda Showalter and the Special Collections Department,” Mayle said.