During her 24-hour shifts as an EMT for St. Joseph’s Ambulance Service in Williamstown, Cameron Dowiak ’19 was primarily concerned with evaluating a patient’s condition and “driving as fast as I could to the hospital.”

But after attending the Global Mission Health Conference in Louisville, Kentucky, last November, the recent Biochemistry graduate realized she may have missed a key assessment during a few of those emergency runs.

“One of the breakout sessions I attended during the conference focused on human trafficking and how to identify victims in the field,” she says. “Looking back on some of the calls I responded to, I’d have to say the signs were there, but I didn’t know it at the time.” 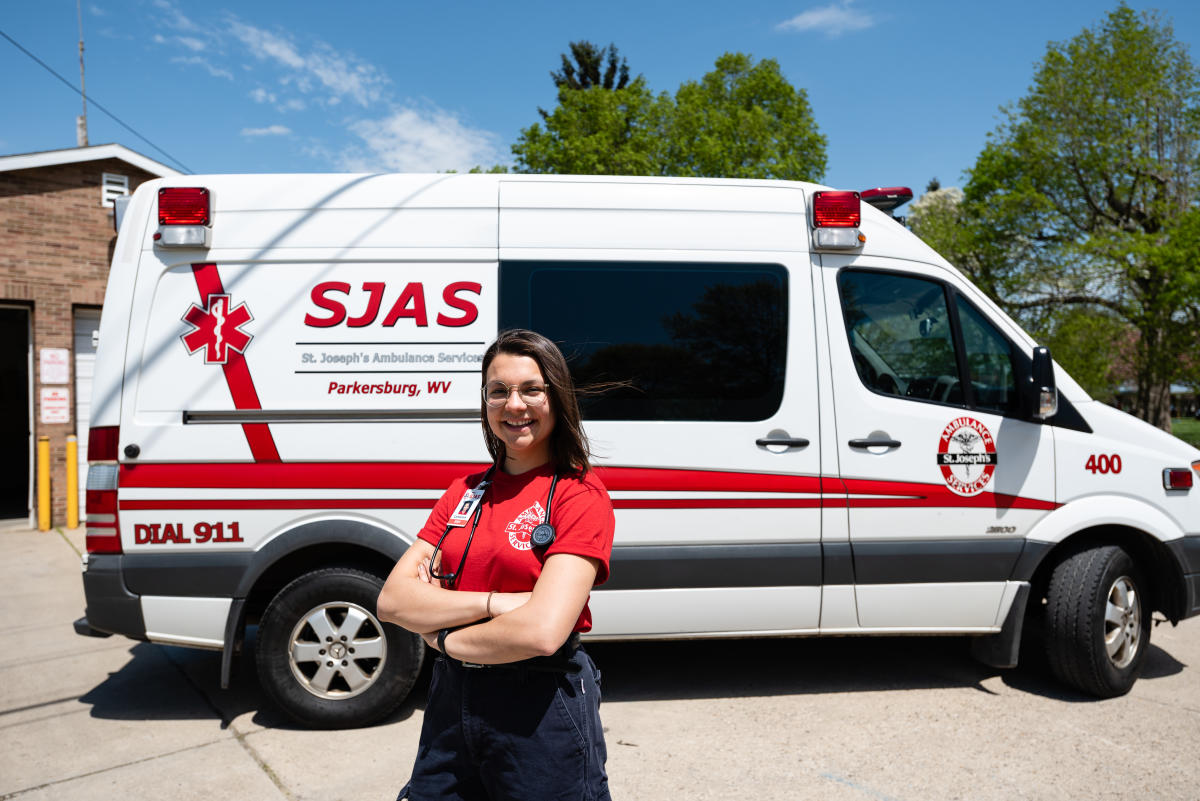 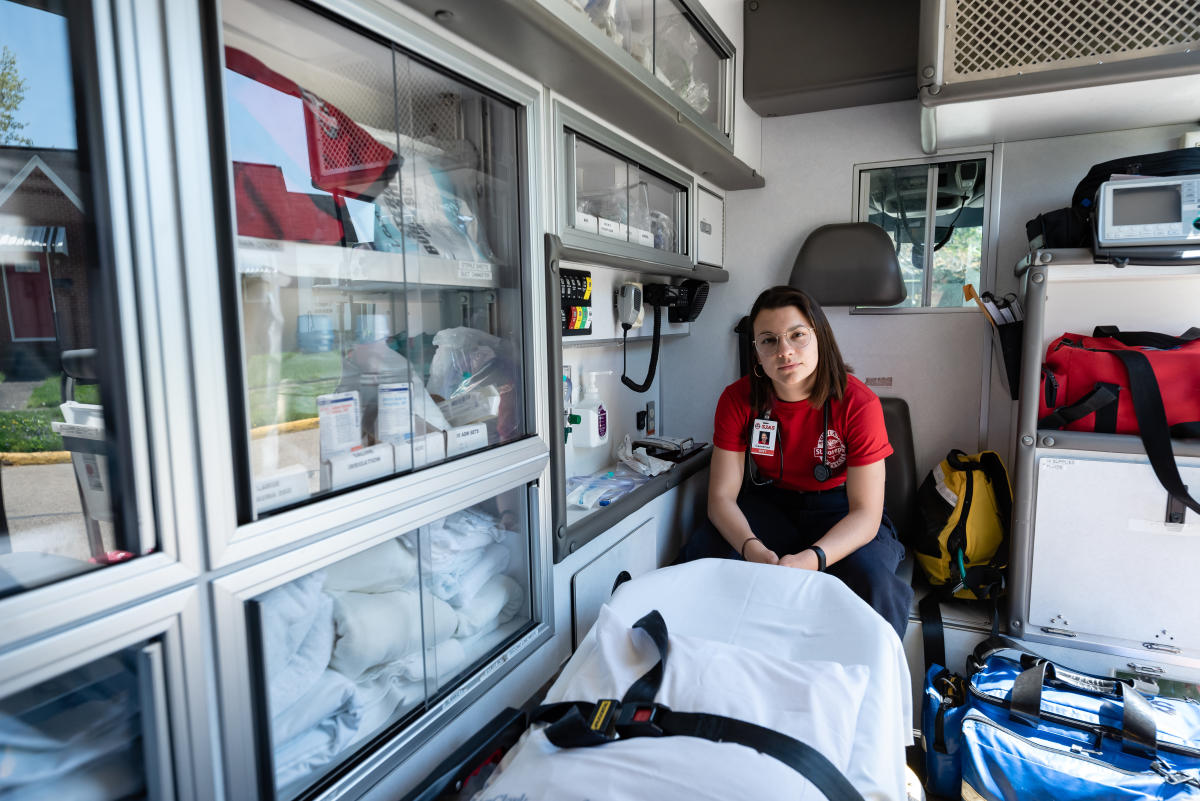 Dowiak returned to campus after the three-day conference, which she and Health Science major Emily Brown ’19 attended with the help of a Marietta College Investigative Studies grant, driven to spread intervention awareness to the Marietta community. In addition to inviting representatives from an organization that presented on human trafficking at the conference to speak on campus, Dowiak also set up a display in Gilman Dining Hall identifying telltale signs of its victims and encouraging people to add the National Human Trafficking Hotline — 1-888-373-7888 — to their list of phone contacts.

“Between 60 and 80 percent of trafficking victims have contact with health professionals for treatment of trauma, drug abuse, GI (gastrointestinal) problems, concussions, or STIs (sexually transmitted diseases),” says Dowiak, who plans to attend medical school. “But even if they aren’t seeking treatment, (victims) often show certain red flags that they are being victimized: being underdressed for the weather, having someone with them who is always talking for them, or people who don’t know the time, day or date.”

Dowiak spent about six months training to be an EMT while she was a full-time Biochemistry major on the pre-med track. Though it proved to be one of the hardest semesters of her collegiate career, she said the training provided an avenue that will benefit her as she continues her life in the medical field.

Fellow EMT Kenneth Robinson worked with Cameron on some of her shifts at the Williamstown, West Virginia, station.

“What Cameron has done here is something that I think is missing in health care: being able to see and understand where patients are coming from,” he says. “When we get a call, we’re going into homes and seeing how our patients live. She’s learning how important it is for health care providers to understand how their patients live so they can educate them in the areas where they need it most.” 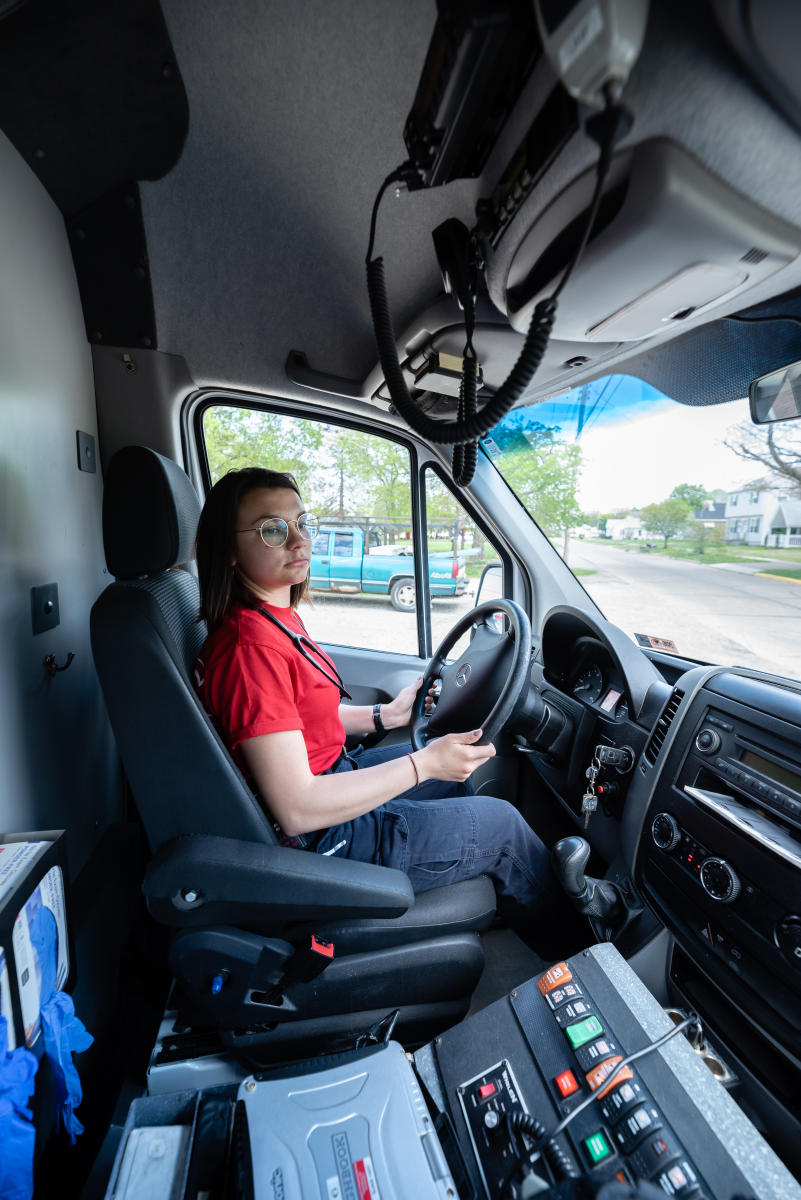 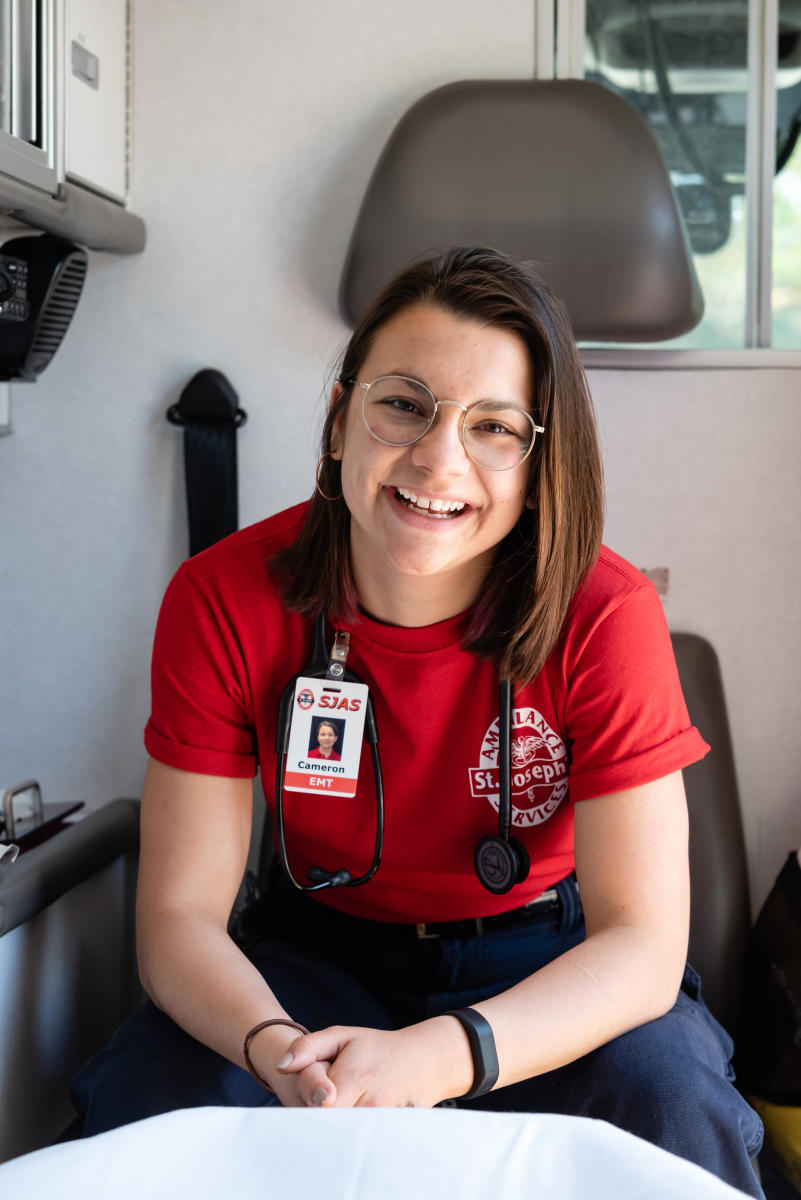 Robinson says Dowiak used her experience as an EMT to learn.

“She stands out at a different level,” he says. “She has a higher maturity level than most. Literally, when I say you walk in here (the station house) and her books are out, that’s all she does. She’s studying; she’s doing homework; she applies herself. Wherever she ends up, it’s going to be good. I’m excited for her.”

As the spring semester came to a close, Dowiak was already studying to take the MCAT and preparing for a summer internship at one of Johns Hopkins University’s medical labs. The lessons she learned as an EMT, as a Biochemistry student, through her internships and at the conference in November will all play a role in how she approaches her chosen profession.