Steve Rodriguez ’93 arrived at Marietta College in 1989 on the advice of one of his high school friends.

“He was a year ahead of me and had great things to say about the school and its sports medicine program,” Rodriguez says. “I, of course, brought my board with me. I am a skateboarder, and I had hoped there were some good spots to skate in Marietta.”

Though there weren’t many options, he does recall that some areas on campus, the former unemployment office on Third Street and the Peoples Bank parking lots offered decent spaces to skateboard — ones where he typically didn’t get run off.

After two years in the Sports Medicine program, Rodriguez opted to switch to Marketing & Advertising.

“I really had no idea what I would do with my degree,” Rodriguez says, “but an internship my senior year at an ad agency partially steered me in the direction I eventually took.”

His education and his passion for skateboarding helped him navigate his way to New York City after graduation and foster the growth of the skateboarding community. 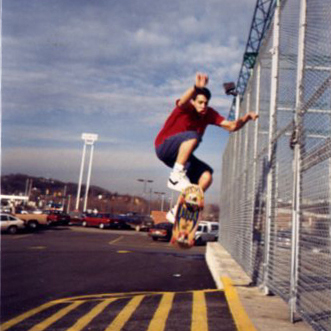 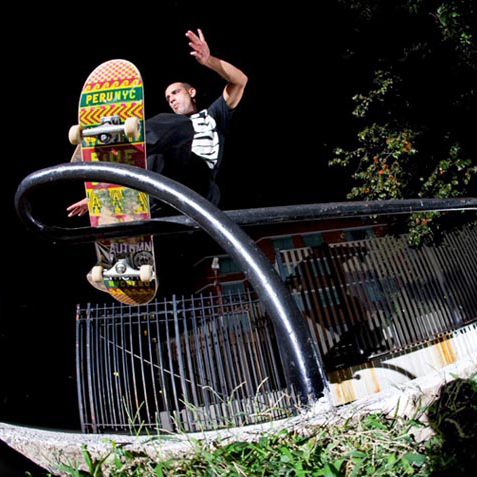 “I moved to NYC in 1993 and was working in advertising for a few years, and then decided to start my own skateboard company in 1996. I took what I had learned in school, at agencies and in the city and applied it all to my company, 5boro,” he says. “It was my first company, and my current role is as a stakeholder. In 2010, I sold a percentage of the company to a couple of partners. I currently am the SVP, Creative Services Director at EP & Co. and own a consulting and event production company as well.”

Since earning his degree, Rodriguez has watched the skateboarding industry cycle through stages of growth and decline, and from being an underground culture to one more mainstreamed. He is considered by many to be the Mayor of NYC skateboarding.

“What I miss most about those days is how tight a scene it was. Back then, ANYONE who skateboarded was a potential lifelong friend,” Rodriquez says. “Now everyone skates, so it’s more of a ‘normal’ thing. As far as the best change? I’d say how accepted it is today, how people are actually encouraged to do it. My 7-year-old son skates, and he is only encouraged by everyone when he does it. Kinda crazy. It’s even an Olympic sport in 2020.”

Rodriguez put in a lot of time helping the skateboarding community grow in New York City, from supporting skateboarding exposure events to helping develop and improve parks. Watching new generations enjoying the sport is one of the most rewarding aspects of his career.

“Best thing ever,” he says. “To see so many people enjoying the fruits of my labor is the best thing. There is nothing better than providing a place for people to express themselves and to then watch them enjoy it.”