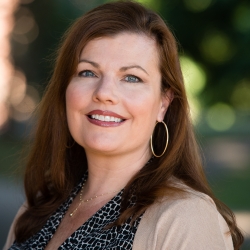 A native of Williamstown, West Virginia, Amy comes to Nonprofits LEAD with an extensive background in facilitating organizational and personal change and development, as well as experience in almost every aspect of nonprofit structure and leadership. She has owned and operated her own company, serving as an ISO 9000 consultant for businesses and as a public speaking instructor on the collegiate level.

In addition to her education and background in communications, Amy obtained her Ph.D in Clinical Hypnotherapy from American Pacific University (now Kona University) in 2008. During that program of study she became certified as a trainer of Neurolinguistic Programming (NLP) and did extensive research in the power of words to create internal and external change. For Amy, event planning and networking come naturally, and she loves non-profit work. She joined with a small group of local women to co-found a community nonprofit organization called Mamaology, has served on the Memorial Health Foundation Board for many years and has been an officer in the Marietta Welfare League for over a decade.