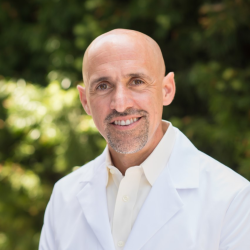 In addition to studying the links between “food and mood” - often referred to as the new field of “Nutritional Psychology” - Dr. Talbott is also a Diplomate of the International Olympic Committee’s (IOC) Sports Nutrition program, and has studied Entrepreneurship at the Massachusetts Institute of Technology (MIT), including the Entrepreneurial Masters Program (EMP), the Entrepreneurship Development Program (EDP), and the Advanced Certificate for Executives (ACE) in Management, Innovation, and Technology.

He has served as a nutrition educator for elite-level athletes in a variety of sports:

As an athlete himself, Shawn is the 2014 “World’s Fittest CEO” and has competed at the national and international level in:

As a product developer, Dr. Talbott has created and researched some of the leading nutritional products on the market, generating over $1 billion in combined sales and receiving nominations for numerous “best product” awards.

Dr. Talbott’s recent educational projects include two academic textbooks, an award-winning documentary film, and several best-selling books that have been translated into multiple languages. His work to educate people about nutrition and health has been featured on The Dr. Oz Show, the TED stage, and the White House.

He lives with his family in Massachusetts, where he serves as Chief Science Officer for Amare Global, educates students to become Certified Mental Wellness Coaches, and operates the world’s first Mental Wellness Retreat focused on the Gut-Brain-Axis.