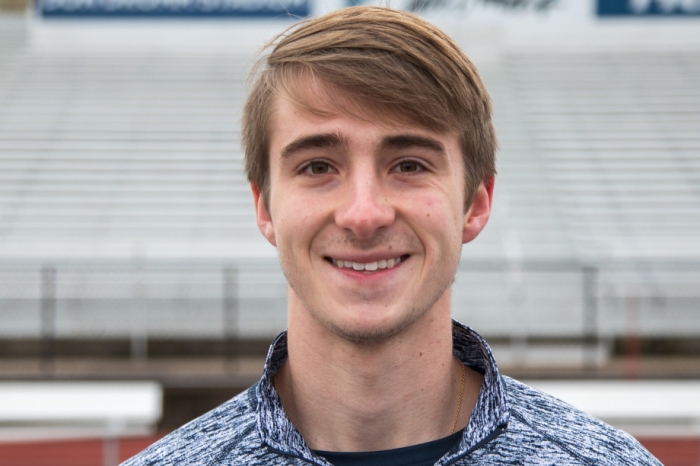 It’s one more opportunity to enhance his résumé, and Justin Blasko ’22 (Youngstown, Ohio) was not going to skip it.

Of course, it helps that he gets to serve as a volunteer with the fan experience at this year’s NCAA Division I Men’s Basketball Final Four in New Orleans.

“It’s the Final Four!” said Blasko, who will earn a Bachelor of Arts degree in Sport Management in May from Marietta College. “Just being there and being involved in some way is something I couldn’t pass up.”

This is Blasko’s second experiential learning opportunity this academic year. He joined a group of Marietta students who volunteered at the Boca Raton Bowl in December. While in Boca, Blasko and the other Marietta students were invited to the Final Four by Dr. Karen Boleska, who is the Director of Sport Management at the University of Missouri-St. Louis.

“She extended an offer and I wanted to take advantage of the opportunity,” Blasko said.

Rick Smith, Associate Professor of Sport Management at Marietta, was pleased to hear Blasko would be making the trip to New Orleans.

“I’m glad Justin is taking advantage of the opportunity without an organized MC job shadow trip,” Smith said. “This Final Four brand is recognizable to future employers; he will learn, work, and be able to translate the experience into relatable skills employers look for.”

Blasko, who is minoring in Finance, said he has just started looking for a job and he hopes to one day be working for a college or professional sports team.

Blasko arrives in New Orleans on Thursday and will remain through the championship game on Monday night. The first game features Kansas against Villanova at 6:09 p.m., followed by Duke against North Carolina at 8:49 p.m. inside the Caesars Superdome.

“I don’t know if I’ll get to see much of the games, but I’ll be at the Final Four,” he said. “This is something that everyone watches. What’s more important, though, is the knowledge I’m going to gain from this experience is going to help me in the long run.”

Blasko is extremely thankful of Smith for providing so many opportunities for the students in the program and for being a mentor.

“I don’t know a lot of other schools where your advisor and professor are as hands on as Professor Smith, or someone who comes up with so many ways for the students to gain experience,” said Blasko, who is a member of Marietta’s lacrosse team. “He works hard to help us be successful.”

Smith, who joined the College in 2016, helps his students find these types of opportunities throughout the year, including a recent spring break experience where the students helped the Savannah Bananas kick off their 2022 world tour.

“These experiences are what makes Sport Management at Marietta College stand out,” Smith said. “The last time we were in NOLA, we were at WWE’s WrestleMania Week. This year we worked with three college bowl games, two brand-name university athletics departments, and the Savannah Bananas. No other school has done that. None.”