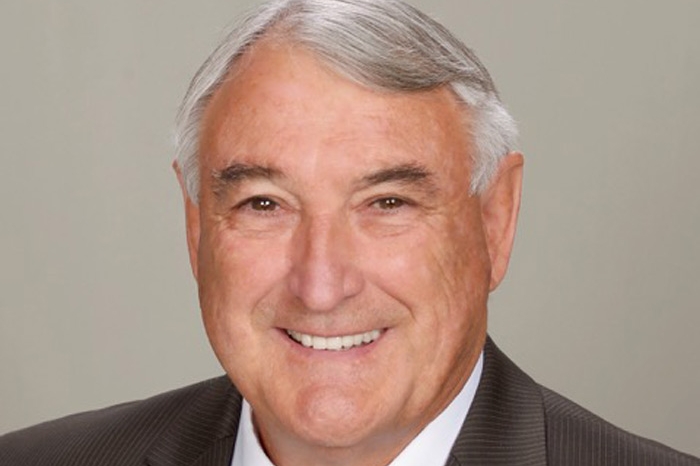 Dr. Douglas Greene ’62 is a man of action. He built a career on it and now, in retirement, he’s sharing his knowledge with others.

“My thought process is if there’s a problem I’ll see if there’s a solution,” he said. “If not, why shouldn’t I just do it?”

Greene’s experience in product development, manufacturing and marketing spans more than 50 years. He started out in retail store management and then became a national buyer with Sears in Chicago, in the 1970s; then he struck out on his own buying and managing several manufacturing companies. He also has experience in developing new products and starting up his own companies such as Skyline Associates International, Inc., Skytech Inc. and Alternate Energy Systems. Known as the “Father of Remotes,” he developed the remote controls for gas fireplaces sold throughout the U.S., Canada and western Europe.

The 1962 graduate of Marietta College recently spent a week on campus as an Entrepreneur-in-Residence, which is part of the Schwartz Leader-in-Residence. A resident of the West Coast, it was his first visit back to Marietta after many years away. He said he was pleasantly surprised by what he found — a renewed energy he could see and feel.

“I received a wonderful reception,” he said. “I met President (Bill) Ruud, and I’d like to see where his plans go.”

Greene has experience working with colleges promoting entrepreneurship at the college level and has the DOUGLAS C. GREENE CENTER for INNOVATION and ENTREPRENEURSHIP building named for him at Southeast Missouri State University. Years ago, Greene provided the seed money for The Gathering Place at Marietta and he is a former member of Marietta’s Board of Trustees. He has worked with two other colleges spreading the message of entrepreneurship, working hard and thinking outside of the box using his PowerPoint presentations, one entitled “50 Years in 50 Minutes.”

A self-described disruptor in high school, Greene said his attitude changed when he came to Marietta College.

“Back then, you went to college, you got a job. There was no going home and living in the basement,” he said. “Instead of being a troublemaker, I got involved. I tell students you’d better be involved. A 4.0 isn’t everything.”

Greene started out majoring in Petroleum Engineering but then changed his focus to business. When at Marietta, his classroom experience exposed him to a course in “Time and Motion Study,” which involved visits to a cigarette manufacturing company, a local metal fabrication plant and a local hospital, his first hands-on experience in the business world.

“This prepared me to think outside the box,” he said.

Greene’s first job offer was from a recruiter from Sears’ Philadelphia headquarters who was visiting Marietta College.

Greene recalls starting out at Sears in their executive management training program and his first job was to unload freight cars bringing merchandise to the distribution center. Learning the business from the ground up was part of the Sears training program. It provided him the foundation for what came later — innovation and risk-taking. He went on to create new products such as remote control devices for fireplaces and heaters in the home and medical devices in hospitals.

Greene defines an entrepreneur as a person who goes to a company, identifies problems and fixes those problems.

“You can do that, but large companies have rules,” he said.  “I liked to work outside the boundaries.

“I don’t think you can teach entrepreneurship from a book,” he said of the importance of connecting with students. “MC should continue to bring people like me to campus and talk to students about their real-life experiences.”

He tells students to be prepared to work for what they want and not to shy away from getting their hands dirty.

“I’m a workaholic,” he said. “There’s no doubt about it. You have to apply yourself.”

Greene also feels too many students overlook the importance of skilled trades. He is a proponent of maker spaces and the opportunities offered through such on-campus facilities, when available.

Greene said, “not all of my initiatives were successful. There were a lot of ups and downs, but more ups than downs. I was successful because I found my niche.”

During the week, Greene met with his scholarship recipients, PioBiz Award Winners, leadership students and had one-on-one meetings with students who have been actively involved with the entrepreneurship program.

“I’ve had a lot of great conferences with individual students,” said Greene. “I learned that many students have a strong reliance on the internet, and some see it as their only avenue to a successful business, but that’s not going to work in the long run, it’s a piece of the whole puzzle.”

While on campus, Greene toured the College and found the new music therapy program in the McKinney Mass Media Building to be a perfect merger of academic disciplines and clinical training. Throughout his career, Greene has seen the need and importance of interdisciplinary collaboration and learning across campus, no matter what major.

“I think that multi-disciplinary skillsets are very important and that all majors should be exposed to the business and entrepreneurship side as well,” Greene said. “A good example is theatre and the arts. Not everyone is going to be on stage, but there is this whole process of production performance, tickets, advertising, and more that’s part of a business. It’s great if you get the lead part in the play when you get to New York City, but you might not and instead end up in the back room, so you should know what to do in order to be successful.”

“Mr. Greene made it possible for me to become a first-generation graduate and if it weren’t for the Douglas C. Greene Scholarship I wouldn’t be in school right now,” Shuler said. “I thought it was very cool to hear the path that Dr. Greene took in his career and it is very similar to what I envision for myself. He worked in a strong brand and worked his way up and also learned a lot on his path and used that to develop his own businesses. I believe Marietta College develops life-learners and I hope to follow in the footsteps of a very successful learner.”

When they met, Greene surprised both Mel and Kate with personalized scholarship award plaques.

“I think it’s important for students to feel proud to have received a scholarship and to be associated with the donor who gave it,” Greene said. “I also included a little message in there for them not to forget that it’s a hand up not a handout and maybe down the road they will be able to do the same thing for future Marietta College students.”