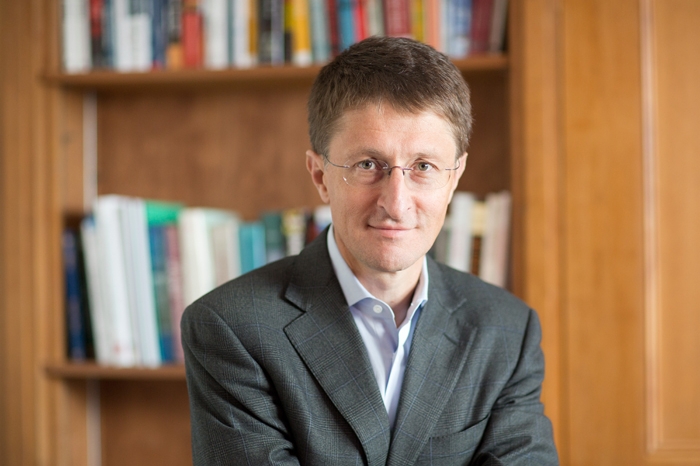 Boycko’s talk begins at 7 p.m., Sunday, March 4th, in the Alma McDonough Auditorium. The program is free and open to the public.

Boycko, who has taught economics at Moscow State University and has had research affiliations with National Bureau of Economic Research and Institute of World Economy and International Relations, Russia, is expected to discuss “Russia’s Escape from Communism.”

He is a member and the founding chairman of the Board of The New Economic School, leading Russian private graduate school in economics. Boycko has a broad range of experience working with the Russian government, nonprofits and business. During President Yeltsin’s second term he served as Deputy Prime Minister and Deputy Chief of Staff.

Boycko played a principal role in the design and implementation of the Russian voucher privatization program in 1992-94 and macroeconomic stabilization program in 1995. In 1998-2010 he was a partner at Video International, Russia’s largest private media and advertising group. Boycko received a Ph.D. in economics in 1986  from the Institute for World Economy and International Relations, Russia and a Master of Arts in applied mathematics in 1982 from the Moscow Institute for Physics and Technology.

Boycko is also scheduled to speak at the Economic Roundtable of the Ohio Valley at noon, Monday, March 8th, at the Marietta Country Club. He will speak about “Russia: The Economic and Political Outlook.”