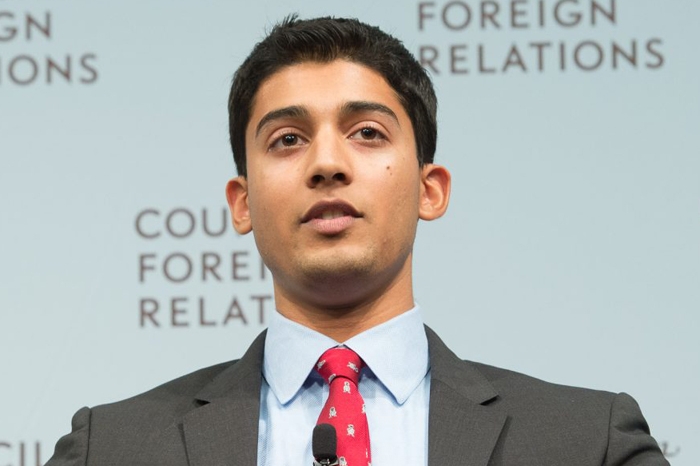 Varun Sivaram, the Phillip D. Reed Fellow for Science and Technology at the Council on Foreign Relations, will be featured at a Leadership Q&A at 7 p.m., Thursday, April 19th, in Thomas 209.

This event is free and open to the public.

Sivaram is also a strategic advisor to the office of New York Gov. Andrew Cuomo on Reforming the Energy Vision. Before joining CFR, Dr. Sivaram was a consultant at McKinsey & Co., where he counseled Fortune 500 companies on adapting to the modern competitive landscape in energy.

Sivaram’s new book is entitled Taming the Sun: Innovations to Harness Solar Energy and Power the Planet. He is an adjunct professor at Georgetown University and is a member of the advisory boards for both the Stanford Woods Institute for the Environment and the Stanford Precourt Institute for Energy.