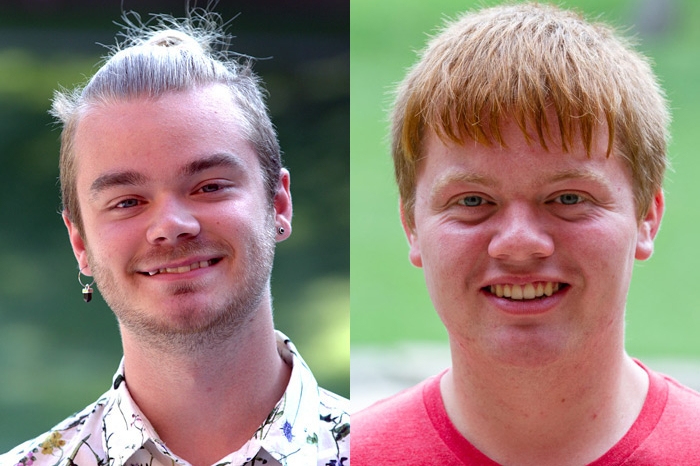 The Maloof Grants were established by the Marietta Delt Educational Foundation (MDEF) in 2019 in honor of Greg Maloof ’67, who stepped down as the foundation’s chairman in 2020.

Maloof was a founding member and president of Beta Delta Epsilon, the local fraternity founded in 1966 which became the Epsilon Upsilon Chapter of Delta Tau Delta in 1969. He was also a charter member of Epsilon Upsilon and is the chapter’s oldest living alumnus.

“The MDEF is committed to helping more undergraduates take advantage of Delta Tau Delta divisional conferences and Karnea — the fraternity’s biennial convention,” said Mark Hirschfield ’09, who chaired the Maloof Grant committee. “We believe that the experience of being with Delts and participating in educational opportunities creates positive outcomes on campus at Marietta College. MDEF also considers other educational opportunities for undergraduates, including outside seminars and bringing leading trainers to campus.”

MDEF selected this year’s recipients from a pool of applicants based on their academic performance, campus activities, involvement in the chapter and commitment to growth in and all three of the above areas.

“I, as a member of Delta Tau Delta, strive for excellence in every aspect of my life, whether it be the performances I contribute to in Hermann or a Pioneer Activities Council meeting in McDonough,” Hoblitzel said. “The Maloof Grant has allowed me to continue my studies and activities unburdened by financial concerns.  I am very thankful to the Marietta Delt Education Foundation and the alumni that made it possible.”

Hoblitzel, who is majoring in Theatre, is also active in the Dungeons & Dragons Club and Alpha Psi Omega Theater Honorary, while also working in the Theatre Department’s scene shop. He was also recently selected to become an orientation leader in 2021.

Taylor, who will serve as President of Delta Tau Delta, next year, is honored to be one of the first honorees.

“The Maloof Grant is an excellent part of my Delt experience,” he said. “Receiving this honor has allowed me to focus not only on the organization but also on my school work with less worry about balancing my finances. Also, it is great to know that the alumni and the MDEF takes the time to look for and assess the needs of the chapter and allow some of our members, myself included, to participate in the chapter activity through their generosity.”

Outside of Delta Tau Delta, Taylor serves as president of the Society of Petroleum Engineers, Chairman of the Marietta College Oil and Gas Technical Exhibition, Director of Finance and Administration of the InterFraternity Council and is a student worker for the Petroleum Department, where he does outreach to employers. He is majoring in both Petroleum Engineering and Finance.

MDEF is a 501(c)3 nonprofit organization formed to assist the Undergraduate members of Epsilon Upsilon Chapter of Delta Tau Delta with their education and leadership training through grants, scholarships and MDEF-provided programs and activities.

The foundation established the Maloof Grants through the generous donations of alumni members Cody Clemens ’13, Robert Gibson ’95 and Shawn Selby ’92.