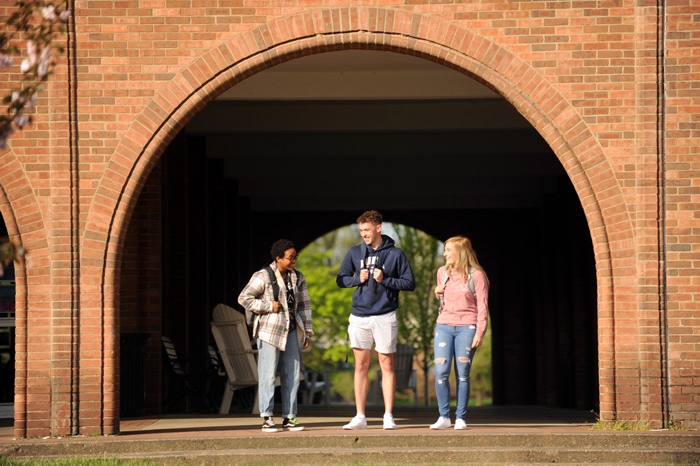 After serving on the Marietta College Alumni Association Board of Directors for six years, Patty Bain Bachner ’77 reflected about going off the Board on a high note, namely, being able to help the College successfully surpass its 2020-2021 annual fund goal.

“In a pandemic year, it was just phenomenal the way we all came together to make this happen,” said Bachner, who is the outgoing chair of the MCAA’s Development Committee. “It was a super, team effort.”

The College embarked on an array of giving opportunities — from the Stadium Sell Out and fan cutouts to the fifth annual Day of Giving.

“With this year’s Day of Giving, it was very exciting because you have no idea what’s going to happen when it starts and then, all of a sudden, these numbers starting coming in. … It was incredible to see,” Bachner said.

During the Day of Giving, 110 alumni volunteers advocated on behalf of the College and helped raise $227,000 from more than 1,300 donors — setting a record in both revenue and participation.

Kathryn Gloor, Senior Director of Annual Giving, said there were 3,145 alumni donors during the fiscal year, which is the highest number in a decade.

“The Long Blue Line has demonstrated their passion and commitment to Marietta College in a big way in recent years,” Gloor said. “While most institutions have seen declining alumni participation, Pioneers have reversed that trend and we’re proud to say that more than 21 percent of Marietta College alumni made a gift this past year, again the highest in the OAC. These donors are providing opportunities for more than 1,200 students, and on their behalf, we’d like to say thank you.”

Bachner said during her time on the MCAA Board, she has definitely seen many changes.

“It’s more a more organized, more goal-driven and a very efficient organization,” she said. “We’ve had fun with each other and developed true friendships. This was a family effort.”

Bachner is looking forward to joining her Alpha Xi sisters during Homecoming and seeing other classmates and friends during the October 21-24 weekend.

“I was very involved in the sorority (as a student),” said Bachner, who was also on the Student Body Executive Board. “All the leadership positions really helped me learn how to be a leader and get people to want me to be their leader.”

She said the experiences that she and her classmates had as students and the relationships she created with faculty were some of the most valuable aspects of her college life.

“In a school the size of MC, you do get the opportunity to pursue leadership skills and to learn how to work with others,” Bachner said. “I think it’s one of the best things a college could offer its students.”