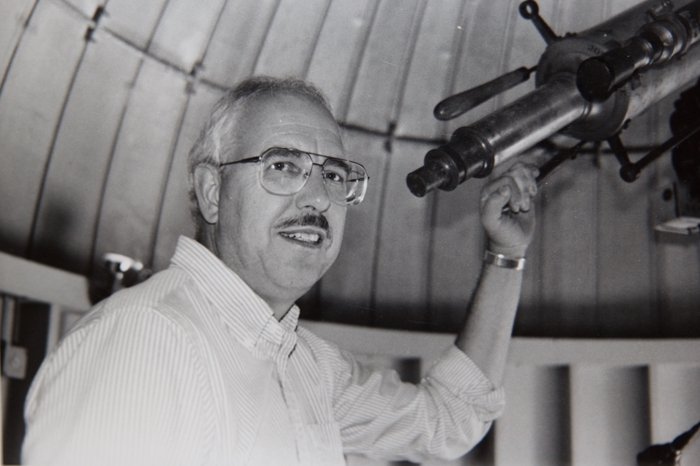 Without a doubt, Dr. John Michel exemplified the type of professor who inspired his peers with his passion for teaching, his field, and the overall liberal arts experiential learning that makes Marietta a pioneer among all other institutions.

“It is with tremendous sorrow that we learned of Professor Michel’s passing on Tuesday (May 15, 2018),” said Marietta College President and Professor of Management Dr. William N. Ruud. “Marietta College has been blessed with the dedication that John showed throughout his career and even in his retirement years, as he continued to be an active member of our community.”

Throughout his career at Marietta, which began in 1970 when he joined the Mathematics Department, Dr. Michel actively sought out ways to help secure the legacy of the College. In addition to teaching applied math, he also served as Chair of the Department and Chair of the Faculty Council.

Because of his active involvement in improving math education, Marietta College was among the first institutions to participate in “Reformed Calculus” projects, which originated from Duke and Harvard universities. He also wrote grant requests to the National Science Foundation that resulted in the math department receiving computers and software in 1989 to offer calculus computer labs.

Known for his excellence in teaching, he was recognized twice with the Edward G. Harness Fellowship. He received the Marietta College Service Award in 2002. He retired in 2004, earning the title, Emeritus Professor of Mathematics.

“Just before he retired, he took a sabbatical at Duke University,” said Dr. Mark Miller, who joined the Math Department in 1999 and who is now the Associate Provost. “That spoke to me about how important it was for John to stay in tune with the latest advancements in math pedagogy. John had a real passion for the legacy of the College. When I think of him from the perspective of a younger faculty member, I think, ‘That’s who I want to be like.’”

He was an active member of the Mathematical Association of American (Ohio Section) throughout his teaching career and co-founded Ohio NExT, a special mentoring program for young Ohio math faculty geared toward improving math education in the state. He also served terms as MAA president and secretary-treasurer. In 2009, MAA recognized him with the Certificate of Meritorious Service.

Prior to joining the faculty at Marietta College, Dr. Michel was a mathematics research fellow, teaching assistant and research assistant at the University of Denver. From 1963-65, he was a systems analyst and mathematician for the California Institute of Technology’s Jet Propulsion Laboratory.

“Every summer for 30 years, he and Kay and the kids would go back to Pasadena and he would work at the JPL,” Miller said. “He was working on calculating flight trajectories for the Mars probes.”

“He was big into math pedagogy and he was big into applied math,” Miller said. “He came back after retirement to teach two particular classes in applied math, and he also stayed involved with Learning in Retirement, where he took classes and taught classes. He retired but he never really left Marietta College.”

Miller noted that Dr. Michel had other passions, including artistic movies and tennis.

“He coached tennis at Marietta for some time, and he also played,” Miller said. “He and Sid Potash were tennis partners and would play doubles. He loved college basketball and until a year or so ago, he played Monday night volleyball.”

Miller said his colleague and mentor helped students interested in applied math conduct research, often inspiring them to go further in the field. Miller also added that many math faculty in Ohio will note the impact Dr. Michel had on their abilities as educators.

Dr. Michel is survived by his wife, Katharine (Kay) Tilley Michel, their son, Jeffrey, and two grandchildren. He was preceded in death by his daughter, Jennifer.