The mugginess of the summer day was not ready to yield as vans and trucks hauling cargo trailers began pulling onto the curb in front of Muskingum Park.

Though the regular workday had wound down, small groups of young adults began unloading sound and lighting equipment, costumes and other props around the park’s gazebo. Within the hour, an entire set was in place and nearly two dozen actors were dressed and ready to entertain the hundreds of people in the audience.

Just as the sun descended behind the trees along the Muskingum River, soft lights began to glow around the stage, focusing the attention of guests to the action beginning on stage — the final outdoor summer performance of William Shakespeare’s Twelfth Night.

If the planners of Muskingum Park ever had an inkling of what the green space in downtown Marietta could potentially be, this was it.

“Ten years ago, if you would have said that something like this was going on in downtown Marietta I would have said, ‘No way!’” says Marilyn Nonnenmacher, a Stanleyville resident who brought her adult daughter, Jamie McAfee, to watch the free outdoor production of William Shakespeare’s play. “I love the idea of being outside and watching a play. The College and [Peoples Bank Theatre] have completely changed the feeling of this city — it’s such a culture-rich place, a treasure.”

Andy Felt, Associate Professor of Theatre at Marietta, Co-Artistic Director of the Marietta Summer Theatre Festival and Director of Twelfth Night, says the festival ties into the breadth of the College’s Theatre offerings during the academic year and in the summer months.

“When I was interviewing for graduate schools, I was looking for ones that specifically had Shakespeare festivals because I’m a Shakespeare guy,” Felt says. “In the academic world, you know who those schools are. So, we are trying to be a college that is tied to a summer festival.”

Drawing seasoned and burgeoning actors from across the country to participate in major productions in Muskingum Park and the Peoples Bank Theatre, the Summer Festival is gaining a lot of buzz within the theatre world. In addition to holding local auditions for Marietta College students and students from nearby universities, the College also held regional auditions to cast a wider net for talented acting students.

“We’ve had actors from as far away as Colorado, and I think our farthest this year is from upstate New York,” says David Makuch, Associate Professor of Theatre at Marietta College. “This is the first year that students who weren’t at the regional audition drove down from places like Kent and Ohio Northern. A couple students in Ohio chose not to go to the regional audition and, instead, drove down for the local audition. It means that the word is spreading, which is our whole reason for doing this.”

Ashley Hungerford ’16 was a Theatre major at Marietta and is currently attending graduate school at West Virginia University to study technical direction for theatre. She served as the Assistant Stage Manager and Sound Designer for Twelfth Night.

“We’ve been in Marietta for six weeks for rehearsals,” Hungerford says. “After six weeks, we were ready to perform. That’s what I love about theatre — you get to see your art come to life.”

Last year, she served as the stage manager for the Summer Festival’s production of A Midsummer Night’s Dream, and also worked on Love’s Labor’s Lost as an undergraduate student in 2014 when it was presented by the Shakespeare by The River troupe prior to the organization of the Summer Theatre Festival.

Not only did the actors and technicians have six weeks to prepare for Twelfth Night, they were simultaneously preparing for a six-show run of Guys and Dolls.

“Earlier today I was one of the Hot Box Girls in Guys and Dolls,” says Sarah Saho, who portrayed Viola and Cesario in Twelfth Night. “This is such an incredible learning experience for me because I get to be a part of classical theatre and an American classic.”

Saho is a sophomore acting major at Ohio University who has also held roles in The Merchant of Venice and Caberet during last year’s Summer Festival.

“I feel really proud to live in Marietta,” Saho says. “This has given me a great opportunity to meet and work with other actors and technicians I may work with in the future. Though the arts seem big, the art world is really an intimate network.” 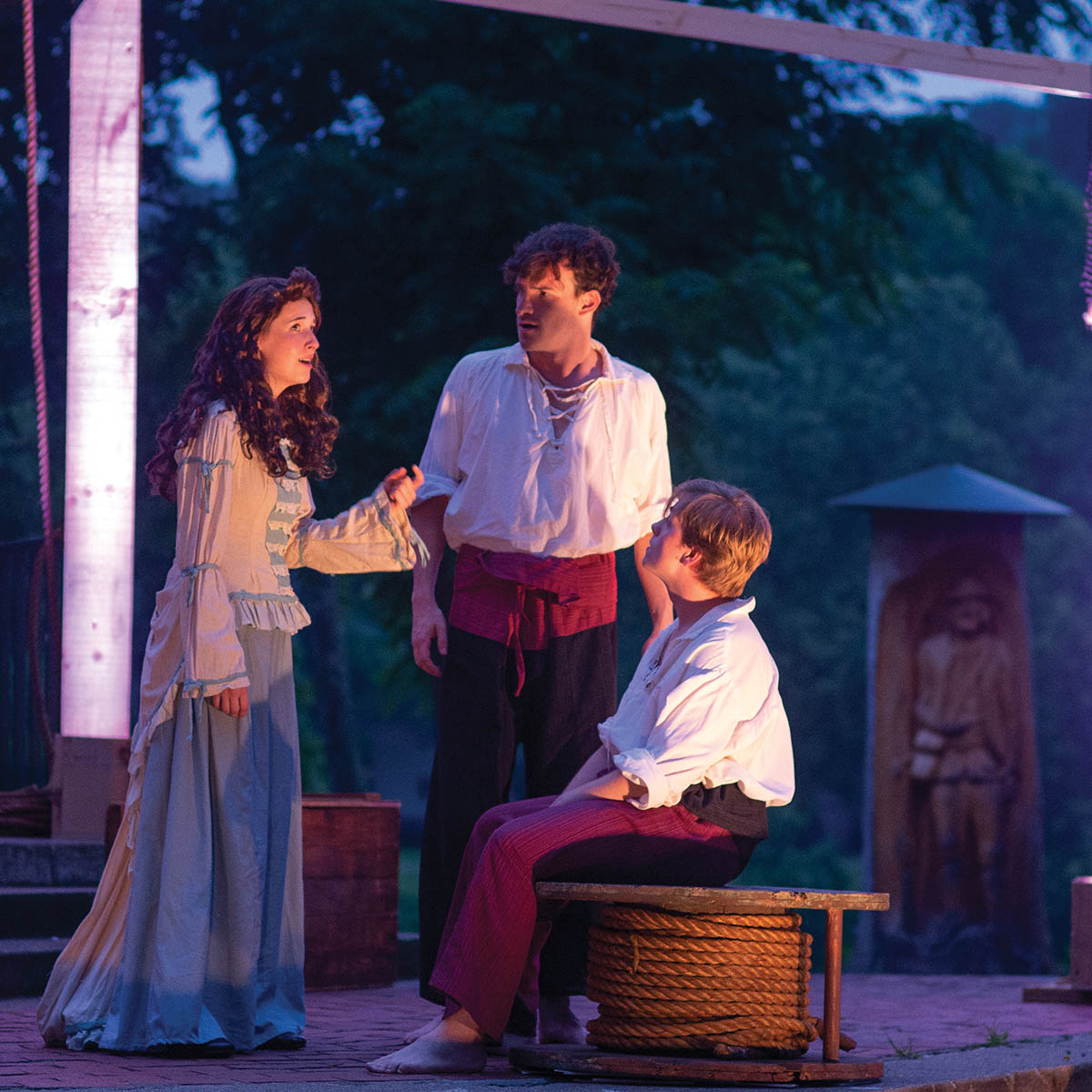 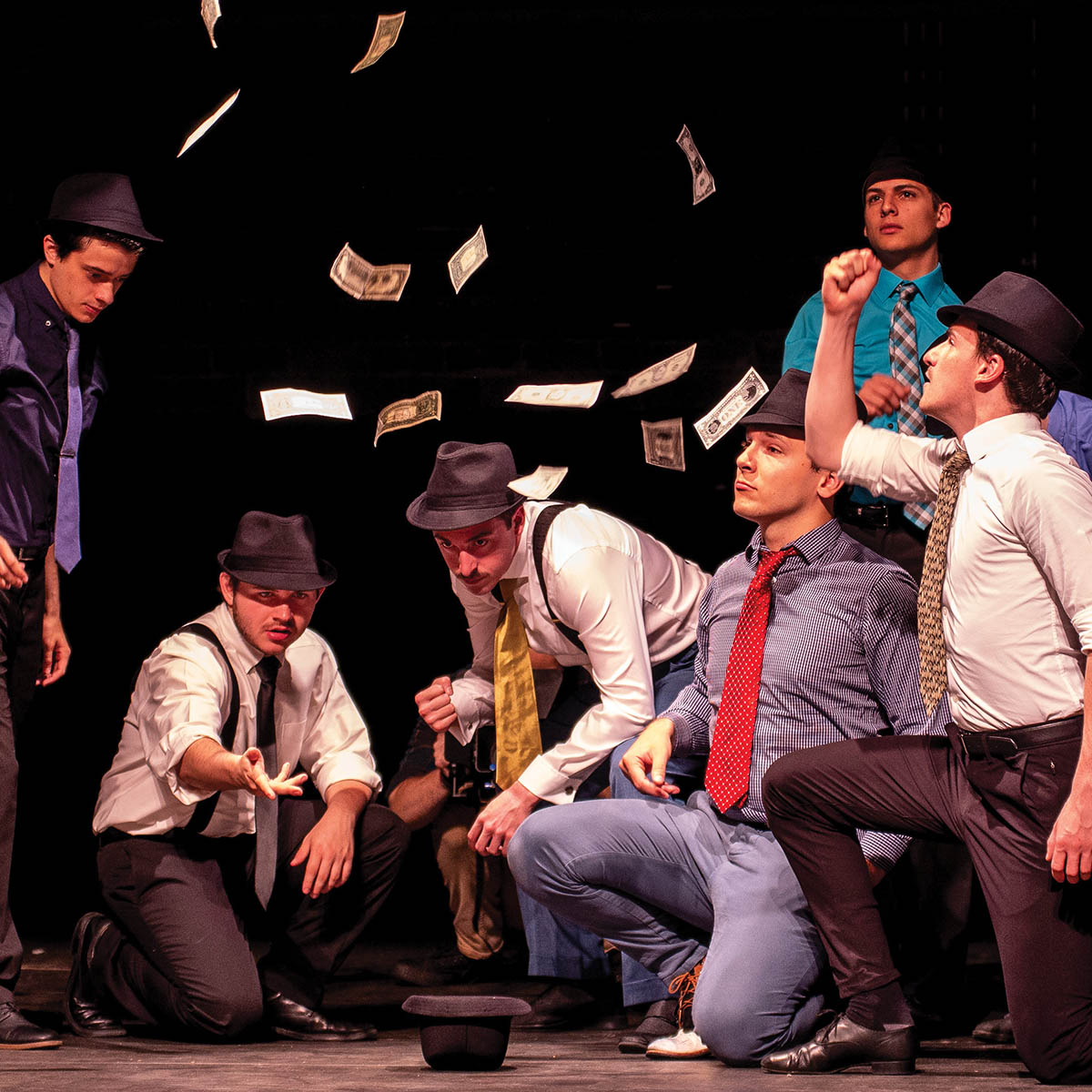 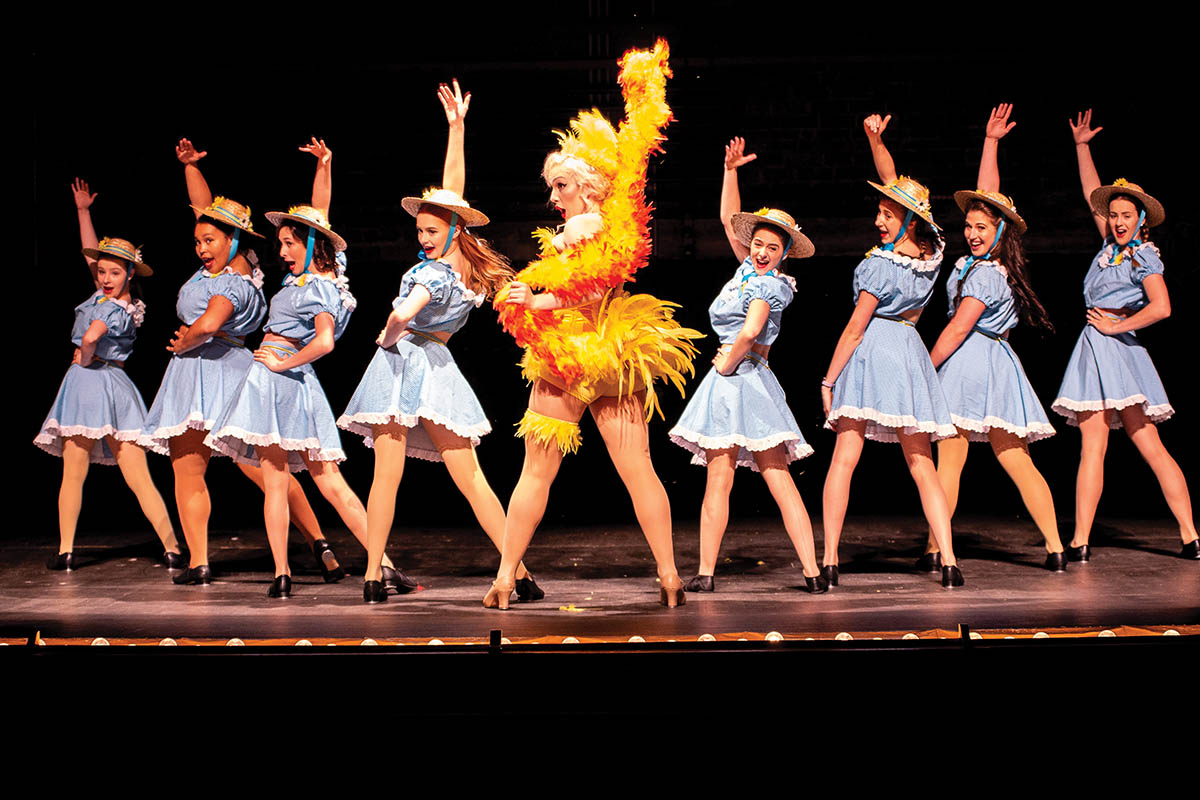 Theater patrons Theresa and Paul Warren attend as many performances as they can in the region.

“We both enjoy the theater and we do what we can to support the arts in Marietta,” Theresa says. “We saw Annie at Marietta College in April, we go to the Actor’s Guild in Parkersburg and to the Mid-Ohio Valley Players productions. These performances open my eyes to the talent that the youth in this area have and how lucky we are to be able to watch this level of talent in our own community.”

Sarah Gabrick, who was the Production Stage Manager for the 2018 Marietta Summer Theatre season, says Marietta College played an important role in her being able to have this experience.

“This is the first summer that the festival has gotten to bring in a professional stage manager, and that wouldn’t have happened without the College offering additional funding,” Gabrick says. “For a small college to be able to produce such a high-quality production, you know there is definitely an investment being made in the arts.”

Felt says the College is firmly behind building up the Theatre Department, adding that the return of the Musical Theatre major has also signaled another return to campus: Melissa Hill Grande, who is an instructor at Marietta and a costume designer for productions. She previously taught at Marietta for more than a decade.

“Theatre alums know her and many are still close with her,” Felt says.

Beyond adding the new major and faculty, the College also is dedicated to building the Summer Festival, which students in Marietta’s major can utilize as their required internship.

Cleveland native and Kent State University senior Grace Hunt forged close bonds with the cast and crew of the Summer Theatre Festival, as well as with the city of Marietta. Moments after ending her role as Feste in Twelfth Night, she sat in one of the chairs set up for the audience in Muskingum Park.

“I’ve never been away from home but this community, Marietta College, has really made me feel welcome,” she says. “The College put us up for the summer. I stayed at the Pioneer House, ate in the dining hall and played a lot of games with the cast. I’ve met some of the greatest performers I’ve ever worked with, but they are also like family to me.”

Hunt says Marietta is the perfect setting for students to develop their skills in the theater world.

“The community has so much history and so much to offer,” Hunt says. “I can go on a ghost tour, go kayaking and walk across a train bridge. But I can also work with talented artists, learn the technical aspects of the theater and add an impressive summer stock to my résumé. I will never forget Marietta.”