Alex is a Geology major who is also pursuing minors in Chemistry and English. She is currently interning with NASA’s Planetary Geology and Geophysics Undergraduate Research Program (PGGURP) in an internship coordinated through the University at Buffalo.

There were so many Marietta moments that led to where Alex Kirsch ’20 is today: completing an internship through NASA’s Planetary Geology and Geophysics Undergraduate Research Program — research that happens to be taking place for nine weeks this summer at the University of Hawai’i at Manoa. She is studying the formation of olivine crystals, a mineral found more in magmas primarily in the mantle of Earth and not on the surface, in these samples, which are mostly moon rock samples harvested during the Apollo 17 mission. Another exciting possibility came with the eruption of Mount Kilauea, which may cause her research topic to change slightly in order to study that volcanic event.

Earlier this year, Sue Hiser, the Administrative Coordinator in the Petroleum Engineering & Geology Department, sent Alex and other majors a link to the application. Though she was competing nationally against older, more experienced students, Alex took a chance.

“I said to myself, ‘Why not?’ and I applied,” Alex says. “Essentially, in the application, they asked me about my preferences for research, and in my application, I chose igneous petrology and/or volcanology.”

Long before she knew what she would be researching during this internship, she was already learning about igneous rocks in Dr. Paul Washington’s class.

“Without Dr. Washington’s Mineralogy and Petrology class, I never would have fallen so in love with the type of rocks I’m about to study with NASA, or the methods through which I’ll study them,” she says.

But ultimately it was an alumnus whose experiences at Marietta College led her to take a closer look at a liberal arts education.

“I chose Marietta College because it has a great Geology program, it was the most economic option for me personally, and my dad Glenn ’89 also went to college here and graduated with majors in Marketing and Entrepreneurship,” she says.

Alex considers Marietta her second home and loves the fact that the liberal arts curriculum allows her to major in Geology and pursue minors in other areas of interest — English and Chemistry — rather than narrowing her education down to a single field of study.

Walter Strong ’55 was the epitome of a Marietta College graduate

As a student, his academics focused on Economics and Business. He was involved on campus, serving as vice president of his freshman class, being a member of the Economics Club and captaining the rowing team during his senior year. After graduation, he joined Brown Williamson Tobacco Company — now R.J. Reynolds — and worked as a retail salesman, and was later transferred to Cleveland, where he retired as regional sales manager in 1992.

By all accounts, Mr. Strong lived a simple yet satisfying lifestyle until his death in 2015. What he left behind was truly a heartfelt expression of his gratitude for what Marietta College helped him to achieve. In his estate plans, he bequeathed the College the proceeds of his estate, including property in West Virginia.

In total, Mr. Strong gifted Marietta more than $1.5 million, which impacted the College almost immediately by completing the funding for the Lindamood-VanVoorhis Boathouse Renovation Project and bolstering the crew endowment, the College’s overall endowment and support for Marietta’s greatest priorities. By adding his assets — including land, mineral rights, and oil and gas royalties — to his planned gift, Mr. Strong’s bequest will continue to generate support for the College.

Including Marietta College in your estate planning is a great way to ensure your assets — whether it’s a bank account, retirement account, houses, vehicles or property — continue to support this timeless institution and impact the lives of future students.

To learn more about the benefits of adding Marietta College to your estate plans, please visit giftplanning.marietta.edu or call 740.376.4446. 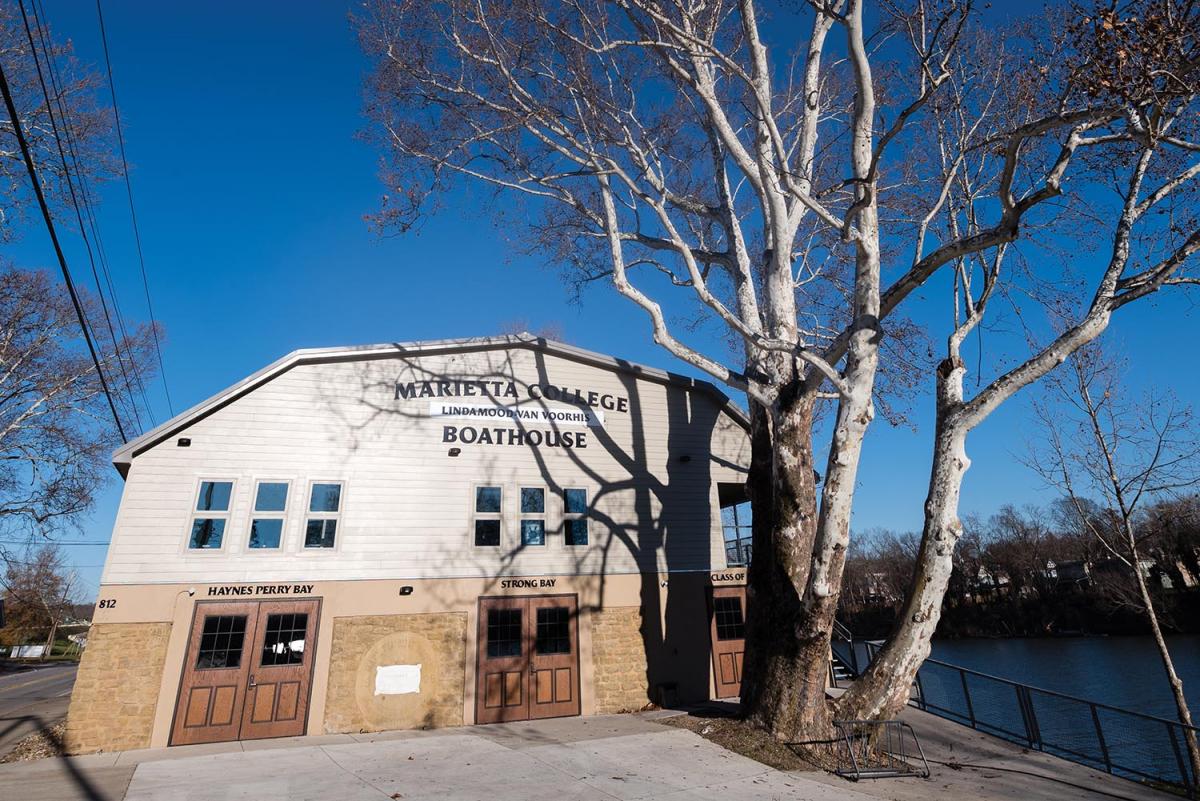