Growing up, Lauren Redfern ’22 was always an athlete.

She tried soccer, but came to love basketball and running cross country. While attending high school in the Dayton area, she was introduced to lacrosse and came to love that sport as well. Now a freshman captain on Marietta College’s newly formed women’s lacrosse team, she’s hoping the College community will come to love the sport as much as she does.

Introducing others to lacrosse is a familiar role for Redfern. She was on the first lacrosse team at her high school, too.

“I’ve always been a big basketball player — that’s always been my main sport,” she says. “But lacrosse has the same concepts, especially on defense.”

While Redfern played point guard in basketball, she’s a goalie for the Pioneers’ lacrosse team. Both positions carry a lot of responsibility and require a lot of heart. But Redfern is used to tackling challenges. 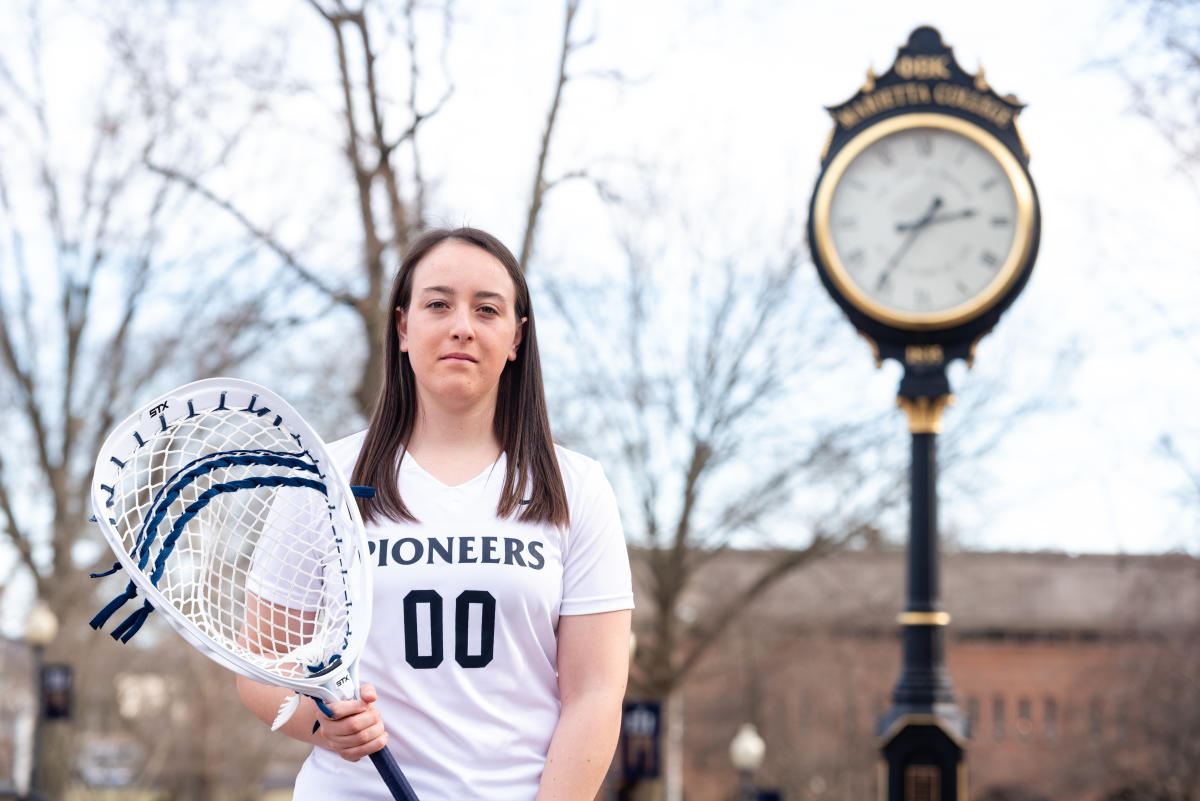 Her father is a member of the U.S. Air Force and while growing up, Redfern moved around a lot, living in Arizona, Texas, Delaware, Illinois, New Mexico and then Ohio. Dayton is where she spent her high school years, and that’s also where Redfern tore her ACL not once but twice. Her injury resulted in her missing out on the end of her senior basketball season and her entire senior lacrosse season. It’s one of the experiences that led her to choose her current major of Athletic Training.

“The athletic trainer at my high school was very involved in my recovery,” she says. “I was there every day, and while my team practiced, I would work with the athletic trainer. I want to be involved with athletes and be that person that helps them get back on their feet.”

Injury isn’t the only adversity she’s faced. While in high school she was diagnosed with the sleeping disorder narcolepsy. This neurological disorder interferes with a person’s ability to control sleep and wakefulness. It causes overwhelming drowsiness and can also lead to sudden “sleep attacks,” which can occur during any type of activity. Redfern said she once experienced such an attack during the final seconds of a high school lacrosse match.

Living with narcolepsy has taught her to be disciplined and listen to her body. She takes medication and naps as necessary throughout the day. She says sports and physical activity help, as does keeping to a routine.

“I have a strict sleeping routine and I need to strike a balance,” she says. “Sometimes I’ll crash at the end of the week.”

Dealing with narcolepsy made moving away from home a significant adjustment.

“I’ve had to learn to advocate for myself and be careful not to push myself too far,” Redfern explains. “I’m lucky my roommate is my teammate. She wakes me in the morning — and she’s good:  if I’m super tired she’ll tell me to take a nap. She cares.”

Redfern credits her lacrosse coach, Malory Brunett, with assuring her family she would be in good hands.

“I know as we all continue to grow as a program, her teammates will learn and feed off of Lauren’s characteristics. Lauren also has a fantastic loyalty to her teammates—she is the first one to stand up and have someone’s back. Our team is very lucky to have that kind of leader.”
— Malory Brunett,
Head Lacrosse Coach

“She cares about her players,” Redfern says of Brunett.

It didn’t take long for Brunett to realize Redfern would have a positive impact on the lacrosse program.

“From the first time I met Lauren through the recruiting process, I knew she was extremely mature for her age. She continues to show me so much respect and loyalty every day,” Brunett says. “It is evident she was raised with high expectations. I love that Lauren is able to bring that maturity and respect to a young, new team. She is helping set an example of what we are building Marietta women’s lacrosse players to be.”

Redfern is one of 14 freshmen on the team. Being named one of the team’s first captains is an honor, she says.

“I’m honored my coaches and teammates hold me in that regard,” Redfern says. “My goal is to be respected and do the best I can.”

And Brunett wants her to do just that.

“Since we are a team comprised of mostly freshmen, I really wanted to name a freshman captain so the team would have a leader that was also a peer. Lauren was the perfect fit — she leads with a wonderful example and mindset, but also relates to her teammates,” she says. “Even though Lauren is just beginning her collegiate career, she understands early on what it takes to be a competitive team. Her captain role enables her to share that vision with her teammates.

“I know as we all continue to grow as a program, her teammates will learn and feed off of Lauren’s characteristics. Lauren also has a fantastic loyalty to her teammates—she is the first one to stand up and have someone’s back,” Brunett adds. “Our team is very lucky to have that kind of leader.” 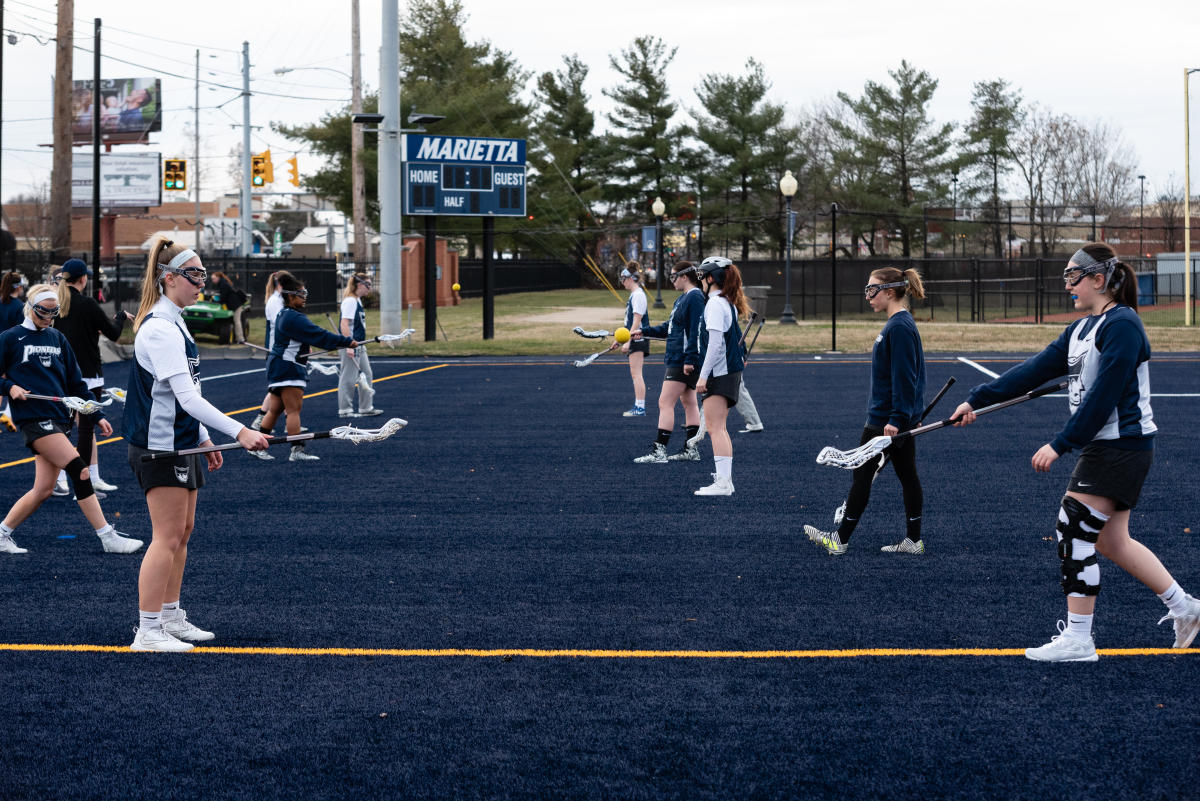 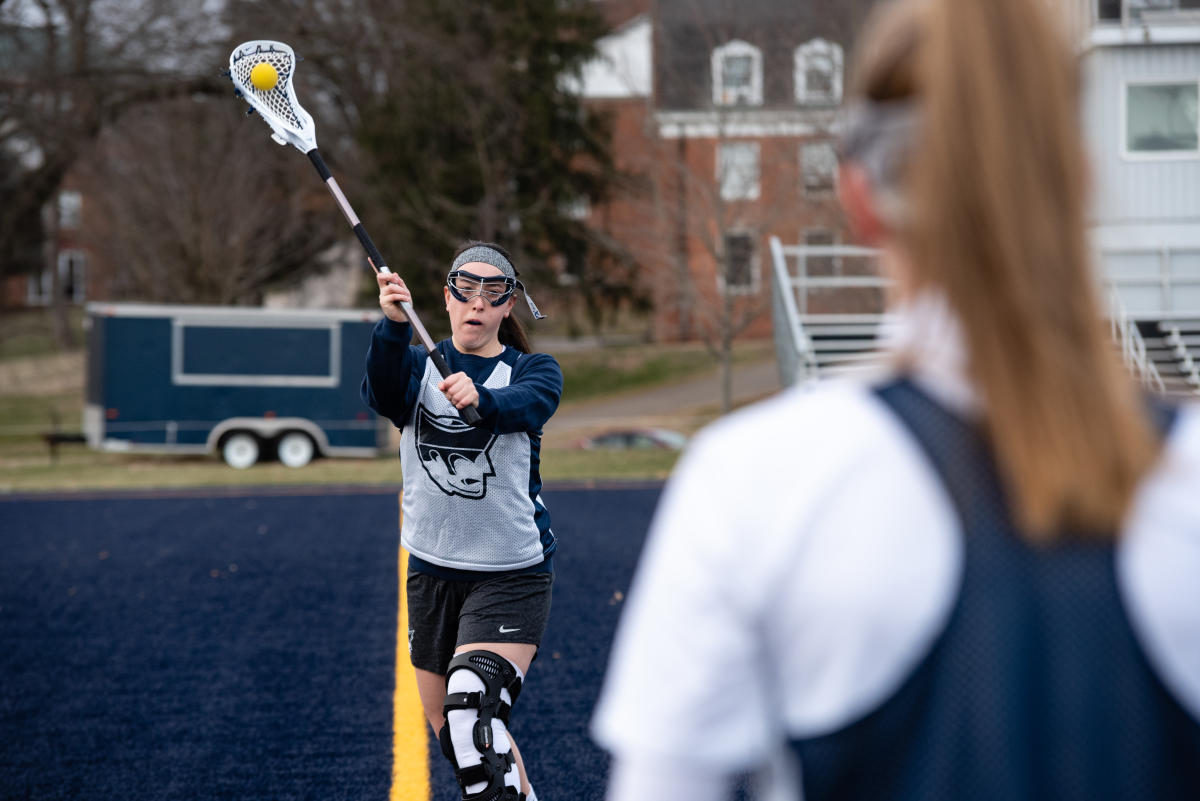 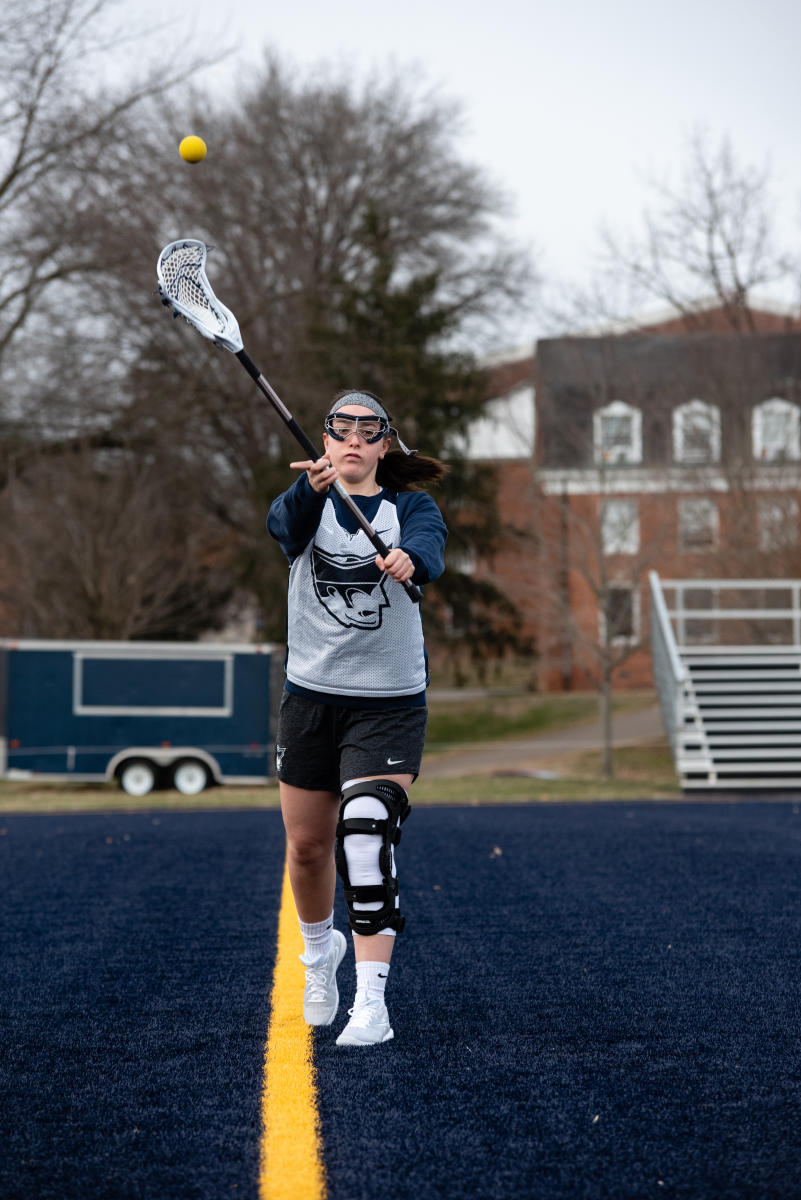 The Marietta College women’s lacrosse season kicked off Sunday, Feb. 17, with a home match at 11 a.m. In the weeks and months leading up to the season, Redfern and her teammates have been working hard conditioning and playing other teams in scrimmages and off-season leagues when they can.

Sports continues to help Redfern find the balance she needs in life.

“Sports is my stress reliever,” she says. “When I step onto the track or field, or into a weight room, I can shut my mind off.”

She likes the fact that being an athlete and participating in sports holds her accountable, too.

“We’re here to graduate,” she says. “Family, school, then sports. It’s exciting to bring a new sport to this community. I can’t imagine not playing a sport, and it’s exciting to be part of history and part of a new program.” 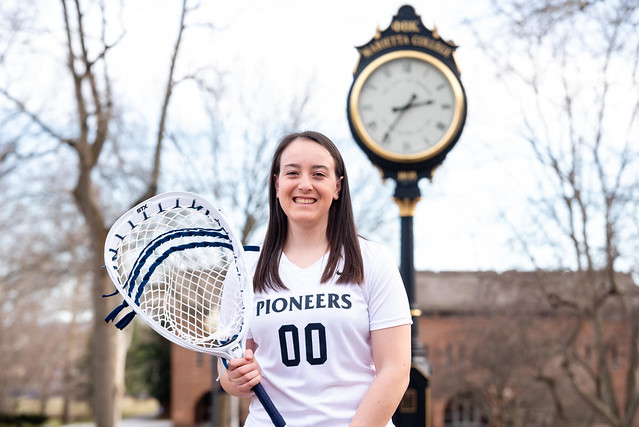