Marietta College’s annual Winter Weekend is a great time to do two things — reminisce and compete.

Naturally, the College recognizes some of its greatest student-athletes during the Hall of Fame ceremony, but this February, the 1989 women’s soccer team was also honored for winning the first and only Ohio Athletic Conference championship in program history.

“I was only a small [part] of it, but the humility that these players have and the character they possess is just unbelievable,” said former coach Toni Roesch, who returned to Marietta for the celebration. “They bought into winning. To have the work ethic and to buy in and to have the pride that ‘We are Marietta.’ These kids wanted to win.”

Both the women’s and men’s basketball teams won their respective games over Ohio Northern, but the competition in the alumni games was equally impressive.

The weekend kicked off with a History of Women’s Sports with former coaches and players speaking to about 50 people. 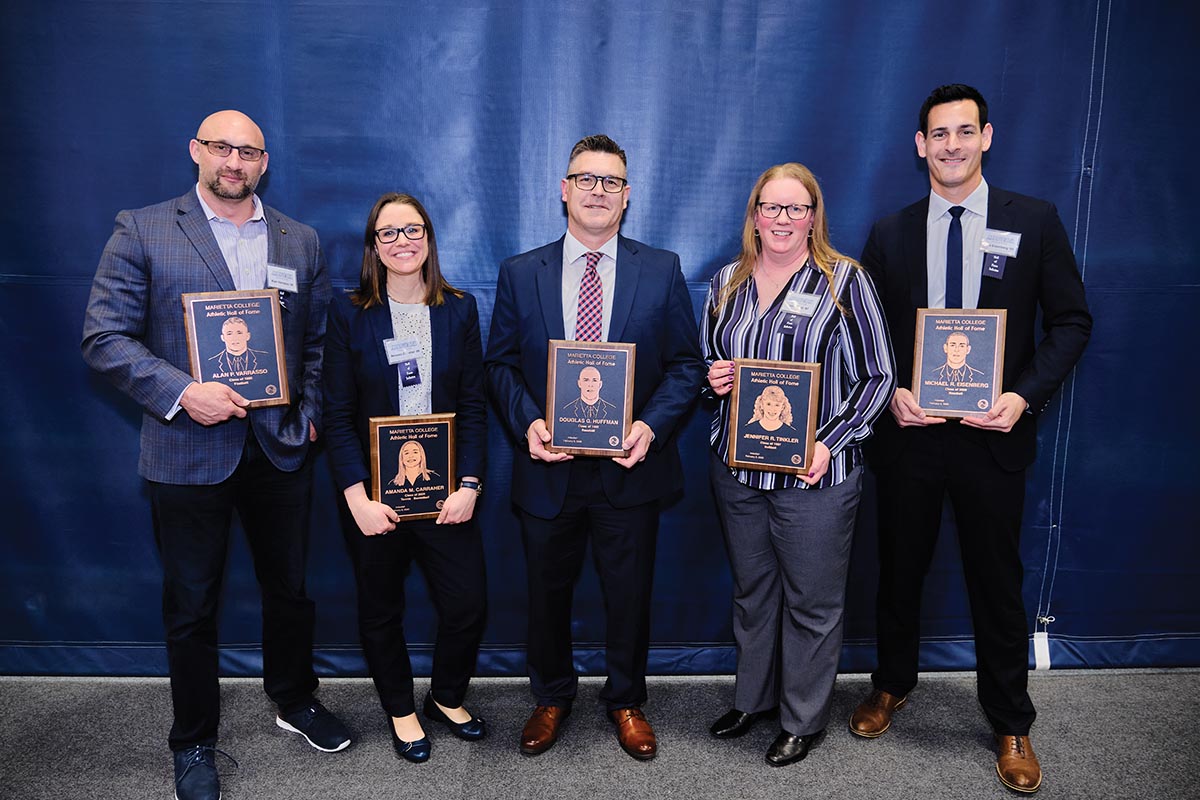 “When [Coach Brian Brewer] told me they were putting me in the Hall of Fame, my first words were, ‘Are you kidding me?’ He said, ‘Yeah, I’m kidding you, Doug.’ It went on for a little bit, and I didn’t know if I could believe him. … Then he had a moment where he got real sincere and said, ‘No, I’m being honest.’”

“Being here taught me what it meant to work really hard. I didn’t really have much of an offseason, so I think that extra time that was put into being in the library and being in the weight room pushed me the extra limit.”

“There were a lot of blue-collar kids that played on [the 1995 team], and there was a coach [Gene Epley] who was extremely inspirational. The way we played was much different than the other OAC schools. We played with a chip on our shoulders.”

“Being part of the first women’s team to move on to the [NCAA] regional tournament was probably my best moment here.”

“Every day, I knew I was in the right place because there are a lot of colleges you can go to as an athlete where [athletics] is the last priority. … To come somewhere that took baseball seriously was one of the best decisions I could have made.” 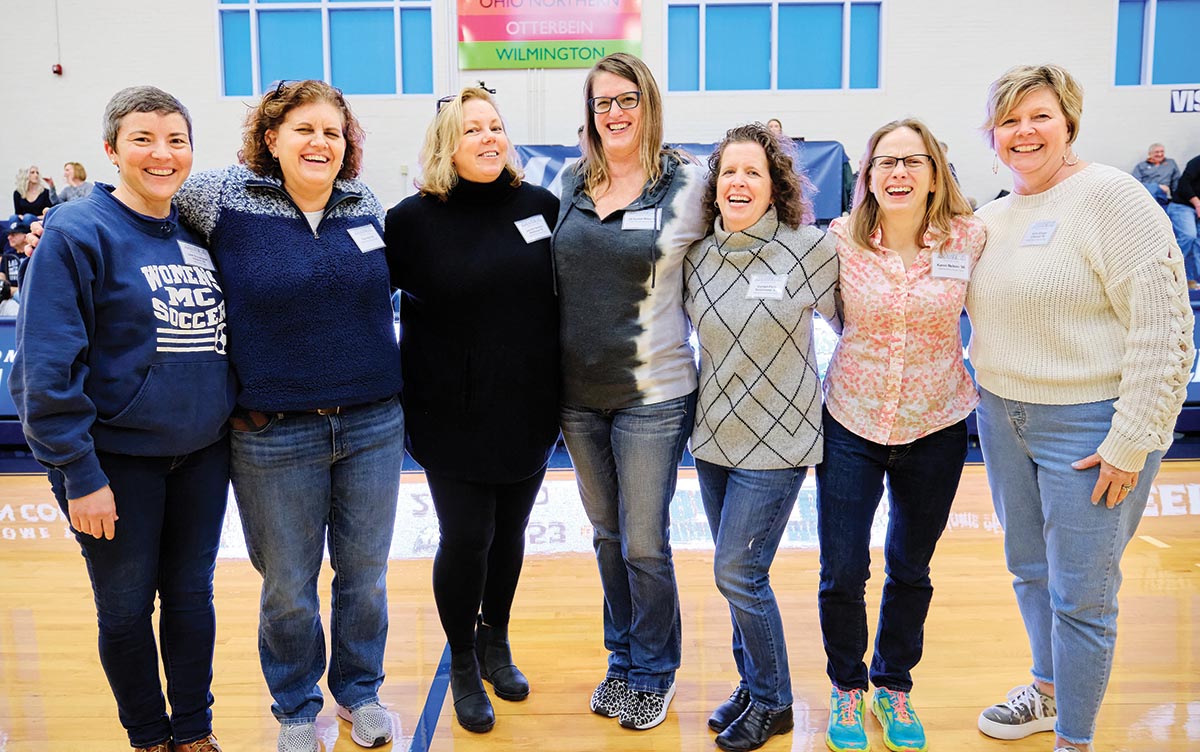 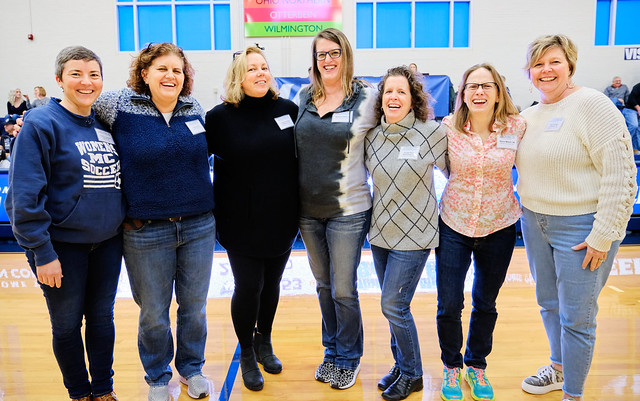