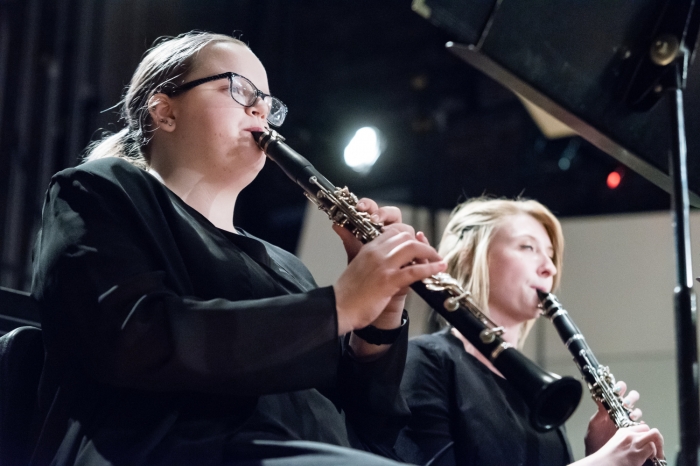 Marietta College’s Symphonic Band and Wind Ensemble will perform their fall concert at 7:30 p.m., Wednesday, November 20th, at the Peoples Bank Theatre. Their concert “Bach, to the Standards” will include quintessential wind band works by the greatest wind band composers of the early to the mid-20th century.

Christopher Schletter, Interim Director of Bands, said the fall concert is a reflective “nod” to the past — the traditions of the wind band, and its establishment as an integral part of our societal musical experience; one that is substantially American.

“Obviously, a play on words, this concert is a collection of some of the standard works from what is considered the core repertoire collection for wind band performed by groups of all levels,” Schletter said.

One of the pieces is a wind band transcription of Fantasia in G by J.S. Bach, hence Bach, to the Standards. Although there is only one transcription in the concert, the inclusion of this piece keeps with the traditions of the wind band dating back to the late 19th century when bands were known to perform transcriptions from various genres.

“This is part one of a two-part series programmed to illustrate the progression of wind band works,” Schletter said. “The first part is a look back at the repertoire that helped shape the wind band genre as it is known today and does not include music written after 1960. The spring concert will be a collection of new works for wind band and will include only works written after 1990.”

The repertoire for the concert includes:

“Some of the greatest composers of the 20th Century have composed for wind band and we want to highlight those composers and their works,” Schletter said.