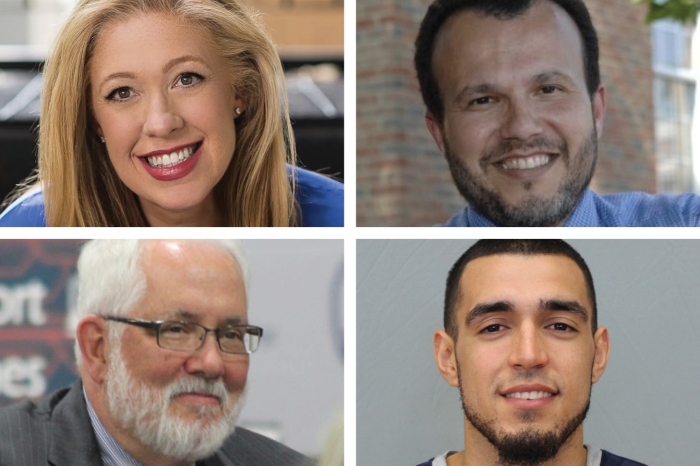 During Homecoming 2022, Marietta College's campus will be overrun by hundreds of alumni as they celebrate reconnecting with friends and faculty and also making new connections with current students.

One important annual tradition will also happen during this special weekend. Marietta College will honor four individuals during the annual Alumni Awards ceremony, which will take place at 9:00 a.m., Saturday, October 15th, in the Alma McDonough Auditorium.

"We are excited about this year's award winners, and we are pleased to honor them in this special way," said Dr. Erika Cornelius Smith, Director of Alumni Relations and Engagement. "We appreciate the hard work that the alumni association places on seeking nominations and selecting the recipients each year."

Brady is the Deloitte Ellen Gabriel Chair for Women and Leadership at Simmons University and the first Chief Executive Officer of The Simmons University Institute for Inclusive Leadership. The Institute develops the mindset and skills of leaders at all stages of life so they can foster gender parity and cultures of inclusion.

As a relationship expert, leadership wellbeing coach, best-selling author, and speaker, Brady educates leaders and executives globally on fostering self-awareness to get the best out of themselves and others. She also advises leadership teams on how to work together effectively and create cultures of inclusion and gender parity in their organizations.

Garcia is a former All-Ohio Athletic Conference basketball player who finished his career with 1,052 points. But now he is known as an up-and-coming strength coach who provides personal training for professional athletes.

Still passionate about basketball, Garcia has shifted his focus to training and guiding elite and motivated athletes to get the most out of their abilities. He owns and operates his own business, Garcia Effect, in Miami, Florida, and he is a Certified Athletic Trainer and a Certified Strength and Conditioning Specialist.

Garcia's basketball knowledge has opened doors with professional basketball players like Kendrick Nunn, Cam Johnson, Tyreke Evans, Michael Beasley, and James Bouknight. The success he has experienced with those athletes is now helping him attract other professional athletes and celebrities, including rapper Gucci Mane.

Ferguson's recognition as the Liz Tribett Service Award winner is fitting after he served for almost 50 years as the chapter advisor for the Delta Tau Delta fraternity. During that time, he served as a mentor and friend to more than 500 Marietta College students - devoting a huge part of his life to the fraternity.

A 1971 graduate of the University of Cincinnati, Ferguson was a member of the Gamma XI chapter of Delta Tau Delta.

A life-long resident of Marietta, Ferguson returned to his hometown and became a successful CPA and business and civic leader. Known for his kindness and patience, Ferguson helped countless men succeed in the classroom and become campus leaders.

Perruci, the former Dean of the McDonough Center for Leadership and Business, died at the age of 59 on July 9, 2021. He was recognized as a McCoy Professor in 2001. He also authored and co-authored multiple articles and books on leadership and leadership education, including Global Leadership: A Transnational Perspective. Dr. Perruci also co-authored Understanding Leadership: An Arts and Humanities Approach, now in its second edition, with his colleague Robert McManus which is now in its second edition. Perruci also published Teaching Leadership: Bridging Theory and Practice with Sadhana Hall, Deputy Director of the Rockefeller Center for Public Policy and the Social Sciences at Dartmouth College.

A native of Brazil, Perruci served as the Interim Provost for two years (2011-13) while maintaining an active role in the McDonough Program.

Aside from his teaching, research, and administrative duties, Perruci also served as a consultant for The New York Times, focusing on the newspaper's educational programming for leadership students. His other consulting assignments included a review of the Department of Leadership, Ethics, and Law (LEL) at the United States Naval Academy (Annapolis, Maryland) and an evaluation of the leadership program at Zayed University in Dubai, United Arab Emirates.

Perruci was the Past Chair of the Board of Directors for the International Leadership Association, Inc. (ILA), a global nonprofit organization focused on the study and practice of leadership. He was also a frequent guest analyst for the London-based BBC World Service and Paris-based Radio France International broadcast to Brazil.