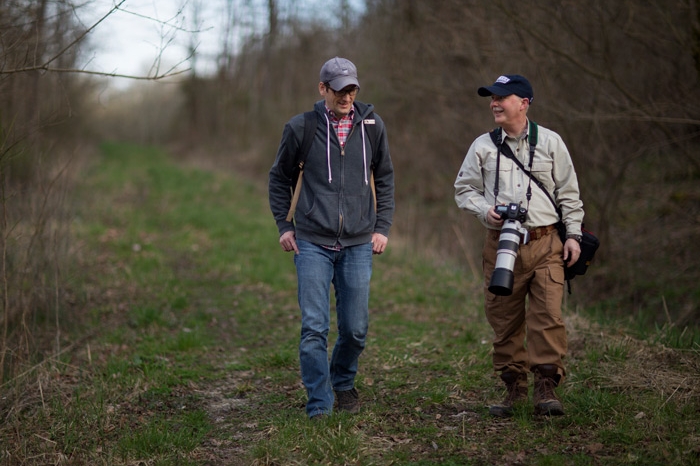 Marietta College’s Dr. Dave McShaffrey, a Professor of Biology, admits he was “a little bit shocked” to be honored recently by the Ohio Biological Survey.

McShaffrey received the Herbert Osborn Award during the recent Ohio Natural History Conference held in Columbus, Ohio. The award is named after the Ohio Biological Survey’s founder and recognizes significant accomplishments and service in the field of biology specific to Ohio.

“It’s always nice to be recognized by your peers,” said McShaffrey, who is also the Ebenezer Baldwin Andrews Chair of Natural Sciences at the College.

The Ohio Biological Survey (OBS) is a consortium of colleges, universities, museums, agencies, metro parks, arboreta, zoos, other organizations, and individuals in Ohio and the surrounding region. He has been active on the society board of directors for years and in the 1990s he helped carry out an important dragonfly survey in Ohio that resulted in the publishing of a book. He is currently working to update that study.

“We are documenting whether we are finding the same species in the same places we did before,” he said.

McShaffrey was recommended for the award by a former Marietta College student who worked on the dragonfly project among others. MaLisa Spring ’14 is state coordinator for the Ohio Dragonfly Survey and works for the Museum of Biological Diversity. In her letter, she recalled the ways McShaffrey challenged his students.

“As an ace photographer, his lectures were filled with exceptional photographs that highlighted each new concept. He encouraged analytical thinking by creating his own modeling programs. These challenging models required groups of students to discuss caveats and implications with each ecological theory,” she wrote. “We became adept at discussing ecological concepts early on in the course.”

McShaffrey is known for his educational outreach activities, including his bringing experts from across the state to speak to naturalists in the Marietta area.

One ongoing project of McShaffrey’s is the development of the College’s biology field station located off of Ohio 26 near the Hill Covered Bridge. There, on about 70 acres of land that extends to the Little Muskingum, Marietta College students go to observe and collect specimens and practice techniques.

“We’ve had the property for over 10 years — we go out there to conduct experiments and take measurements,” he said of the Barbara A. Beiser Field Station. “Our hope is to have some equipment out there in the future.”