MCAA directors pass the torch to new members and leaders 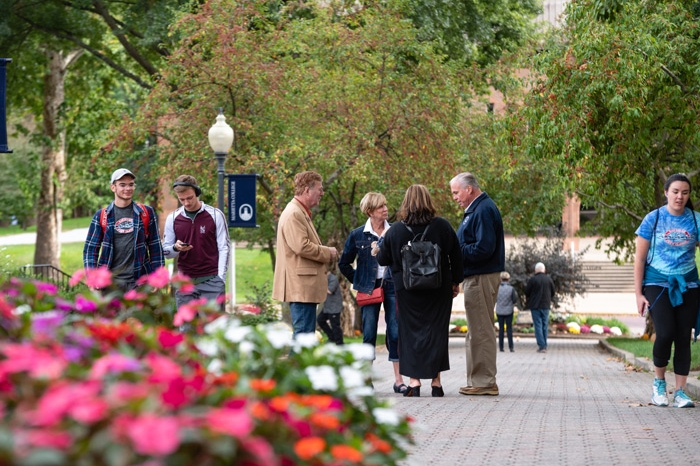 As the 2020-21 fiscal year drew to a close for Marietta College on June 30, eight members of the Marietta College Alumni Association (MCAA) Board of Directors completed their terms and transitioned to the College’s Adkins Society — an honorary society that recognizes the contributions of former board members and keeps them informed of current board activity.

Outgoing MCAA Board Chair Jack Hopkins ’65 served the Board for seven years, completing two three-year terms and serving an extra year to complete his tenure as Chair. He formerly served as Vice Chair. He passed the torch to former Vice Chair Susan “Jay” Hauck-Bell ’85, who assumes the Chair position. Michael Joliat ’06 was elected as Vice Chair and Melissa Clawson ’05 will be completing the second year of her two-year term as Secretary.

“Marietta College educates leaders, and our alumni are integral to this effort,” said Marietta College Vice President for Advancement Josh Jacobs. “All of us at the College deeply appreciate the work of these distinguished leaders who are dedicated to sharing their expertise and experience with today’s Pioneers.”

“The MCAA Board is in great hands and will undoubtedly rise to new heights in the coming year,” Hopkins said. “I can’t wait to see all the excitement that will be generated by this Board in the future, and I wish each and every one of our members great success and a deep sense of appreciation for their commitment as servant leaders to Marietta College.”