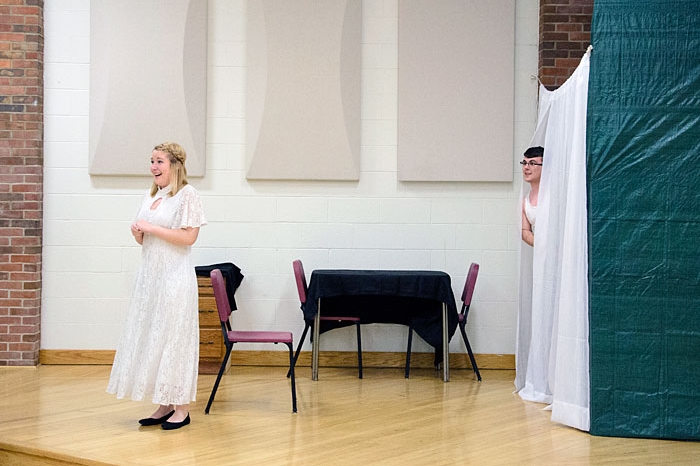 The opera, which is under the direction of Instructor of Voice and Opera Dr. Amy Yekel, is free and open to the public.

The Old Maid and the Thief is a one-act opera in English that was composed by Italian-American composer Gian Carlo Menotti. This musical work was originally written to be a radio opera. The storyline weaves a twisted tale of evil womanly power and morals. Menotti writes in the libretto “The devil couldn’t do what a woman can- Make a thief out of an honest man.”

“The students in this opera are enrolled in the Vocal Performance degree at Marietta College. The opera workshop and opportunities like this assist these vocalists in achieving experience both in their singing and acting careers,” said Marshall Kimball, Chairman of the Department of Music. “Under the tutelage of Dr. Yekel, a seasoned opera performer herself, these students receive not only a performance opportunity but also invaluable experience and insight into their future career. We hope many people will come out to support these students.”