Three alumni being inducted into Petroleum/Geology Hall of Fame 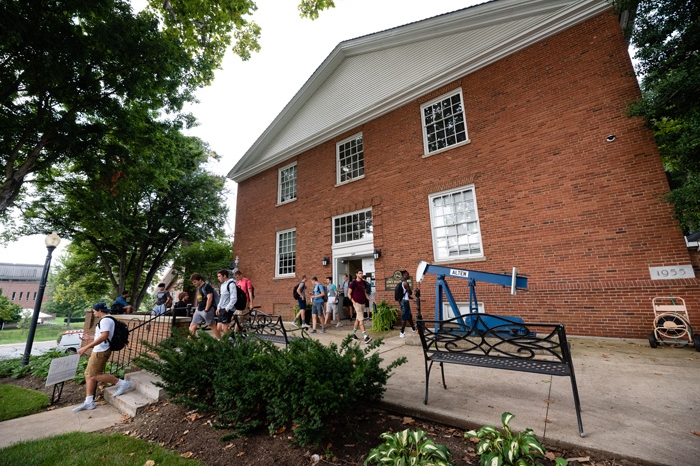 Three Marietta College alumni will be inducted into the Edwy R. Brown Department of Petroleum Engineering and Geology Hall of Fame during a special ceremony that starts at 6:00 p.m., Thursday, April 25th, at the Lafayette Hotel’s ballroom.

White, who passed away in 2009, had a career that spanned more than 50 years and began with Halliburton Services Co. He formed W.E. White Petroleum Consulting in 1962, and he also served as vice president of Atlas Energy Co. in Pittsburgh, Pennsylvania. White was also president and CEO of Resource Exploration in Canton, Ohio, and president of Belden and Blake Corp. in North Canton, Ohio.

After a stint in the Army, as well as working in the Pennsylvania, New York, Ohio, and West Virginia oil fields in a variety of jobs, Heinrich went back to college and earned a Bachelor of Science in Petroleum Engineering from Marietta. Beginning in 1968, Heinrich pioneered deep drilling in Southeastern Ohio while expanding the development of reserves from Berea to Devonian shale, Marcellus, Oriskany, Clinton-Medina and Utica. He was a founding member of the Southeastern Oil and Gas Association and still serves on the board.

Pottmeyer was president of Producers Services, an employee-owned company, from 1994 until his retirement in 2017. He started his career with Halliburton and worked in various engineering and sales roles from 1974-81 in both the Western and Northeast U.S. Basins. In 1981, Pottmeyer was part of the start-up team for Zanesville, Ohio-based Producers Service Corp. where he served as Vice President of Engineering. He was also a member of the Marietta College football team.

The Marietta College Department of Petroleum Engineering and Geology Hall of Fame is dedicated to the celebration of the outstanding accomplishments and contributions of its alumni and friends. Whether meritorious achievement or service falls within the realm of their profession, education or community, the Hall of Fame honors those whose leadership, innovation and dedication have substantially advanced the interests of the industry, the College or society.