“The Playboy of the Western World’ opens Jan. 31 at Marietta College 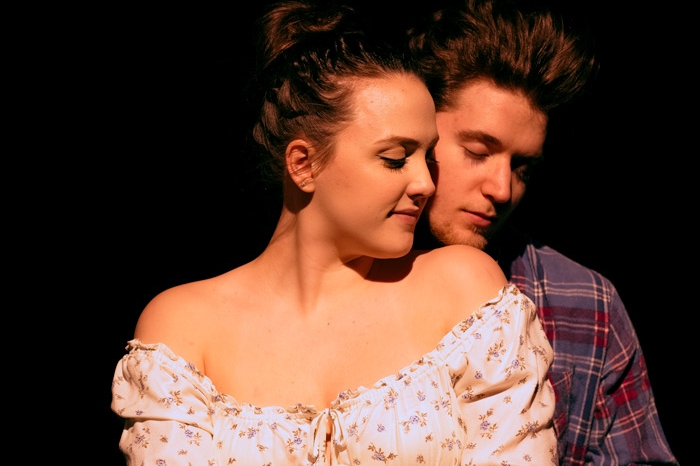 Theatre instructor Melissa Hill Grande believes “The Playboy of the Western World” is the perfect performance for theater novices or regular audience members to find out what happens to a confessed murderer.

The Theatre at Marietta College is excited about its performance of J.M. Synge’s play, which opens at 8:00 p.m., Friday, January 31st, in the Friederich Theater.

“ ‘Playboy’ holds a special place in my heart because it is the play that got me started on my journey to study Irish theatre,” said Director Melissa Hill Grande. “It is funny, and moving, and timeless — though it was written at the turn of the 20th century, the themes of love and hypocrisy, and the desire to be more than you are, still resonate today.”

One night, a scruffy young stranger, Christy Mahon — played by Sam Bartlett ’22 (Marietta, Ohio) — stumbles into Michael James Flaherty’s public house on the wild coast of County Mayo in Ireland. After much hemming and hawing, Christy eventually claims he is a decent lad on the run after killing his father.

Enjoying the bold story, the locals welcome Christy as a hero, and Flaherty’s barmaid daughter Pegeen Mike — played by Madison Roe ’20 (Waterford, Ohio) — falls for him, much to the dismay of her betrothed. What will happen when the truth comes out?

“Ever since my first show at Marietta College, where I got the chance to showcase a British accent, I’ve wanted to do more accent work,” Roe said. “This show is so fun and my character is a completely new type and experience for me. With an Irish accent, a tough and snappy attitude, and a sharp tongue, Pegeen Mike has been such an awesome challenge. I am so proud to have this be my last performance as a senior and cannot wait for everyone to see the show!”

Synge’s play debuted in Dublin’s Abbey Theatre in 1906. Its blend of comedy and extreme violence caused much controversy during its initial run. Still, it endures on stages around the world and has been adapted into films, operas and musicals. Today, it is considered equivalent to a PG-13 movie rating.