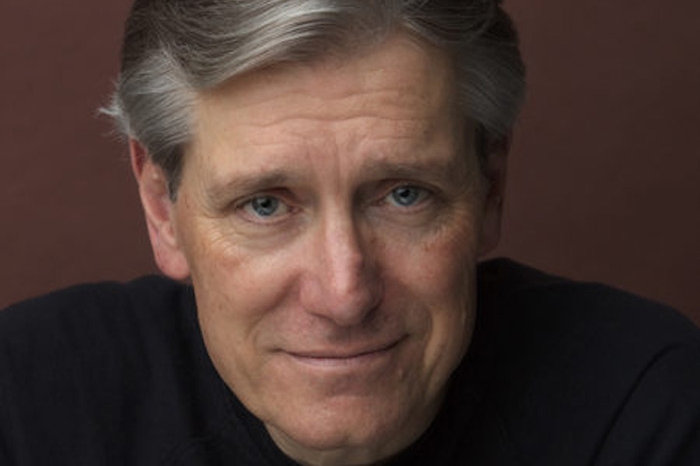 John DeMita, a seasoned voice actor, as well as a screen and stage actor and director, will serve as the 2021-22 Schwartz Leader-In-Residence at Marietta College.

The Los Angeles-based actor and director will be on campus Thursday, August 26th, and Friday, August 27th, to meet with students and launch the program. There will also be, "An Evening with John DeMita," at 7:00 p.m., Friday, August 27th, in the Alma McDonough Auditorium. This event is free and open to the public (masks are required and must be worn correctly).

"Through the generosity of the McDonough Leadership Program, the Theatre Department will host a year-long initiative to offer our students the opportunity to learn about and practice one of show business' fastest-growing performance opportunities: voice acting," said Melissa Grande, Theatre instructor.

Students can choose to participate in one of the project tracks: acting or engineering/technical. Students will work with DeMita over Zoom throughout the fall and spring semesters, and then he will return to campus in the spring to continue the work with students in person.

"Voice acting offers many opportunities for actors of all ages and levels of experience," DeMita said. "It is one of the fastest-growing sectors in our industry, and a craft that can be honed and mastered in the privacy of one's home from anywhere in the world. In other words, this is the perfect time to bring new talent into the industry."

DeMita has voiced characters on television series, films and video games, while teaching and directing at USC in Los Angeles. He has also served as a voice director for Netflix International Originals.

For Netflix, DeMita has worked with actors to create English language dubs for films and television shows worldwide. The projects he has worked on include the films My Happy Family (Georgia) and The Resistance Banker (Netherlands), and the television shows Bordertown (Finland) and My Holo Love (Korea).

"As a voice director, I am always looking for new voices," DeMita said. "In my past projects with Netflix I have been lucky enough to work with some of the most successful artists in the industry, but I have also cast current and former students, fellow teachers, and many unheard voices from around the world."

DeMita is also an Associate Professor of Theatre Practice in acting at the USC School of Dramatic Arts. A graduate of Yale University (B.A. in Theatre Studies and English), DeMita was among the first students to receive an MFA in Acting from the American Conservatory Theatre in San Francisco. Since then, he has worked extensively in all aspects of the performing arts.

As a theatre actor, he has performed on the stages of the Oregon Shakespeare Festival, Pittsburgh Irish and Classical Theatre, Intiman Theatre, Pasadena Playhouse, Williamstown Theatre Festival, Pacific Conservatory of the Performing Arts, as well as the Hollywood Bowl, Pasadena Playhouse, Antaeus Theatre Company, Andak Theatre Company (Garland Award, Best Actor in a Musical for Liberty Inn), Victory Theatre, and the Pacific Resident Theatre - of which he was a founding member. Selected film and television credits include four seasons as Marine Colonel Clifford Blakely on CBS's JAG, series regular on Comedy Central's The Clinic, and in over 30 guest star and recurring roles.

The Schwartz Leader-In-Residence (LIR) Program, named in memory of Dr. Stephen W. Schwartz (1940-2006), the founding and longtime dean of the McDonough Center, is designed to infuse leadership across the Marietta College campus. The McDonough Center works collaboratively with a department to bring to campus an outstanding leader in the department's academic area of interest. During the academic year, the Schwartz LIR works with the department faculty to develop and implement a project that enhances the leadership knowledge and skills of the participants. The project is open to students in the department, based on selection criteria established by the department chair in close consultation with the Schwartz LIR.