Walking through a concourse just outside the rink at Nationwide Arena in Columbus, John Jaeckin ’18 was reminded why he came to Marietta College to study sports management.

“I hope that I can be lucky enough to find myself employed with a major league team one day,” says the Olmsted Township, Ohio, native. “It wouldn’t matter what sport I was involved with because each sport has a major following in some way, and being able to put on a massive event like this would be a dream come true.”

Jaeckin was one of four Marietta College students who spent a day interacting with employees of the NHL’s Columbus Blue Jackets before and during a game against the Toronto Maple Leafs. Rob Hennings ’20, Jack Hirschfield ’20 and Amanda Arrowood ’19 also shadowed Blue Jackets employees and assisted throughout the evening.

The experience was informative and enjoyable for Arrowood.

“I enjoyed knowing in detail what the people who work for the Blue Jackets do, rather than just knowing the fact that there are people in those positions but never knowing what their job description meant,” says the Reynoldsburg, Ohio, native.

The students started the day with a tour of the arena, and they also met with different departments, including marketing, product partnerships and the ticket office. 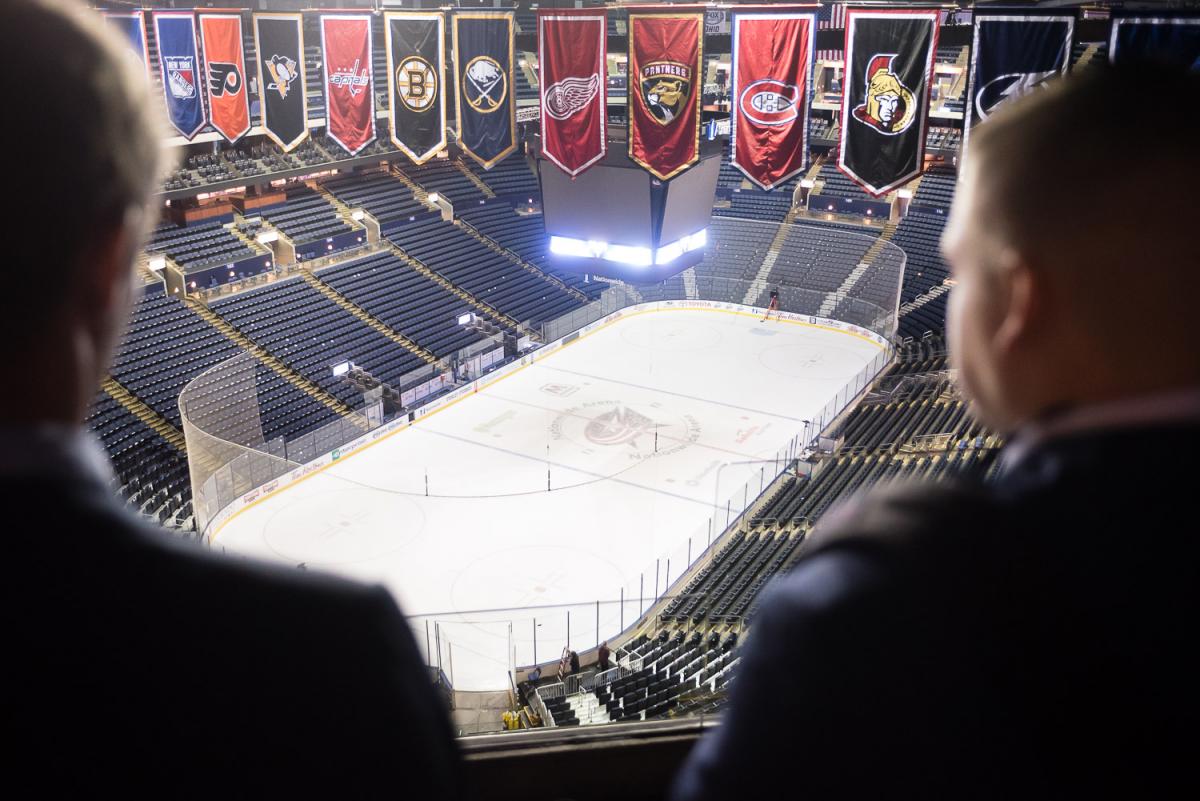 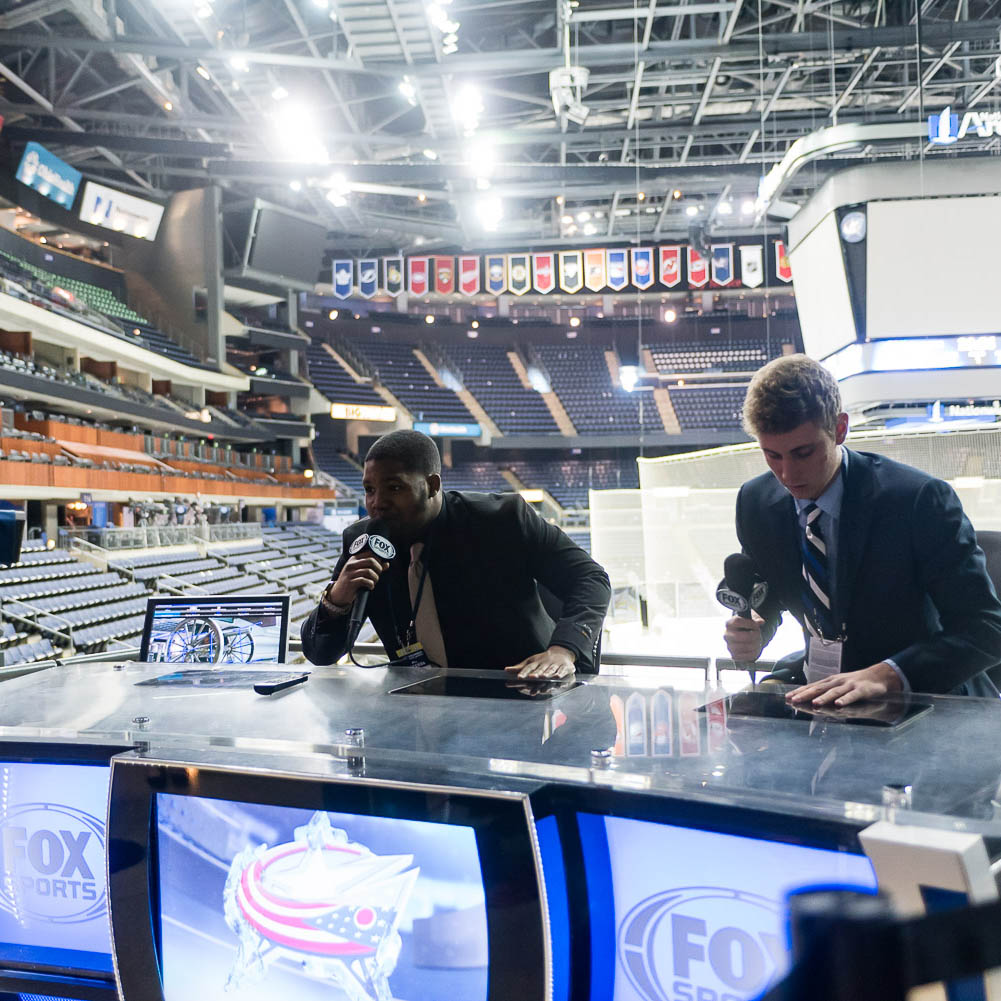 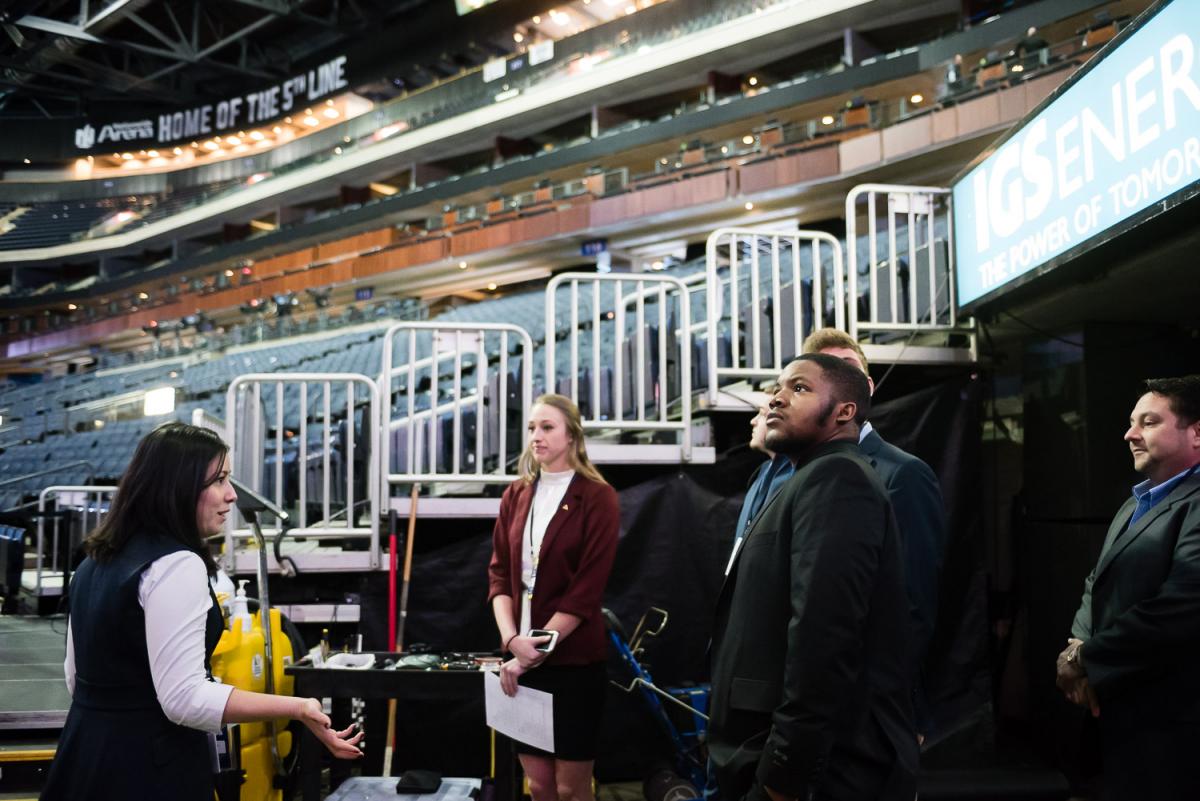 “Having these connections can give you that needed edge over the competition when it comes to the job hunt. Being able to say I was involved with the Columbus Blue Jackets during a game day atmosphere is not something a lot of people can say.”
— John Jaeckin ’18

“Experiences like this are so valuable because it gets your foot in the door. It gives connections between students here at the College with those employed with pro sports teams,” Jaeckin says. “Having these connections can give you that needed edge over the competition when it comes to the job hunt. Being able to say I was involved with the Columbus Blue Jackets during a game day atmosphere is not something a lot of people can say.”

Setting up these type of opportunities for Marietta’s students has been a priority for Rick Smith, Assistant Professor of Sports Management, since he arrived in August. During fall semester, students in the program did job shadowing at the University of Notre Dame, West Virginia University and with Heinz Field during a Pittsburgh Steelers game. In the spring semester, students have worked with Columbus Sports Commission and the NCAA Division II Women’s Elite 8 and ticket operations at the University of Akron.

“The Columbus Blue Jackets were fantastic hosts for our job shadowing experience,” Smith says. “The students were able to see the behind-the-scenes work of the game presentation team, ticketing staff and corporate sales team. Perhaps one of the most eye-opening things learned is that two interns, who are both still in undergraduate degree programs, are helping to run the game presentation. It gives our students a realistic look of what they could be doing in the near future with their internship requirements and eventual degrees from Marietta College.” 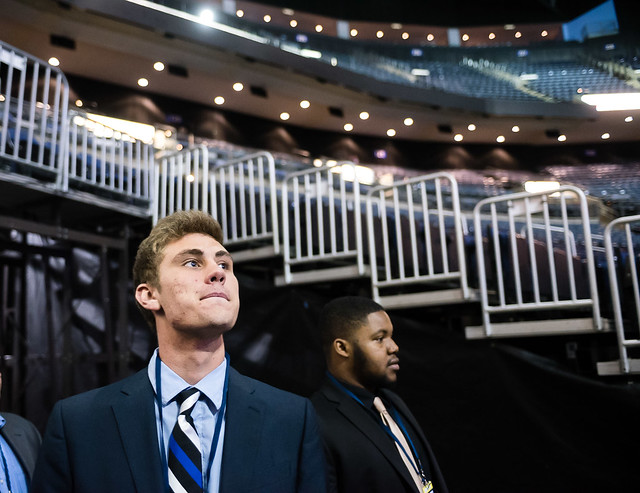