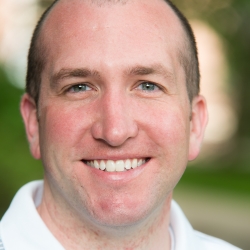 Kole Vivian was named the 13th coach for Marietta College's women's basketball team on April 25, 2016. He was the assistant coach the previous four seasons as the program enjoyed renewed success. In his first season, the Pioneers enjoyed one of the program's best seasons by going 16-10 and advancing to the OAC Tournament semifinals. In his second season as head coach, Vivian guided the Pioneers to the greatest season in team history — including the program's first Ohio Athletic Conference Tournament championship. Marietta went 24-5 during the 2017-18 season and advanced to the NCAA Tournament. In two seasons, Vivian has a 40-16 record.

Coach Vivian spent four years as the assistant women’s basketball coach at the University of Wisconsin-Stevens Point. He assisted in all facets of the program and helped develop 10 all-conference and three All-American players. The program also won four conference tournament titles and reached the Sweet 16 and Elite 8 during his time as a coach. He also served as videographer for Stevens Point from 2004-07 and was promoted to student assistant coach for the 2007-08 season.

Vivian left the Pointers in 2011 and coached the Stoughton High School girls basketball freshman team. A 2003 graduate of Barneveld High School, Vivian participated on two conference championship boys basketball teams and he finished with a three-year record of 58-9.