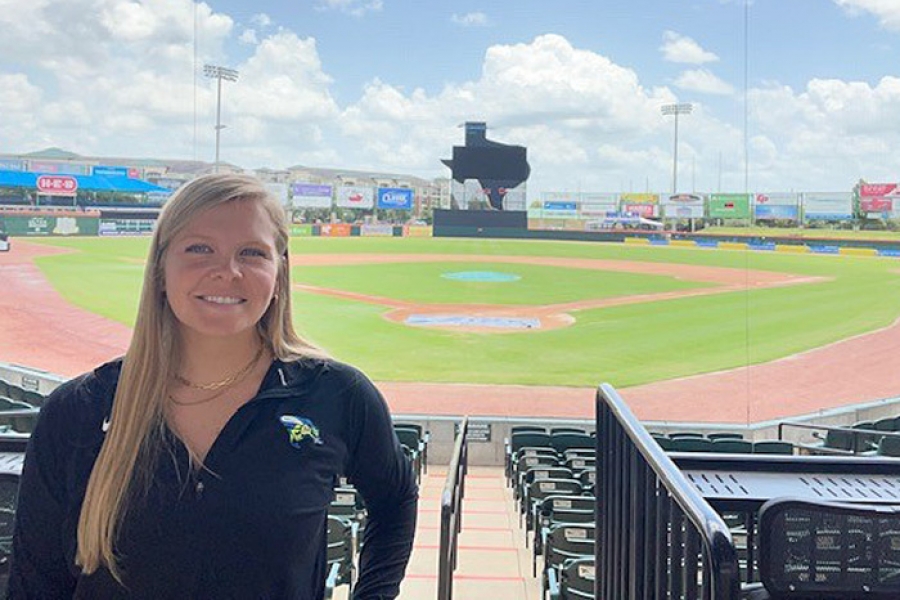 At least once a day, Kaitlin Nieberding ’17 pauses for a moment and cherishes the fact that her office is at Constellation Field — home to the Sugar Land Skeeters minor league baseball team. “Whenever I meet someone who says they have a great view from their office window, I let them know my view is one of the most beautiful minor league baseball stadiums in the country,” she says. “I prefer my view of the 7,000 seats filled with fans over any view they may have.”

I love being able to help people and find what they need to make their experience at the games enjoyable.

Kaitlin joined the Skeeters in 2017 after she and her husband, Tyler Nieberding ’17, moved to the Houston area following graduation. At the time, the organization was in the independent Atlantic League of Professional Baseball. Kaitlin started off by working retail at an off-site location, but quickly made a positive impression and was promoted to Box Office Manager four months later.

Starting November 2020, Kaitlin and her colleagues experienced a five-month whirlwind as they learned the Skeeters would become the Class AAA affiliate of the Houston Astros and needed to be ready for the season opener in May. According to the Sugar Land Skeeters, they are the first independent team to make the leap from independent to Class AAA.

“We’ve had to do a lot of learning on the job, but it is the coolest transition that I could ever imagine,” Kaitlin says. “Everyone from the Astros has been extremely helpful to work with. We had to hustle to make a lot of changes, but most of them were changes we should have made and we did it all without much time.”

With only 25 employees, Kaitlin is asked to assist with marketing, media relations and even scheduling the game-day staff. But her top priorities are customer service and customer retention.

“I have about 80 clients I work with on a weekly basis,” she says. “I love being able to help people and find what they need to make their experience at the games enjoyable.”

A former standout softball player at Marietta College, Kaitlin says finding a career in baseball was always a dream of hers.

“I love what I’m doing and being a part of this amazing team,” she says. “Of course, like everyone working here, I hope one day I can call Minute Maid Park my office and work in the Major Leagues with the Astros.”

See how our Students and Alumni are Blazing New Trails
I, Pioneer 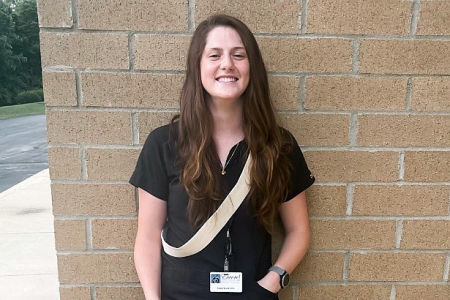 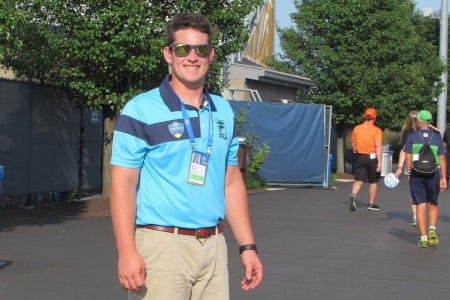 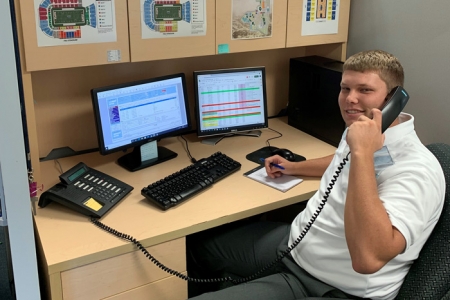 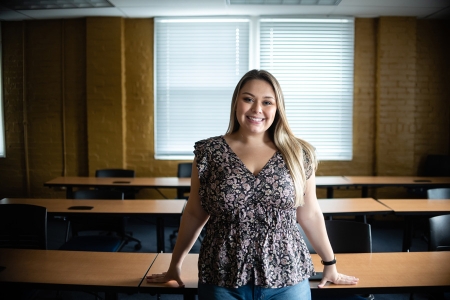