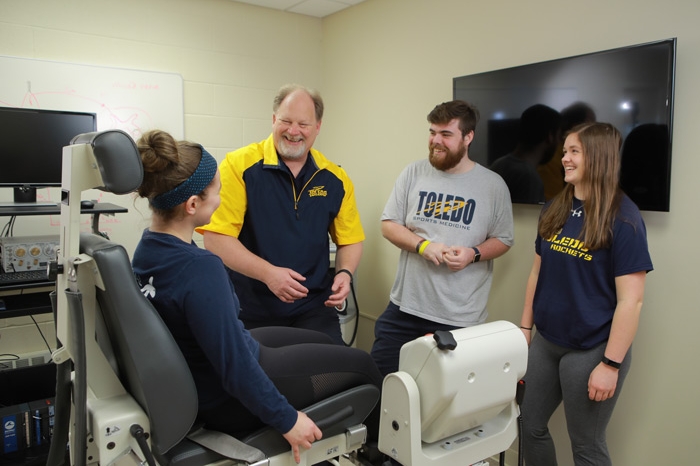 Dr. Chris Ingersoll ’85, who was the Vice Provost for Health Science Affairs and Dean of the College of Health and Human Services at the University of Toledo, will be the founding dean of UCF’s College of Health Professions and Sciences starting on July 9th. He was inducted into the organization’s Hall of Fame after serving in various positions with the organization including president of the NATA’s research and education foundation.

“The foundation raises money for scholarships and grants for athletic training students,” he said. “The profession is not terribly old, getting the knowledge base up and supporting students is important.”

He also served as past Associate Editor and Executive Editor of the Journal of Athletic Training, which is a monthly, peer-reviewed journal highlighting research and scientific advancement in the field.

Ingersoll said the profession has changed over the years and continues to evolve. He said you’ll now find athletic trainers anywhere there are active people. 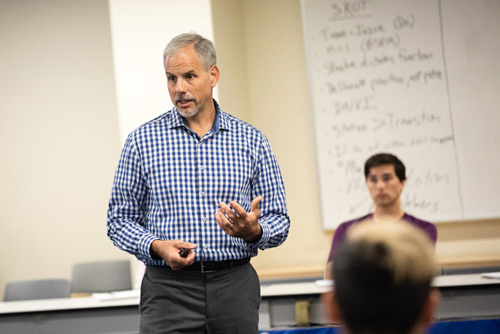 Geisler started his career in the clinical setting and then moved to academia. He was the national director for HealthSouth Sports (golf, soccer and baseball) and was the former owner of SPEC Systems Inc. & KineticGolf Program. He joined Ithaca College in 1991 and was appointed to his current position in 2018.

“That more than 20 years of clinical experience is the foundation of what I teach,” he said.

Like Ingersoll, Geisler also experienced the shift to a more medical-based education for athletic training in the ’90s and says there’s another shift in the profession under way.

“We’re collecting information … proving that what we are doing is working,” he said.

“Paul Spear was ahead of his time,” Ingersoll said. “He demanded a lot from us. He was preparing us to be health care providers, not coaches. He was a visionary and I’ve seen the profession evolve into that vision.”

“The (Marietta College) program was medical-based,” Geisler said. “We came out with higher medical acumen.”

Ingersoll and Geisler, now educators, see athletic trainers having to upgrade their skills and be more involved in care where in the past physicians and others would be involved. Soon, athletic trainers will be required to obtain a master’s degree in order to practice — Marietta College will make that transition over the next few years.

“Students are going to have to take their chemistry and physics and have a strong science foundation,” Ingersoll said. “That may scare some, but they will have to be prepared for the athletic training of the future.”

NATA is the professional membership for certified athletic trainers. It represents 43,000 members worldwide. Its convention was held in Las Vegas this summer.