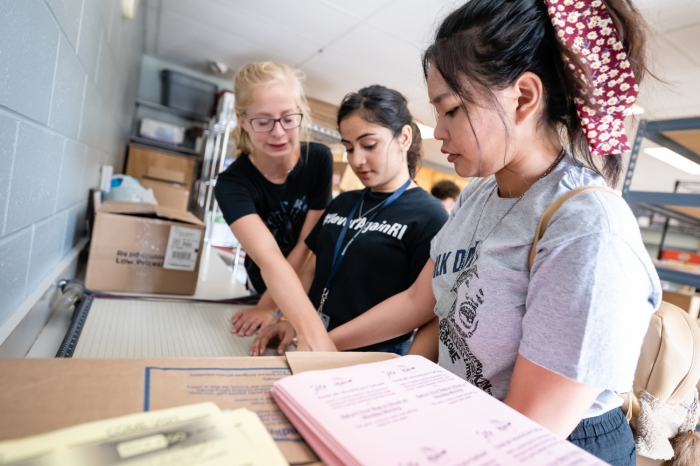 Alumni, students and faculty alike know that Marietta College offers one of the best educations that the United States has to offer, and College Factual has the numbers to back it up.

College Factual recently released its 2020 rankings, and Marietta College is ranked 472nd out of 1,727 colleges and universities in the nation, moving up from 545th last year. For more than 30 years, Marietta College has been ranked among the nation’s and region’s best in U.S. News & World Report, Forbes.com and Washington Monthly.

Top-rated programs at Marietta College received their own accolades; Biochemistry, Engineering, Geology, and Physics were touted amongst the best in the nation according to the College Factual algorithm, which focuses on post-graduate salary, value and focus of study. In-demand majors at Marietta, including Psychology, Education, Pre-Med (track) and Business were found to produce some of the highest-paid graduates nationwide.

High marks in program quality were found in a variety of majors, including Accounting, International Business, Communications, Public Relations, Computer Information Systems, Mathematics, Political Science, as well as Drama and Theater Arts. Other studies produced by College Factual found that Marietta College was amongst the top 15 percent of ranked schools nationwide for D3 Basketball as well as for veteran support. Additionally, the campus is considered very diverse based on its southeastern Ohio location, with a nationwide ranking of 678 out of 2,183.

Overall, Marietta College received 13 “badges” for various programs of study in categories including Top Ranked nationwide, Best Value, Most Focused and Highest Paid. Engineering, Natural and Physical Sciences, and Natural Resource Management received particularly high accolades here, with the Engineering program being ranked as the top 1 percent in the country for post-graduation salary, and top 5 percent in the country for Best Value.