‘Dean of Harry Potter Scholars’ to speak at Marietta College 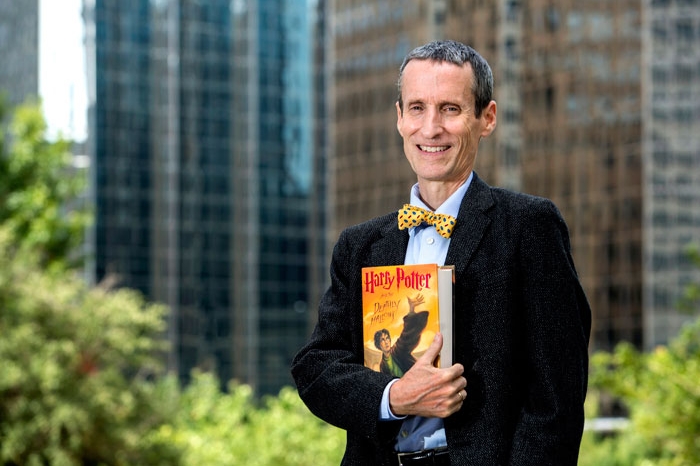 John Granger, the author of six books and an internationally recognized expert on the subject of J. K. Rowling’s “Harry Potter” saga, is giving a talk on “The Seven Keys to Harry Potter,” at 7:00 p.m., Thursday, September 28th, in the Timothy O. Cooper Auditorium.

The event is free and open to the public.

“John Granger was the first to write critically about the Harry Potter series in 2002 and he is one of the most important scholars of the Harry Potter works, having written many books  on the subject, lectured at dozens of festivals and universities, hosted a popular podcast, and posted at the blog HogwartsProfessor.com,” said Dr. Katy McDaniel, McCoy Professor of History.

“(Granger) is most known for his uncanny ability to predict what would happen in the series while it was being written,” McDaniel said. “His influence in the Potterverse has been such that it is hard to imagine what Potter scholarship would have or could have been without him. Over his rich and productive career, John Granger has always valued Harry Potter fans, young and old, and placed himself in a position to help educate people — and encourage them to educate themselves—about J.K. Rowling’s work.”

Granger’s talks have been called “fun, energetic, challenging and thought-provoking,” according to McDaniel.

“Those who come to see his talk will leave with nuggets of wisdom they wouldn’t expect and a new appreciation of this popular book series,” she said.