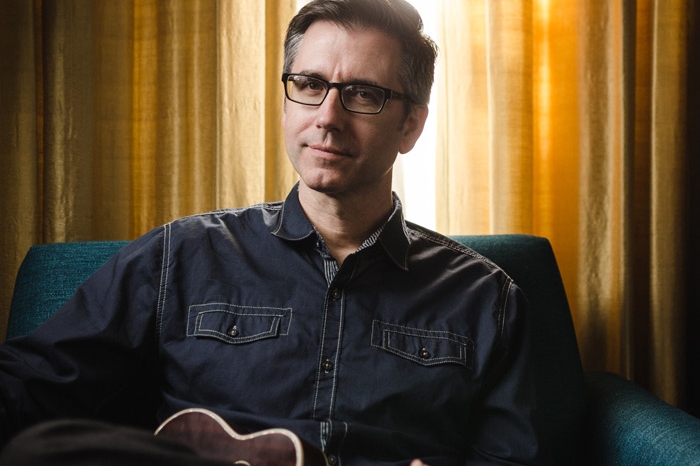 Todd Burge, who is considered to be one of West Virginia's most prolific singer/songwriters, has agreed to be the new Director of the Esbenshade Series at Marietta College.

Burge, who is a native of the Wood County, West Virginia, area, replaces Tanya Wilder, who helped earn the Esbenshade Series an international reputation over the past six years.

"I am excited and proud to have been asked by Tanya Wilder to take over the role of Esbenshade Director," Burge said. "Tanya has brought in so many fine performers from all around the world, and I plan to extend her vision as well as add a touch of my own. I would also like to thank the Esbenshade family and Marietta College for entrusting me with this long-standing tradition of quality programming."

Burge, who has been performing live over the past five decades as a solo artist and with bands like 63 Eyes and Triple Shot also serves as a talent buyer for the Peoples Bank Theatre in Marietta. Over the last two decades, Burge has promoted and presented hundreds of shows in the Mid-Ohio Valley and beyond.

He has also performed regularly on Mountain Stage, which has been produced by West Virginia Public Broadcasting for nearly 40 years.

Dr. Janet Bland, Marietta College's Provost, said Burge is the best person to replace Wilder and continue attracting performers from around the world that will attract a big crowd.

"We are excited to welcome Todd Burge as our new Esbenshade Director," Bland said. "When Tanya indicated that she was retiring, and I asked her who she would recommend replacing her, her immediate response was 'Todd Burge.' Todd brings all of the connections and expertise we have come to value and expect from our Esbenshade Director, with the added extra of being an immensely talented singer/songwriter himself."

Burge has played everything from Alternative Rock to Contemporary Folk, performing concerts at festivals and in venues as diverse as CBGB's, The Country Music Hall of Fame, The Kennedy Center, Songs at the Center, and of course, literally hundreds of clubs including the obscure, to the world-famous Caffe Lena, Club Passim and Music City Roots.

All events are free and open to the public. The 2022-23 schedule will be available soon.

Learn more about Burge at www.toddburge.com.