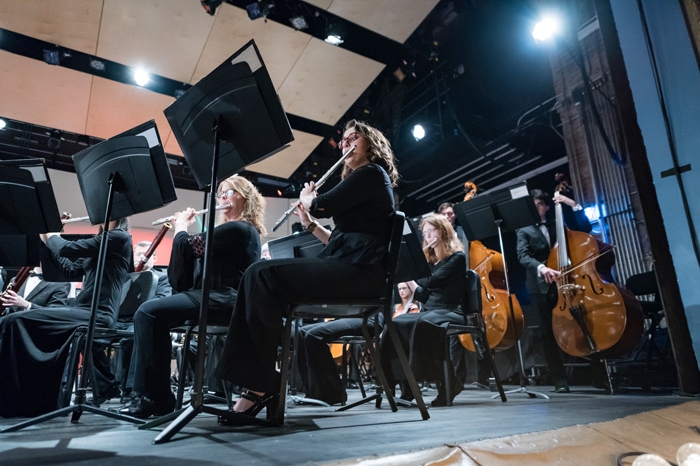 The concert, which is entitled “Moved by Music,” features performances by the Symphonic Band and the Wind Ensemble, under the baton of Marshall C. Kimball, Director of Bands and Instrumental Activities at Marietta College. The concert is open to the public and is free of charge.

“Many of the compositions in this concert are comprised of multiple movements, however, the title implies much more than that,” Kimball said. “We, as human beings, react to different styles of music and compositions in very individual and personal ways. What one individual considers uplifting, another may find as more somber, because of previous life experiences that are brought to one’s memory by hearing the same composition. The concert has been rehearsed and created to stir emotions in each member of the audience and to heighten emotional awareness. We hope that this music is therapy for the listener’s soul and helps everyone experience a multitude of emotions and thoughts.”

Selections being performed by the Symphonic Band include English Folk Song Suite by Ralph Vaughan Williams; Sheltering Sky by John Mackey; and La Fiesta Mexicana by H. Owen Reed.  The Wind Ensemble will close out the evening’s concert with performances of Whirr, Whirr, Whirr by Ralph Hultgren followed by Suite from Carmina Burana by Karl Orff, arranged by John Krance.