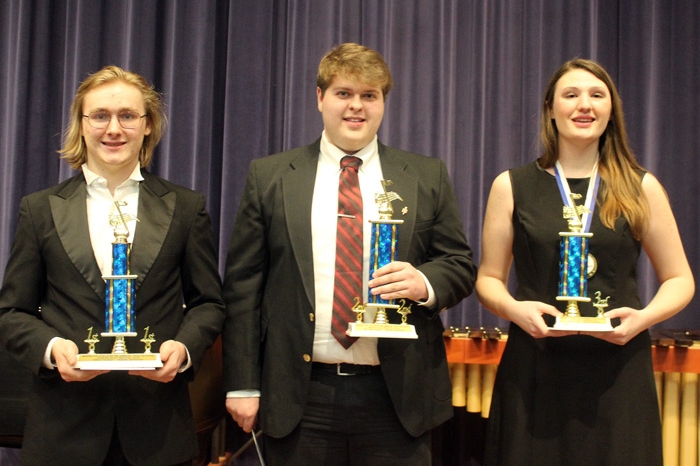 “This was our second largest one with a total of 31 performances and a wide variety of instruments and voice,” said Marshall C. Kimball, Music Department Chairman. “Thanks to our college Music majors, the event was probably the smoothest event that we’ve had. The students help in the organizational process and then serve all day long to make certain that the event is well organized. From registration to ushering, stage manager, guides, doorkeepers/timers for accompanist rehearsal time, and photographers, the students learn all the elements it takes to plan and carry off an event. It’s a great learning experience for them.”

The event is hosted by the Edward E. MacTaggart Department of Music and the Marietta College chapter of the National Association for Music Education Collegiate (CNAfME).

Performing to a large crowd in the Alma McDonough Auditorium, 31 high school musicians, representing 13 high schools and three private studios, presented their musical solo work for a panel of judges who decided the top three places in each category.

Prizes for each division were $150 and trophy (first place), $100 and trophy (second place) and $50 and trophy (third place). All student performers received a specially designed medallion in recognition of their musical achievements.

Other students placing in the competition were:

“We had probably the largest audience we have ever had,” Kimball said. “The appreciative audience obviously enjoyed the performances of all the students, although some of the families also had their favorites at the same time. It’s heart-warming to bring a group of high school musicians together to allow them to show their talents but to also give them an opportunity to network and support each other.”