Theatre at Marietta College to Perform The Laramie Project 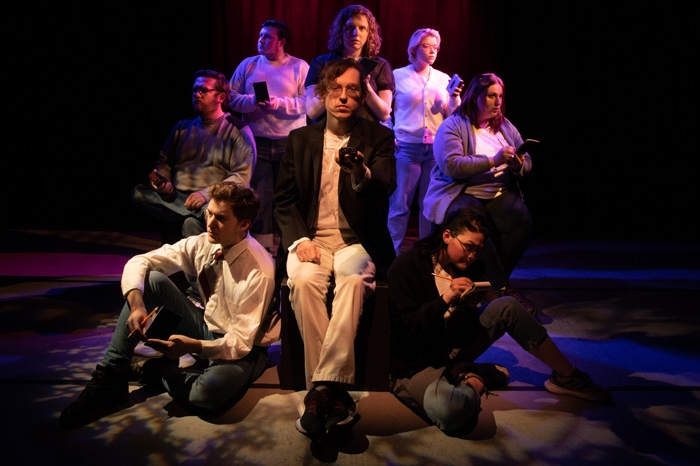 The Theatre at Marietta College is excited to announce the upcoming performances of The Laramie Project that will be live-streamed at 8:00 p.m. on February 12th, 13th, 19th, and 20th.

“The Laramie Project is the true story of a New York theatre company that traveled to Laramie, Wyoming, to interview its residents and tell the story of Matthew Shepard,” said Casiha Felt, Director and Adjunct Professor.

In 1998, Shepard, a young gay man, was severely beaten and left tied to a fence outside Laramie. In the aftermath and during the trial of the men accused of killing Shepard, Moisés Kaufman and fellow members of the Tectonic Theater Project conducted more than 200 interviews with people of Laramie, some directly connected to the case and other citizens of the town.

From these interviews and their own experiences in Laramie, Kaufman and Tectonic Theatre members created The Laramie Project, a breathtaking theatrical experience exploring the depths to which humanity can sink and the heights of compassion of which we are capable.

“This happened over 20 years ago, and it astonishes me just how relevant this play still is,” Felt said. “We see a small-town struggle to recognize the underlying hatred and fear underneath the tolerance they preach. The students and I are honored to share this powerful and heartbreaking show with our community.”

Access to the live stream can be purchased through www.showtix4u.com/events/MCTheatre for a small fee to cover the cost of the streaming service. Marietta College students and employees will be able to see the show through Panopto on the performance dates.